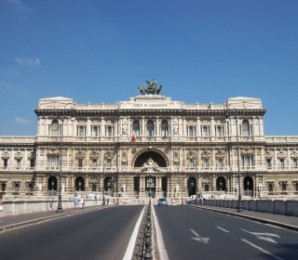 The Italian Supreme Court surprised the international community yesterday by overturning the convictions of Amanda Knox and Raffaele Sollecito for the 2007 murder of British exchange student Meredith Kercher.  According to experts the ruling is final and puts an end to the high profile case which has dominated European tabloid headlines for years.  Under Italian law new criminal charges cannot be brought.

The Court of Cassation as it is known issued the ruling at nearly 11:00 PM Rome time, about eight hours after deliberations had begun. Even attorneys for Knox and Sollecito were surprised by the verdict. Other possible outcomes had included confirmation of the lower court’s guilty verdict or sending the case once again back to the trial court for a new judgement. A less serious conviction for defamation against Ms. Knox for naming a man named Patrick Lumumba during a difficult all-night interrogation still stands but is covered by time she has already served.

In a statement shortly after the verdict, Ms. Knox said:

“I am tremendously relieved and grateful for the decision of the Supreme Court of Italy. The knowledge of my innocence has given me strength in the darkest times of this ordeal. And throughout this ordeal, I have received invaluable support from family, friends, and strangers. To them, I say: Thank you from the bottom of my heart. Your kindness has sustained me. I only wish that I could thank each and every one of you in person.”

The mother of the victim, Arline Kercher, was quoted as saying she was “surprised and shocked” by the verdict. Over the years the Kerchers have commented only a handful of times publically.  In measured language they have made clear that they believed Knox and Sollecito had been involved in the murder of their daughter. 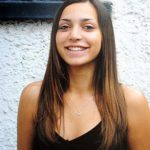 While news coverage of the story has been overshadowed by the story of the Germanwings crash, a number of articles and news segments in the days leading up to the Court’s latest decision differed significantly from previous reporting. The recent coverage has discussed the sharply different perceptions of the case between the US and Europe and has examined the “trial by social media” aspect of the saga.

Back in 2007, Facebook and online media comment sections were in their infancy. By 2015 the case had probably generated more volume in these areas than any other story in history.  The normally quiet comment sections, usually now linking to Disqus software, would often garner over 1000 entries on stories about the Kercher case. This earlier Groundreport article I had written got close to 10,000.  The vast majority of Grounderport articles have none.

The verdict is presumably even more stunning for the cottage industry of pro-guilt bloggers who suddenly will have nothing to do.  Most had assumed that the online battle about the case would continue for years as the case progressed to the European Court of Human Rights. 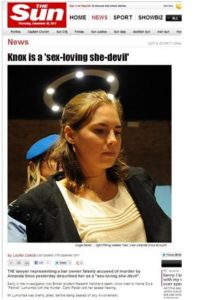 While most experts had expected a guilty verdict, it was hardly because anyone believed in the evidence.  The greater concern was that the Italian court would employ the same questionable logic it had used before.

While Knox and Sollecito’s detractors had often complained of a well-financed public relations campaign, the reality was that a formidable grass-roots effort had come together.  Their ranks included three retired FBI agents, an American judge, one of the world’s most acclaimed experts on DNA technology (Peter Gill), a Pulitzer Prize winning columnist for the New York Times, and many other respected journalists. They were all breathing fire.

In summary they believed the case was a tragic but very simple crime by a troubled male named Rudy Guede.  Guede had left physical evidence all over the crime scene and he had fled to Germany the following day. He had a history of knife violence and he had committed burglaries in the weeks prior to the crime that bore strikingly similarities to what investigators had found at the crime scene.

These experts also pointed out that female participation in this type of crime is rare and generally involves a long-term dysfunctional relationship with a manipulative male.

As the saga comes to an end, perhaps the European journalistic community will take a close look at how they went wrong. The British tabloids in particular latched on to the lurid sex-game gone wrong scenario put forth by the prosecution. Their failure to try and find out more about Rudy Guede has been criticized by the author of one of the best books about the case, Nina Burleigh.  The worst offenders here include Barbie Latza Nadeau of the Daily Beast, Nick Pisa, and Andrea Vogt.

While the performance of the British tabloids was perhaps predictable, the efforts at Wikipedia were far more troubling.  The popular online encyclopedia that anyone can edit has forever changed the way that people obtain knowledge. The vast majority of their articles are well written and accurate, but not the Kercher article. It may well be the most troubled entry in their history. The problem was a group of hate-filled British administrators who would delete the accounts of any other editors who disagreed with their view that Knox and Sollecito were guilty. The powers that be at Wikipedia know of the problem but have so far done little to correct the article. Wikipedia is particularly important because it appears at the top of almost any Google search. 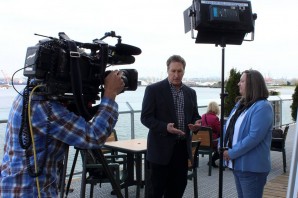 Supporters of Knox are Interviewed

What’s most surprising about the online hate campaign against Knox and Sollecito is that some of the worst offenders are not just trolls without a life.  Many appear to be well educated with good jobs and friends.  How they took such a wrong turn here, I do not know.

As the verdict neared, Knox’s supporters were particularly worried about Raffaele. While Amanda was safe in the United States and probably immune from extradition, he was in Italy and almost certainly faced immediate imprisonment if the conviction were upheld.  Sollecito was of course collateral damage all along.  The vast public interest in the case had always focused on the photogenic Ms. Knox.

The case is over. Raffaele and Amanda are free to get on with the rest of their lives.  The grass-roots supporters will move on.  Let’s hope the pro-guilt faction disappears also.