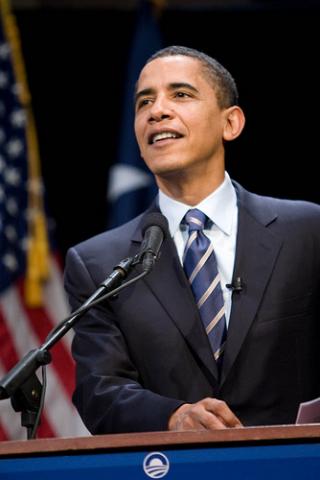 In Indonesia, however, Obama is already considered a hometown hero. Comments about being a "true friend" to Israel have had little effect in the predominantly Muslim nation. What Indonesians know is that Obama, who spent four formative years here, is the better man to take the American presidency.

Obama lived in the capital Jakarta with his mother and Indonesian stepfather from the ages of 6 to 10. His time abroad bolsters the little experience he has had dealing with foreign policy, but even that perspective has a more human, less bureaucratic element. "When I speak about having living in Indonesia, having family that is impoverished in Africa, knowing the leaders is not important," he told a crowd along the campaign trail. "What I know is the people."

And the people in Jakarta hope that will be enough to affect America’s image of their country.

"Barak Obama was in Indonesia for a long time, so he understands Muslim culture," said Edi Kusyanto, an English teacher at SDN Menteng elementary, the school Obama attended as a child. "He knows how to make American people understand about Indonesia. It’s very important for him to change American thinking."

Edi hopes Obama can create an education exchange that will increase sharing and knowledge between Indonesia and the United States, something similar to the homestay program Indonesia currently operates with Australia.

Former teachers and classmates all reflect fondly on the boy they remember as liking to draw and play basketball. Those who didn’t know Obama personally are just as eager to discuss his run for the presidency. "I never thought a black man would be the next American president," noted a man whose daughter currently attends Menteng elementary.

It might just be charisma. So far Obama has given few details about how he would deal with America’s friends or enemies. On Wednesday, when speaking to the American Israel Public Affairs Committee in Washington, he said US foreign policy must be altered – and he sees little difference between what he believes are the failed policies of the current administration under George W. Bush and the foreign policy aims of Senator McCain.

He also has said he would willingly engage country’s opposed to the United States, such as Iran and Cuba. To people living beyond America’s borders this type of interaction would do much to improve the United State’s image, but is that enough in the mind of US voters to sweep Obama into the presidency?

Some say charisma is just part of Obama’s plan to win the presidency, that his magnetism will go far in future discussions with world leaders. It also doesn’t hurt to be convincing, to have just the right blend of gusto and sincerity that tells the world you mean what you’re saying. In an interview with National Public Radio, Richard Land, public policy chief for the Southern Baptist Convention, said an election between Obama and Republican candidate John McCain would be "more positive for the country." And that seems to be the change the United States needs.

With five months to go before Americans head to the polls, squabbles over identity are sure to intensify. But battles over religious affiliation, skin color or even experience should not take center stage. What matters is that the next U.S. president brings a willingness to understand other people, other cultures and different perspectives in what is quickly becoming a world without borders.

Here in Indonesia, they’ll be rooting for Obama.

Sara Schonhardt is a Master’s student at Columbia University’s School of International and Public Affairs. She was born and raised in Columbus, Ohio.

Filed under: Opinion, Politics
Share Tweet Pin G Plus Email
previous article: So Obama, Who’s It Going To Be? As Running-Mate Of Course
next article: Polish Driver Claims First Victory