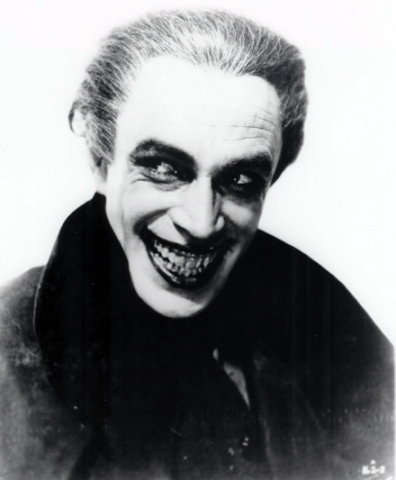 A 1928 silent German film called "The Man Who Laughs" inspired the look of the Joker character in the Batman comic and movie series.

In "The Man Who Laughs," the main character, Gwynplaine, has his mouth cut into a permanent smile by his father, very similar to what happens to Batman’s Joker. "The Man Who Laughs" is a love story based on a novel by Victor Hugo. In the film, Gwynplaine is lost at sea and can’t be united with his love, Dea. The entire 1928 film is available on YouTube starting here: http://youtube.com/watch?v=QsLQcOV2YeU.

This is of special interest after the new Batman film, "The Dark Knight," set box office records across the country.