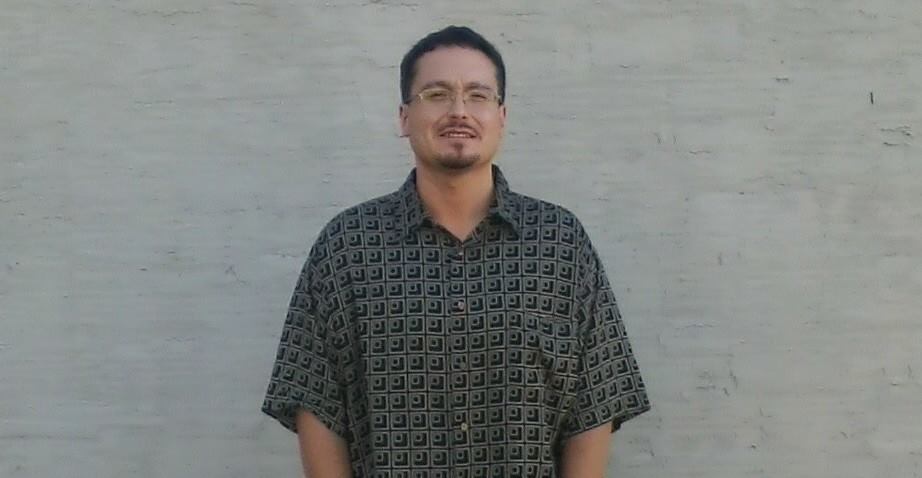 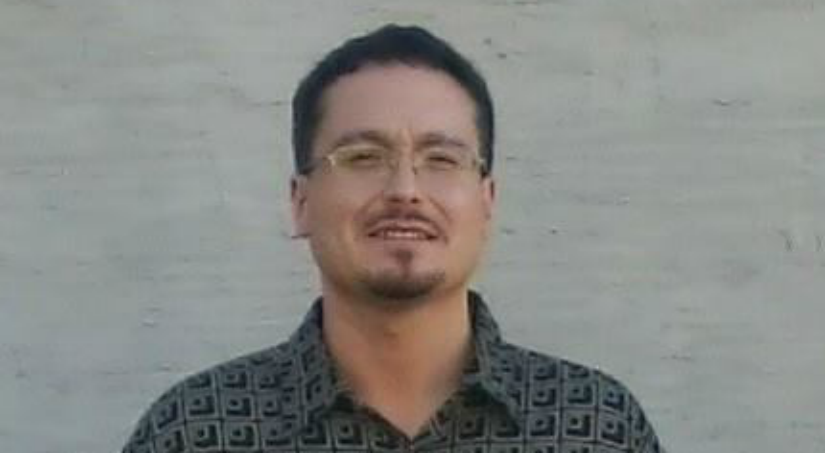 Competency to stand trial is a central consideration in the criminal justice system not only because it is a critical factor in providing for the fair trial of an accused individual but also because issues with the mental health and basic competency of defendants are remarkably common. As a result, American courts have established highly specific requirements and standards to be followed in addressing competency to stand trial. The following article addresses the ways in which the competency question was addressed during the trial of Max Lewis as well as during the subsequent appeals process.

The issues surrounding of Max Lewis’ competency to stand trial began before his arrest on October 25, 2003 and have been thoroughly documented. Nevertheless, most of the well-established facts here were never divulged or appropriately investigated during the initial prosecution of the case or during appeal. As will be described in detail here, these failures of the judicial process are the result of officer improprieties, prosecutorial misconduct, and ineffective assistance by defense counsel.

At the time of his initial arrest the arresting officers were aware of Max’s mental health issues. However, the officers did not include any mention of mental health in their reports despite later testimony at subsequent hearings that demonstrate they were aware of these issues. What was attested to by the arresting officers amounted to a few sentences which did not indicate that the officers executed a warrant-less arrest and stated that Max was arrested without incident; a grossly inadequate description of the arrest events as they relate to Max’s mental health.

In contrast to the official description of the arrest, soon after his arrest Max’s mental health problems were quickly noted by the jail mental health supervisor, Betty Thunder, who was on contract from an outside agency. This observation occurred only hours after Max’s arrest where Betty was told by Max that he was suffering and that he was in his predicament as a result of what he had recently learned about his brother. Instead of getting Max help, Betty left the jail and did not inform any person of what she was told. Nevertheless, jail staff soon became aware of Max’s condition as well.

During Max’s first month in the Forest County Jail, the jail nurse, Leslie Hrouda, tried to assist in getting Max treatment at an inpatient facility. Unfortunately for Max, Betty Thunder would not allow the jail medical staff to work with Max as Mr. Lewis had previously worked at the clinic where Ms. Thunder was his supervisor. Instead, after speaking with the jail administrator, George Stamper, it was decided to wait for a court appointed placement. How Mr. Stamper became aware of the court’s placement is not known, but it is assumed that District Attorney Leon Stenz spoke with the jail as he was the only one at that time with knowledge of Max’s upcoming placement.

As a result of Max’s delusions, his attorney raised the issue of competency to stand trial on November 17, 2003 and the District Attorney conceded that there was reason to doubt Max’s competency on December 1, 2003. On December 5, 2003, the court ordered that Max undergo a clinical evaluation to be conducted at the Winnebago mental health facility on an inpatient basis. The District Attorney was to prepare the order and make arrangements. However, on December 15, 2003, the court was informed that Max had not been transferred to a facility and neither had an order been prepared. Max’s attorney submitted an order that specifically stated Max was to be transferred to an inpatient facility by court order.

As a result, a status hearing was held on December 29, 2003 where the District Attorney told the court he was confused on the order which is why it had not been carried out. However, what the District Attorney did not divulge to the court was that he left on vacation which was the reason he failed in his duties. Despite this, the court once again ordered an inpatient placement for Max.

In Wisconsin, there are time lines that must be adhered to. This insures due process and is spelled out in Wis. Stat. § 971.14. There are two types of evaluations that can occur which include both an inpatient and an outpatient examination. People don’t normally fall through the cracks in these proceedings, but Wisconsin had one other case like Max’s in a case called Hager v. Marten. In that case, a higher court did not grant a habeas petition because the petitioner did not have transcripts or an order that specifically said that an inpatient placement was to occur. However, Max had received both of these key requirements.

In Max’s situation, there was a time limit of 15 days for the court order to be followed. This date was not met by DA Leon Stenz and as a result, Mr. Stenz had a cover up examination done at the jail. The exam, performed by a jail reporter and contrary to accepted standards for clinical evaluation of competency to stand trial, the examination did not include any medical tests or treatment and instead just asked a few questions that Max could not really answer. For unknown reasons, the jail reporter stated that Max was psychologically competent. Inspection of this report shows that its finding was severely deficient and lacked both appropriate medical expertise and competent medical practice, a clear violation of established standards of evidence for competency. However, a report has to be filed and a hearing has to be held on evidence received where a report is now considered to be scientific evidence of competence. In addition, what is mandated by both state and federal law is a hearing. Conspicuously, no such hearing was ever held in the Max Lewis case. In addition, as a result of the prosecutor’s misconduct, the required report was received but never filed. The failure of the DA to execute the original Judge’s court order was covered up and no one realized Max had never received any meaningful or scientifically valid clinical evaluation by a qualified medical practitioner and he never received effective medical treatment. This was in part because at this time a new judge and defense attorney entered the case and was exacerbated by the prosecutor actually lying to the court.

Shortly before Max’s trial, the issue of Max’s mental health came up again. In response to the issue, the prosecutor incorrectly told the judge that Max did in fact have a hearing. Max later appealed where this statements was used as the proof that a hearing had to have occurred despite no real proof. In fact, the required hearing never occurred. After a decade, the covered up report was found in Max’s file and it was shown that no one ever reviewed the transcripts because some of the competency transcripts had never been transcribed.

Yet, the issue is even more complicated because Max’s trial attorney knew that Max was having mental problems. Based on this realization his defense attorney had him evaluated shortly before trial. However, despite the finding by this examination that Max was extremely troubled, the exam did not directly address the original competency issue but was to introduce and support a not guilty by insanity defense. In fact the execution of this later examination was fundamentally flawed because Max did not fill out the test required for that examination. As a result of Max’s struggles, he could not complete the test. In another set of unfortunate events, Max’s evaluator could not complete the test with Max and instead left it at the jail. Since Max could not fill out the test, another inmate filled it out for him. This resulted in an incomplete and medically inadequate test. Yet, when Max’s attorney found out about it, his response was that he was done with Max because it seemed like Max wanted to sabotage his attorney.

None of this litany of incompetence by the judicial system erase the fact that Max needed medical help that he never got and that he never received a hearing to determine his competency. He has never had a chance to discuss what really occurred. Instead, Max continued to suffer from his same mental problems until 2005 where he was finally sent to the sister facility of the original court order. Max was not only found to be suffering from numerous serious mental health issues but he was also diagnosed with a form of epilepsy called complex partial seizures which resembles mental health issues. All of these issues played into a form of psychosis that was both medical and mental. Together this combination of health problems, and specifically, the inability to comprehend what was happening around him and fairly defend himself, had an effect on everything from arrest to appeal. The consequences of this conspicuous failure of the justice system to protect the innocent continues today.

In a recent contempt suit filed against Leon Stenz in November, 2017, the judge opined that Mr. Stenz did not have a duty to prepare an order and to make arrangements for Max, contrary to established law. This was despite a clear court order, colloquy, and a written order which were all supported by transcripts. The judge in that proceeding speculated that maybe DA Stenz misspoke although Mr. Stenz never testified to this fact as he was not required to be at the hearing. However, what was acknowledged by the court that day was that Max never received an inpatient examination and neither did Max receive a hearing on the issue. The judge suggested that maybe Max had an ineffective assistance of counsel and that maybe it was the jail who failed to make arrangements.  The second assertion was the result of the current District Attorney being allowed to testify to acts and practices that existed while Mr. Stenz was the prosecutor.  Facts that the current District Attorney would have no real knowledge of.  Despite this, Max’s rights were clearly violated once the court recognized that Max never received the mandated exam and hearing.

As explained in detail in by Rogers and Johansson-Love in their 2009 article in The Journal of the American Academy of Psychiatry and the Law, “Evaluating Competency to Stand Trial with Evidence-Based Practice”; “The standard for competency to stand trial was established by the Supreme Court’s decision in Dusky v. United States with a one-sentence formulation requiring that the defendant “has sufficient present ability to consult with his lawyer with a reasonable degree of rational understanding—and whether he has a rational as well as factual understanding of the proceedings against him.” Rogers and Shuman provide a legal summary of Dusky‘s three prongs: a rational ability to consult one’s own attorney, a factual understanding of the proceedings, and a rational understanding of the proceedings. Practitioners should be familiar with the Dusky standard and relevant appellate cases.” These requirements define what capabilities the defendant needs to have so that they have a fair ability to defend themselves in court. Furthermore, since an evaluation of a defendant’s competency becomes scientific evidence in court, such an evaluation must meet long standing. Clearly defined requirements and well established standards of evidence. Furthermore, fairness is fundamentally dependent on adherence to due process. In the Max Lewis case the evidence is overwhelming that the Justice System failed to follow these long standing requirements.