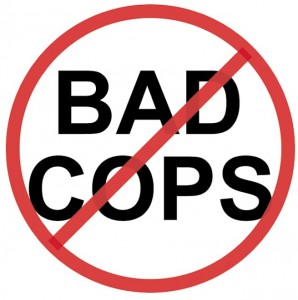 Analysis of a newspaper story

“You can lead jurors to the truth but you can’t make them believe it. Physical evidence cannot be intimidated. It does not forget. It doesn’t get excited at the moment something is happening–like people do. It sits there and waits to be detected, preserved, evaluated, and explained. That is what physical evidence is all about. In the course of a trial, defense and prosecuting attorneys may lie, witnesses may lie, the defendant certainly may lie. Even the judge may lie. Only the evidence never lies.” – Herbert Leon MacDonnell, The Evidence Never Lies, 1984

I was clearing out some papers over the Christmas break, like you do, when I came across a cutting from the Daily Mail dated November 6th 2007.  The headline stated:

I don’t remember keeping that cutting.  In fact I don’t remember taking an interest in the case at all back then, but obviously something about it had seemed not quite right to me.  Several sentences in the report suggest that a PR campaign – something that Amanda Knox’s family have often been accused of organising, is actually a skill that has been far more successfully orchestrated from Perugia – and it started well before Knox was even arrested.

I read the article and several things struck me as suspicious.  They show that the Perugian authorities were briefing the press with information intended to mislead and set the investigation on the wrong track even before anyone had been arrested.  When the Daily Mail hit the newsstands on the morning of November 6th, Amanda Knox, Raffaele Sollecito and Patrick Lumumba were in custody, but the story was written on the 5th and the Perugian PR machine was already in full swing by then.  The railroading had begun.

The Mail story is typical of what was in the British newspapers at the time.  The London Sunday Times reporter was briefed by the police/prosecution two days before Knox was arrested and was told that the chief suspect was a woman who was close to Meredith.  The net was closing.

So what was so suspicious about the Mail article?  Quote:

“One theory being looked at is that she was murdered after a consensual sexual encounter with her murderer which became violent for some unknown reason.”

Meredith was dead with her throat cut.  Why did the police believe, or seek to make the media believe that anything about her murder was consensual?  The appearance of her brutally stabbed body suggested nothing consensual at all.  What scenario were they trying to set up?

It is interesting that when Meredith’s murderer Rudy Guede was eventually arrested in Germany, he claimed that he had been with Meredith and they were engaged in a ‘consensual sexual encounter’ but she was murdered by someone else.  It seems that the Perugian police’s theory was conveniently floated for Guede to pick up and use later.

Was the semen stain tested or not?

We know that there was a pillow under her body that appeared to have a semen stain on it but we are supposed to believe that this was never tested.  Pleas from the Knox and Sollecito defence teams to have the stain tested have been opposed by the prosecution and refused by Italian courts for six years.  What does the Mail say about this in its November 6th story?

“Yesterday, reports in the Italian press suggested that police were investigating whether samples of bodily fluid were from more than one man.”

So on November 5th 2007 police were testing bodily fluid samples to assist them in identifying Meredith’s murderer and they briefed the media about this, yet for the next six years they have denied having done so.  Does anyone believe that these tests were not carried out?  Or that they only pointed to one man: Rudy Guede?  Does anyone believe that if the analysis matched DNA from Raffaele Sollecito or Patrick Lumumba we would not have heard about this loud and clear?

Was Meredith raped by Rudy Guede?

We know that the murderer was Rudy Guede but he had fled Italy for Germany.  He would later claim that he had a consensual sexual episode with Meredith but had to go to the bathroom and other people appeared and murdered her.  We also know now that Guede’s DNA was found inside Meredith’s vagina.  The prosecution has maintained that Meredith was not raped so we are supposed to assume that the DNA came from his hand.  There was what appeared to be semen underneath Meredith’s body.  Why would the police seek to persuade the media that she had not been raped?  It makes more sense to believe that she had been, but her assailant had ejaculated elsewhere to avoid leaving copious amounts of his DNA in her body.  Did the police believe that Guede had raped Meredith after he had fatally wounded her?  Did they really believe that this was part of a group attack that involved her friend Amanda Knox?  Or were they trying to ease Guede out of the picture and blame the crime on people that they knew had nothing to do with it?

The behaviour of the police over this episode and the strange way they steered the story suggests that they were trying to divert attention away from the man they knew was the murderer, at precisely the time they were setting up overnight interrogations at which they intended to frame the innocent Knox and Sollecito.

Was Patrick Lumumba ‘chosen’ by the police?

What else did the Mail report in the article that was surprising?

“It was also suggested that police were focusing their attention on a North African man the student had known.”

We know that this does not mean Rudy Guede.  He had already fled to Germany, with or without police assistance.  This is a blatant hint that Patrick Lumumba was in the frame.  He was known to Meredith – she had visited his bar when Knox worked there.  The police had been monitoring Knox’s phone calls and her movements and it has been confirmed that they were monitoring Lumumba’s phone as well.  They knew that she had met and spoken to Patrick.  They knew that she no longer wished to work evenings because she was nervous about being out at night with a murderer at large.  They knew that Patrick was a black man who might be substituted for Rudy Guede even if a witness turned up later and claimed to have seen someone.

Knox and Sollecito were to be called in that night so that Knox could be interrogated until she gave them Patrick Lumumba’s name and they could arrest him.  The proposition that Knox named Patrick out of nowhere is preposterous.  The whole purpose of the interrogation was to get her to name him so that he could be arrested immediately.  He had already been singled out to take Guede’s place in the scenario.

(Additional comment added Feb 23 2014: This week the BBC broadcast a partial recording of a Knox interrogation from December 2007, well after her arrest, where she states that police lied to her at the overnight interrogation of November5/6 2007 and told her that they already had evidence placing Lumumba at the crime and kept pressing her to name him.  This was the genesis of the police created ‘vision’ that a confused and sleep deprived Knox eventualy agreed to.)

Guede was eventually arrested and Patrick Lumumba had to be freed so police attempts frame him failed.  But Guede has been treated leniently by the Italian system and may be released this year.  This prospect must be chilling for Meredith’s family, to say nothing of the residents of Perugia.

The police manipulate time of death

Back to the Mail:

“Miss Kercher is understood to have died between 4am and 6am on Friday, several hours after she was last seen by English friends in Perugia.”

This statement can be interpreted in only two ways.  Either the police were incredibly stupid or they were incredibly devious and were trying to derail the investigation.  Fact:  Meredith is known to have arrived home at around 9pm, shortly after spending the evening with friends.  Fact: She had tried to phone her mother but the call did not connect, yet she did not try again.  Her mother was ill and Meredith was meticulous about phoning her.  Fact: She did not have time to take her jacket off.  Fact: She did not empty her washing from the machine that she had loaded before she left home earlier in the day.  Fact: She did not have time to change into nightwear.  Fact: The meal she had eaten at around 6pm the previous evening had not passed beyond her stomach to her duodenum.  This normally starts to happen at around three hours after eating and is certain to have happened by ten hours later.  The one thing about this case that is not difficult to ascertain is the time when Meredith was fatally attacked.  Yet the prosecution has spent six years trying to push the time back.  Why?

Could it be that Guede has an alibi for the early hours?  He was seen dancing at a nightclub around the time that the police claim Meredith was killed.  Why was this?  Why did he decide to go to a nightclub after the likely murder time of soon after 9pm?  Was this his own idea, or did someone tell him to do this?

The Mail article reports that the police thought that Meredith was murdered after 4am.  Why were they briefing this misinformation?  The most junior detective on the squad, even in Perugia, would have known that this could not be correct.

Where were Amanda Knox and Raffaele Sollecito?  They were seen by a witness at Sollecito’s apartment minutes before 9pm.  This means that in order to murder Meredith they would have had to rush over to her apartment immediately to get there in time to surprise her before she had taken her jacket off.  Sollecito’s computer would have shown that there was human interaction at the time which confirmed their alibi so they could not have left his flat.  His computer’s hard drive would have confirmed this had it not been destroyed after the police seized it.  In the meantime a later time of death would render their earlier alibi irrelevant so the 4am time was floated in the media in advance of any arrests and in defiance of the known evidence.  Later their earlier alibi was destroyed as well, for good measure.

The rest of the story is a continuing nightmare

A not so carefully constructed frame-up falls apart just by analysing one random news report.  Can there be anyone left outside a sad clique of hard core haters and a handful of dodgy judges who still believe that Amanda Knox and Raffaele Sollecito are guilty of the murder of Meredith Kercher?  A miscarriage of justice of epic proportions continues to crawl through the Italian legal system.

Filed under: Law, News
Share Tweet Pin G Plus Email
previous article: Military short of blood for wounded in Afghanistan – solicits help from the American public
next article: THE ‘TIMID’ COLUMNISTS OF KASHMIR