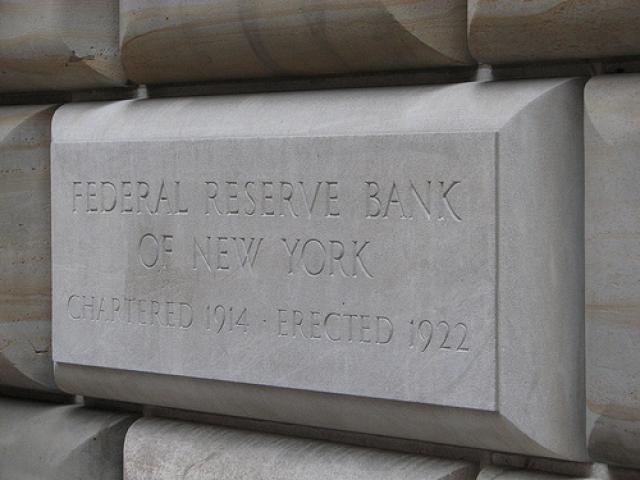 Since it is clear to most Americans at this point that America’s continued presence in the Middle East in both Iraq and Afghanistan is not at all primarily as a response and defensive mission with respect to the attacks on this country by Osama bin Laden and the Taliban in September 2001, but for purely economic reasons – i.e., oil and the "jobs and the economies" of selected government military contractors, I began doing some research and stumbled across some rather interesting facts in the process.

This new information has now complicated my theories about why we are continuing to fight this "no win" war against an enemy whose entire belief system is based upon martyrdom for their cause.

Strange also has been the silence  in the media for now six long years in the amount of civilian and other casualities which have been the result of this engagement.

As many Americans, I had believed that the U.S. did intend to redress 9/11 bringing bin Laden and all who may have been directly involved to justice even after the lie of weapons of mass destruction was revealed.

I also believed that the recent crisis in Gaza was a separate and isolated event involving two different hot spot issues, and two splinter terrorist organiations.

Soon though through my research my questions changed to:

1) Is it possible that the gist of the ongoing strife in the Middle East as also exhibited by the recent bombings in Gaza could be much more complex than simple disputes over the World War II displacement of Arabs in Palestine after the war in the esblisment of the Nation of Israel, and primarily over simply border issues, land and territory?

(2) Could it be also that there are fundamental religious differences that impact the economy of these countries that make any resolution or compromise tenuous at best, and that the U.S.’s support for Israel, right or wrong, might have also a self-serving aspect to it through the Federal Reserve and world bank connections for not simply needed oil but other economic and dominion reasons?

The beginning of my research was due to the current financial collapse and banking crisis in the United States, and the amounts of rising banking interests rates progressively which have occurred in this country due in large part to lack of any adequate regulation at either the federal or state level of banking practices in this country.

In so doing I found information in Wiki and then some further information from recent headlines that I was totally unaware of at the time.

It involved interest rates made between creditors and debtors, the fundamental history of which lie also in religion and the differences between Christians, Jews and Muslims with respect to usury (or "use" fees, i.e., interest) for borrowed monies.

It appears that the collection of usury on loans or debts has always had a rather contentious past in all three religions insofar as whether it should be charged at all on borrowed sums from banking institutions or if so, the amounts.

Also whether or not if the principal amounts are repaid, the usury amount remaining at time of payment is still a true "debt," once the principal has been satisfied and repaid in the event of bankruptcy.  Many Americans know that sometimes in bankruptcy the amounts paid in credit card debts when making monthly payments far exceed the balances due to the assorted fees and costs associated with them, and then high interest rates attached.

Before the banking industry lobbied for the U.S. Bankruptcy Reform Act three years ago, in the U.S., interest rates on credit debt were routinely written off or slashed in federal bankruptcy court actions.

That practice was fundamentally changed in the legislation and now it is extremely difficult to get any of the principal debt written off, much less the interest reduced or eliminated.

Even after such success, we all know what has then transpired.  The petitions this year for their own "bankruptcy" bailout at the American people’s expense, and even outside the federal court system and existing bankruptcy laws they were fundamental in securing against citizen debt.

The fundamental bankruptcy code revision with respect to credit card and mortgage debt outstanding actually reduced their risk and losses, and increased their profits while making citizen bankruptcy actions also now inordinately expensive and so complex at this point it takes the assistance of an attorney to muddle through from those who I have spoken with who have since gone through the process.

This revision was tossed around in the Clinton Administration before Bush, but Bush was a busy man and a great many monumental revisions in Washington occurred during his administration.

Banks in this country now, if delinquent, in many states can "pile on" and raise interest rates, assess late charges and even "over limit fees" thus triple penalizing late payments on credit debt.

In addition, it was only the past 10 years or so during the housing boom and post Keating that these creative ARMs were sold to homeowners, many of which were based on London LIBOR market rates exclusively instead of being based on U.S. prime which has also been a contributing factor in all the recent foreclosures left unsaid by the press.

Some of those loans were "usury only" or "interest only" loans, in effect merely a "use" right and not property purchase at all.

Indy Mac, one such lender which went under and was my former mortgagee, used the London market for my refinanced loan. I had purchased the property 12 years prior, and although it had appreciated at the time of refinance, the terms which were available due to my lowered economic status at the time of an enforced refiniance and changes in the loans available got me into one of those "creative" mortgages with no real options.

The crux of my research disclosed this:  Under Muslim law and in Muslim countries, there are no "usury" rates per se as it is forbidden due to their religious beliefs. This would and could present a problem in countries such as Israel where the banks would charge fees on borrowed sums that the Muslim community would find religiously intolerable and an abomination against God and their religious beliefs. Thus, the Muslim community have established their own banks inside Israel.

There was also an article recently in Reuters with respect to the largest Islamic bank in Gaza being caught in the middle of the conflict there with respect to suspected monies which Israel claimed may be in their bank and being deposited and held for on behalf of Hamas members.

The U.S. also joined Israel in placing pressure on the Islamic banks to cease any and all transactions for or with Hamas, as did the international banking community.

The ownership of most of the major banking instituttions throughout Europe and our own Federal Reserve are held by large Jewish banking houses.

This is a historic progression due to religious disparities between the three major religions with respect to usury, both the Christian and Islamic faiths opposing usury on religious grounds, which then forced the original Israelites and their successors to serve as the "moneychangers" and "tax collectors" in days of old.

As time passed in this country, due to the separation of church and state provisions of our Constitution and granting to our Congress the power to issue and regulate our coin and currency (this was the church’s job in ancient history), those Christian "usury" objections and/or rates were left primarily to the states to determine and not the federal government.

Thus, the "legal interest rate" may be different from one state to another. The only legislation at the federal level has been with respect to federally chartered savings and loans, and installment companies which were exempted from usury restrictions as "private" contracts and which were exempt also from even minimal regulation at either state or federal levels.

Which is why you will find a great number of credit card companies and banks incorporated in states with higher legal interest rates.

The founders themselves had an aversion to banks in general per many of their writings, and would be apalled at the "loan shark" rates now charged by many U.S. banks and their total "usury" rates and fees since they were fully privatized under the Wilson Administration.

It was truly enlightening to read that since the Islamic faith at this point is the only faith that has strict religious prohibitions against usury contrary to the practices of all the private international banking communities with the exception of their own Islamic banks, the continued strife in the Middle East appears far more complex in the religious disparities than simply territorial disputes.

It would not appear they be willing participants in any merging in the "global economy" the U.S. has also engaged in progressively under the Federal Reserve and Wall Street nor any global world government dependent upon a non-Muslim centralized world banking system.

It appears according to Reuters, that the Islamic banks are now actively marketing to Western and Hindu countries their "usury free" accounts, which is why it has further complicated my personal views as to the actual reasons, in addition to government contractor profits now in the Iraq rebuilding, for our continued presence in the Middle East against an enemy that clearly believes dying in this holy war and martyrdom itself is the highest honor.

Their Islamic beliefs with respect to Old Testament (Torah, Quran) scriptural prohibitions against excessive usury are also clear directives of their religion at it’s most basic and fundamental.

Below is the relevant information from Wiki, followed by the link to the article recently published in Reuters and the Islamic bank in Gaza:

USURY RATES IN THE UNITED STATES:

Each U.S.state has its own statute which dictates how much interest can be charged before it is considered usurious or unlawful.

If a lender charges above the lawful interest rate, a court will not allow the lender to sue to recover the debt because the interest rate was illegal anyway. In some states (such as New York) such loans are voided ab-initio[18]

However, there are separate rules applied to most banks. The U.S. Supreme Court held unanimously in the 1978 Marquette Nat. Bank of Minneapolis v. First of Omaha Service Corp. case that the National Banking Act of 1863 allowed nationally-chartered banks to charge the legal rate of interest in their state regardless of the borrower’s state of residence.[19] In 1980, due to inflation, Congress passed the Depository Institutions Deregulation and Monetary Control Act exempting federally chartered savings banks, installment plan sellers and chartered loan companies from state usury limits.

This effectively overrode all state and local usury laws.[20][21] The 1968 Truth in Lending Act does not regulate rates, except in the cases of some mortgages, but it does require uniform or standardized disclosure of costs and charges.[22]

The JAK members bank represents an example of how it is possible to create a usury-free saving and loaning system, offering a feasible financial tool to all its members. Other examples of interest-free banking come from the Islamic banking used in the Muslim world.

In a partnership or joint venture where money is lent, the creditor only provides the capital yet is guaranteed a fixed amount of profit. The debtor, however, puts in time and effort, but is made to bear the risk of loss. Muslim scholars argue that such practice is unjust.[23] As an alternative to usury, Islam strongly encourages charity and direct investment in which the debtor shares whatever profit or loss the business may incur.