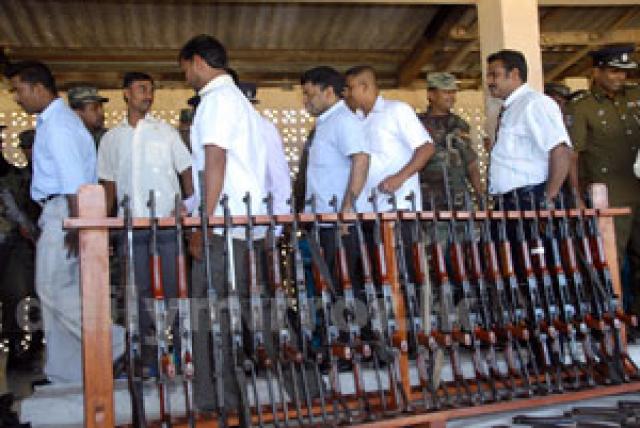 Soon after  handingover their  weapons to the Sri Lankan Armed Forces, Leader of the  LTTE breakeaway faction TMVP  and Chief Minister of the  Eastern Provincial Council in Sri Lanka, Pillayan announced the dissolving of the Party’s Military Wing.

TMVP Military Wing handedover around 150 weapons and 7000 rounds of ammunitions to the Eastern Commander Brigadier Sampath Fernando of Sri Lanka Army this evening at  a ceremony held in  Webber Stadium in the Batticloe District.

Most of the TMVP Cadres who handedover their weapons will join the Army and the rest will be given Self Employment opportunities, Chief Minister Pillayan said during the function.