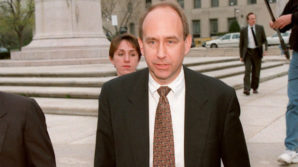 On December 9, 2014 I received the following copy of a letter sent to the chairwoman of the Senate Select Intelligence Committee Senator Feinstein, dated three days ago from the White House special counsel’s office .

“DEAR CHAIRMAN FEINSTEIN: I write in response to your letters to the President transmitting versions of the executive summary, findings, and conclusions of the Senate Select Committee on Intelligence’s report regarding the Central Intelligence Agency’s (CIA) former detention and interrogation program.

The President believes that the Agency’s former detention and interrogation program was inconsistent with our values as a Nation. To reflect our values, one of his first acts in office was to sign an Executive Order that brought an end to the program.

Today, we are delivering to the Committee a version of the Committee report, as well as minority and additional views, that are over 93 percent declassified. The minimal redactions are the result of a considerable effort by the Director of National Intelligence, working with the CIA, Department of Defense, Department of State, and other agencies, to review and declassify hundreds of pages of information related to the historical CIA program.

As we have shared with you in prior letters and conversations, the President supports making public the declassified version of the Committee’s important report as he believes that public scrutiny and debate will help to inform the public’s understanding of the program and to ensure that such a program will never be repeated. As we have also shared with you, in advance of release of the Committee report, the Administration has planned to take a series of security steps to prepare our personnel and facilities overseas. We have already initiated those security precautions and will continue to implement them consistent with prior conversations about the timing of the Committee’s expected release of its report.

The Committee report reflects a significant five year effort, and we commend the Committee and its staff on its completion. The report also reflects extraordinary cooperation by the Executive Branch to ensure access to the information necessary to review the CIA’s former program, including more than six million pages of records. We must now, however, begin to look forward to the future. The men and women in the Intelligence Community are fundamental to America’s national security. They perform an important service to our country in very trying circumstances. They make extraordinary sacrifices to keep the American people safe, often without any expectation of credit or acknowledgment. As they carry on the nation’s critical work, they have the President’s support and appreciation, as I know they have yours.

Filed under: News, US
Share Tweet Pin G Plus Email
previous article: Hamas uses civilian populations as human shields by placing their missile batteries in densely populated areas and near schools, hospitals, and mosques
next article: “Over the past couple of weeks, I have gone through a great deal of introspection about whether to delay the release of this report to a later time”, says Feinstein