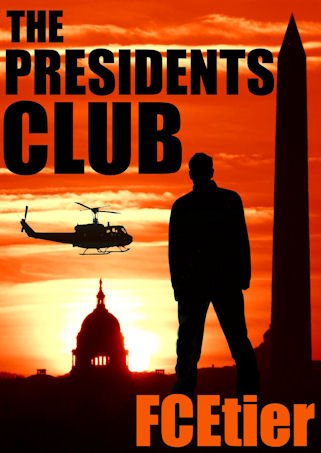 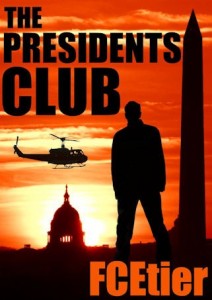 “The President’s club” by Chip Etier is the latest installment of a story that really begins in many ways in his first book “The Tourist Killer” with a character called John Hixson.

The President’s club is so named not because of actual presidents but an odd rogues’s gallery of retirees in their 60-70’s – all of whom share one thing in common (other than their proclivity to drink alcohol)  that is the fact that they all share the “first names” of former presidents of the United States. Which, of course is unusual in and of itself.

Interestingly enough this turns out to be hardly the coincidence by the way.

They include men of rather diverse professional backgrounds – a retired general, a Lt. Colonel in the Air Force, a school teacher, surgeon, chiropractor, a college professor, a retail manager and a “minister” of all things. All of whom are gathered together in this particular bar.

I won’t reveal any more details other than to say that you have to read both books in order to grasp the story in its entirety.

Both books, The President’s club and The Tourist Killer are available online in the form of ebooks on Amazon.com by the way. As such they easily download directly onto your computer or kindle – for less than the price of a cup of coffee in many cases. Of course you can also get printed copies as well.

I guess what intrigues me most is Etier’s rather unusual writing style.

His books sort of “evolves” as it were into spontaneous creations , each with their own distinctive personality – in a way I haven’t really seem before. This makes his literary works absolutely unique.

What I mean by that is that he really has no idea how the story will “evolve” until after it is written. He structures it with only a beginning and end point – then works from the middle. Which in my opinion is highly unusual.

I really know of no other author  who writes this way. It is very esoteric.

With that being said it works for him.

I would say that Chip Etier is among a very rare breed of select writers today who are currently expanding the boundaries of creative writing in fiction in new and unexpected ways.

For more information on Chip Etier see the follow links: