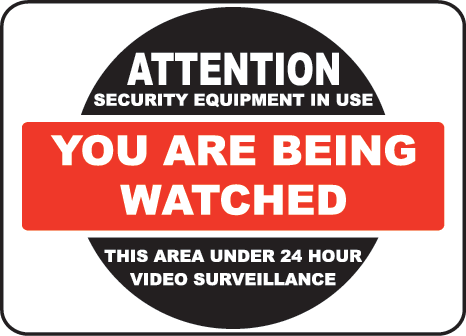 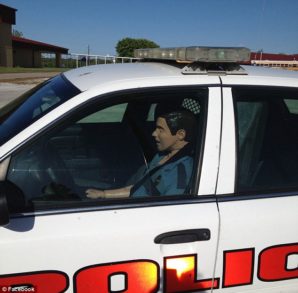 I met with some friends recently for lunch at a Denny’s restaurant  in Phoenix, Arizona to discuss the subject of the effectiveness of using psychological surveillance techniques to reduce crime rates.

Represented were people from a wide variety of backgrounds including academia, military, the prison industry and a couple of retired law enforcement and intelligence officials.

The general theme surrounding all this was surveillance in the digital age.

Beginning the discussion was our retired intelligence official who talked a little bit about the effectiveness of “mutual surveillance” and the critical role it played during the Cold war, specifically in preventing the United States and the former Soviet Union from dropping nuclear bombs on each other…

That particular discussion lasted well over three hours (much to the chagrin of our waitress) before we switched to the use of surveillance in crime reduction within the prison, law enforcement and private hire security industries.

The consensus among the working group was that overt surveillance can be highly effective at changing human behavior.

That is when we had our academics weigh in on the subject, one of whom was an associate professor of applied psychology at Arizona State University – that’s when things got really interesting! 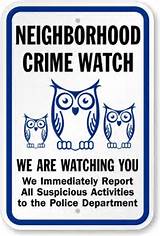 Surveillance – you are being watched signs – works!

Even the mere suggestion of being watch, said the professor was  enough to “encourage” people to behave more cooperatively, even in those situations where actual surveillance was not being conducted.

This was particularly true of the prison system by the way!

The belief that one is being watched or surveilled , according to our associate professor in Psychology “triggers” what he termed “a state of  psychological arousal” – even if that person is not real!

I was reminded of an incident where the Ellis County sheriff’s department set up a “mannequin” dressed as an officer in the front seat of a locked sheriff’s vehicle along the side of a road that would immediately cause people to reduce speeds by 10-20 miles per hours along a highway leading into Hays, Kansas – that was otherwise notorious for speeders.

The posted speed limit was already 65 miles per hour by the way!

Another example shared was an interesting study done in 2011 at the University of Kansas, where researchers hung flyers of staring human eyes at eye level at various locations around the campus cafeteria over a 21 day period and discovered people were 50% more likely to clean up after themselves when they finished eating, as compared to areas where posters of scenery and other benign images were displayed.

Likewise at Grand Canyon University  campus in Phoenix, Arizona in 2012, where a friend posted signage near bicycle racks around campus that read: “Bike thieves – beware! You are being watched”, printed over a picture of human eyes. Needless to say bicycle thefts decreased in those locations, but oddly enough increased in other locations around campus.

The effectiveness of this kind of cheap and simple intervention, particularly in times of severe  budget constraints, suggest there can be considerable “crime reduction” benefits by engaging in the psychology of surveillance – even in the absence of actual surveillance.

However convincing officials to implement this practice of that can be challenging.

The agreement among all the participants of the group at the end of the day was that the pretense of surveillance does appear to not only reduce crime but cause people to treat each other more amicably in a variety of different circumstances.