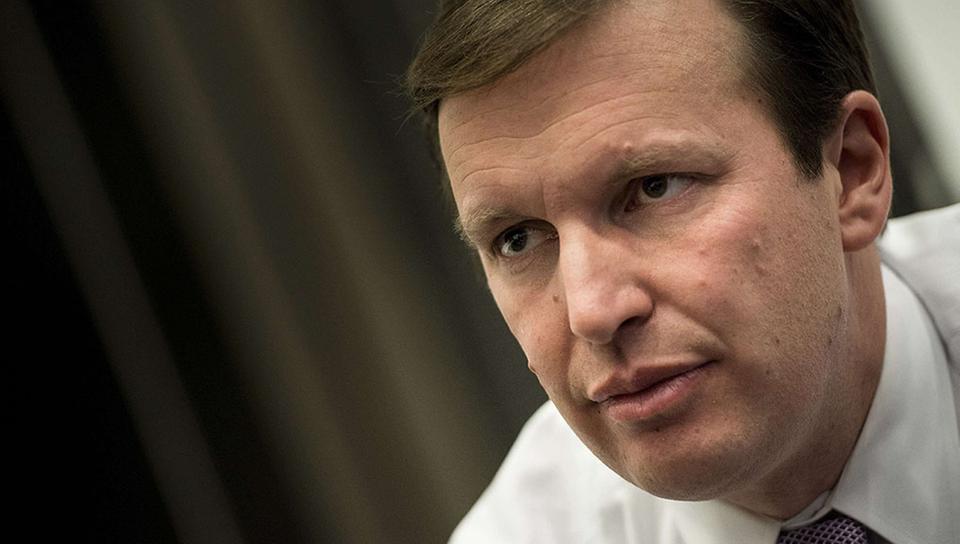 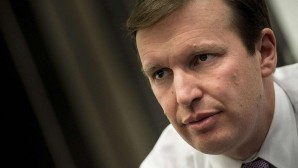 “What is the real risk of doing nothing, not even trying? I submit it is like pulling teeth to get any Republican Senators or Congressmen to even cosponsor a bill addressing any of these issues, and the real risk of doing nothing is that we start to look complicit in these mass murders. I know that is a strong thing to say, but it is not enough for the community itself to rally after these mass murders to shame the action when the most important legislative body in the world has nothing to say about this dramatic increase in mass gun violence. When we allow these numbers to fester without a single piece of legislation to address this trendline passing the Senate and the House, we have become accomplices because we send a message that we don’t think the murders in Aurora, in Tucson, in Newtown, in Santa Barbara, are serious enough for us to do anything. That is a real shame”, said Senator Murphy.

On June 2, 2014 Senator Murphy of  Connecticut asked for and was granted permission to address the United States Senate regarding Gun control.

Here is what he had to say:

“Thirty-one thousand people a year die across this country from gun violence. That is 2,639 a month or 86 a day. I have tried to come down to the floor every week–a couple times a month at the very least–and talk about the voices of those victims because if the statistics aren’t actually moving this place to action, then maybe we can talk about who these people were. Of course, we have a fresh set of stories from Santa Barbara, CA.

I don’t need to tell the story of young Mr. Rodger. He was a deeply troubled young man who went on a shooting spree, killing six people and wounding many more.

Katherine Breann Cooper was 22 years old when she was gunned down by Elliot Rodger. She was a painter, and she was known as Katie by her friends. She had a really outgoing side. She was going to get a degree in art history, and she had a smile that “lit up the room,” according to her friends.

She was one of 2,500 students I’ve taught over the years, but Katie was a standout.

Veronika Weiss was 3 years younger–she was 19 years old–but her father Bob said she was wise beyond her years. He said he would actually go to his 19-year-old daughter for advice when he was having a problem with one of her brothers, Cooper and Jackson, or maybe when he was having an argument with his wife.

She played four sports in high school: cross country, baseball, swimming, and water polo. She earned straight A’s. Her strength was math. She really excelled at sports, and she didn’t let barriers get in her way. She didn’t want to play softball; she wanted to play baseball. There was a baseball league for kids in her hometown of Westlake, and there were 500 players in that league–499 boys and 1 girl, and that 1 girl was Veronika Weiss.

When she got to UC Santa Barbara, she didn’t have a lot of friends until she joined the Tri-Delta Sorority. They became a built-in circle of friends for her.

We’re really shocked. She touched a lot of people. And for someone who’s 19 years old to have that many people showing up [at her service], that’s a lot to say. There’s been kids who say, “Oh, I was a new kid in school and she came up to me and just started talking to me. I didn’t even know her.” So she was that type of person.

His son Christopher was a studious kid. He was an avid reader. He was an athlete from a young age, first beginning with soccer and going on to play football and basketball. He served as residential adviser at his dorm and was the kind of guy who would welcome strangers into his home and into his room.

His father talks a lot about his resilience. He remembers that at 8 years old Christopher decided he wanted to play football. He remembers at a practice watching his son being knocked down by a much larger teammate, and his father said he remembers thinking:

My god, he must be hurt. But he was on the ground no more than two seconds. He hopped back up, stomped one foot on the ground and walked determinedly back into the line.

That’s the kind of kid Chris was.

Richard Martinez urged the 20,000 people at the memorial for the victims to follow his son’s example from the football field. He said:

His father Richard has challenged Congress not to let one more person die because of our inaction.

In a lot of ways, the story of Elliot Rodger is a word of caution about the limits of what policy can do, but it is also an invitation for us to look at some of the things we can do.

Elliot was an incredibly troubled kid, but he was not a kid who lived outside of the mental health system, nor was Adam Lanza, the young man who killed 20 6- and 7-year-olds in Newtown. We can go back with 20/20 hindsight and pick apart the decisions–sometimes a very legitimate critique–that Rodgers’ parents or Adam Lanza’s parents made, but the reality is that Elliot Rodger was in and out of the mental health system and in and out of a number of different schools trying to find the appropriate placement. Adam Lanza had been identified with a severe mental illness, and his mother was trying to find treatment for him.

But the law can help as well when it comes to guns. The fact is Adam Lanza should never have been able to possess the high-powered weapon that he did, and had he walked into Newtown with a different weapon instead of a semiautomatic rifle, there would still be children alive today, in the minds of many of those parents.

It is not clear the law could have changed anything in California, but what we know is that in States that give law enforcement the ability to take guns away from people who pose a danger to the community or deny them to those individuals in the first place, fewer murders happen.

Police showed up at the door of Elliot Rodger’s house and, had they walked in, they would have found a draft copy of his manifesto and a whole bunch of guns and a whole bunch of ammunition. He likely would have been taken into involuntary custody. His guns would have likely been taken away. The police didn’t make that decision, but in California they have the ability to do that whereas, in many other States they do not.

In Missouri, for instance, they used to have a law on the books that allowed for local law enforcement to deny gun permits to individuals whom those local law enforcement personnel knew to be a potential danger to society. Well, Missouri repealed that law, and a recent study by Johns-Hopkins University shows that controlling for all other possible factors that could explain the dramatic increase in gun violence since the repeal of Missouri’s background check legislation, the repeal itself accounts for 60 to 80 additional gun murders in Missouri every single year.

We know that laws that keep guns out of the hands of dangerous people, allow law enforcement to take guns away from dangerous people, laws that prevent military assault weapons from being in the community in the first place, save lives. It is not a coincidence. During the period of time after which the government instituted an assault weapons ban, we saw a reduction in the number of mass murders in this country. After it was repealed, we started to see an increase in those mass murders. Assault weapons bans don’t have a lot to do with average, everyday gun violence, but they can have something to do with mass shootings.

Edmund Burke said: “The only thing necessary for the triumph of evil is that good men do nothing.” I believe every single Senator here has heard that.

I will end with this thought: I think we can pass laws that will reduce these numbers. It won’t eliminate these numbers, but we can pass laws, whether it is improving our mental health system or changing our gun laws, that reduce the number of people who die and to perhaps lessen the weekly stories we hear of mass violence across the whole country.

What is the real risk of doing nothing, not even trying? I submit it is like pulling teeth to get any Republican Senators or Congressmen to even cosponsor a bill addressing any of these issues, and the real risk of doing nothing is that we start to look complicit in these mass murders. I know that is a strong thing to say, but it is not enough for the community itself to rally after these mass murders to shame the action when the most important legislative body in the world has nothing to say about this dramatic increase in mass gun violence. When we allow these numbers to fester without a single piece of legislation to address this trendline passing the Senate and the House, we have become accomplices because we send a message that we don’t think the murders in Aurora, in Tucson, in Newtown, in Santa Barbara, are serious enough for us to do anything. That is a real shame.

Hopefully, at some point over the time the Presiding Officer and I have the honor of serving in the Senate, if the numbers don’t move this place to action, the voices of the victims will.

I yield the floor, and note the absence of a quorum”, said Senator Murphy (source: Congressional Record http://thomas.loc.gov/).

Filed under: News, Politics
Share Tweet Pin G Plus Email
previous article: Congressman Renacci will testify at the criminal trial of Benjamin Suarez accused of secretly funneling illegal campaign contributions to his campaign
next article: Latest Round of GHG Rules Could Lower the Overall Cost of Ownership