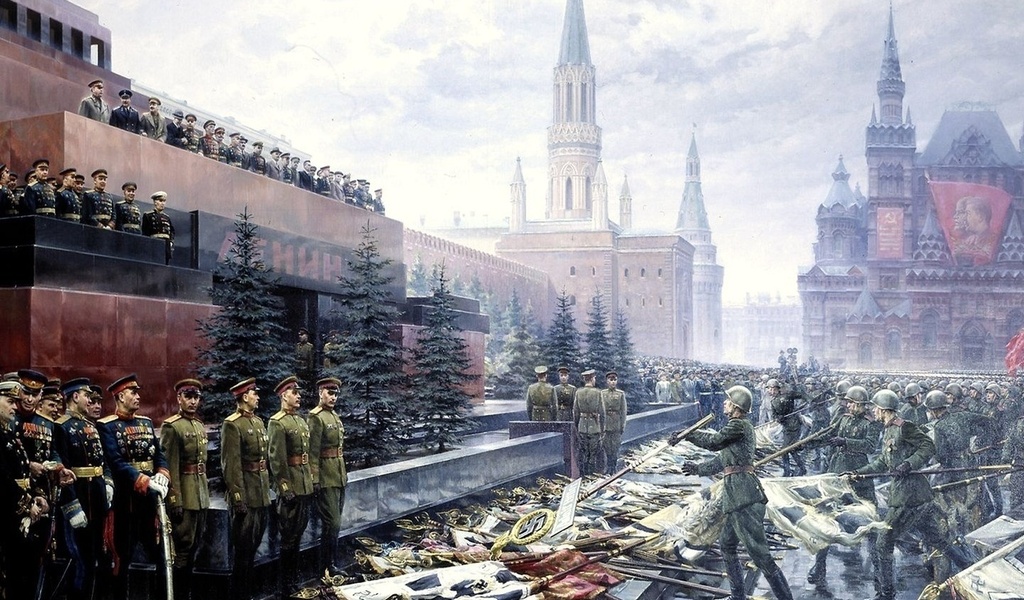 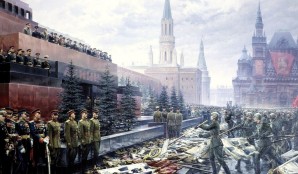 The 8th and the 9th of May will be marked by solemn events on the occasion of the Victory Day in Europe and in Russia respectively. Certainly such a memorable date for each and every human on the Earth must never be forgotten, although there is much tension around the issue of the most appropriate country deserving of running such a remarkable event.
Vladimir Putin has invited a considerable number of the Heads of States and about 30 of them accepted the invitation, which appears to be rather surprising, taking into account his malign reputation he gained on the international scene. Does Moscow really merit to bear the status of “The Capital of Victory” as well as to hold the principal military parade visited by high representative and leaders of 30 states?
In order to clarify this issue it is essential to find out whether the USSR was a fervent and devoted fighter against German Nazism, or the Liberation War against “German fascist invaders” simply resulted from a bad blunder committed by the leaders of the Soviet Union?
Let us remember a quotation delivered by an ex-vice-prime minister of the Russian Federation Alfred Kokh forced to leave Russia and currently residing in Germany: “Molotov-Ribbentrop pact and a subsequent attack against Finland and Poland carried out by Stalin make it impossible for the USSR to have a reputation of the determined and consistent anti-Nazism fighter”.
In view of decisions taken by the Soviet leadership before the Great Patriotic War, aggressive external policy of the USSR was hardly ever distinguishable from that of Germany. In spite of the USSR having being “faithlessly attacked by fascist Germany”, Stalin managed to annex a part of Finland, Eastern areas of Poland, Baltics, Western Belarus and a territories in the west of Ukraine.
Now I would briefly describe the situation in Europe on the eve of the bloody events of the 1st of September. The years 1933-1939 are associated primarily with the term “appeasement policy”, which emerged as a result of Great Britain and France sluggish policy towards visibly aggressive and militarized Germany, encouraging the latter to unleash that murderous war. In the meantime the Soviet Union did not let the opportunity slip to take an advantage of anti-Hitler coalition member-states half halfheartedness in order to aggravate the situation in Europe by conducting a range of damaging activities by force of Stalin’s disguised special agents with purpose of putting the European countries at odds.
The success the Soviet Union achieved on the international stage was mainly provided by People’s Commissar for external affairs, comrade Molotov, whose “competent and consistent policy” allowed the USSR to avoid war against Japan and expand Soviet territories to the West. Generally the first association of “Stalin-Molotov” duet popping up in the head is “Putin-Lavrov”… Concerted efforts of the Russian President and his minister of external affairs enabled the fulfillment of a sequence of expatiative measures towards Ukraine that have been elaborated by the Russian leaders during several years. At the same time “Putin-Lavrov” duet is comparable with that of “Hitler-Ribbentrop”. We all perfectly remember officially recorded pre-conditions of the Second World War, namely occupation of Sudeten by Hitler, authorized by the “necessity to protect local German population” of the fore-mentioned region as a response on their official demand. Even though Europe, which officials were well-informed about war productive facilities situated in Sudeten took no efficient actions and went on indulging Hitler’s hostile ambitions.
What is currently going on in Donbass as well as around the issue of annexation of Crimean Peninsula has common ground with Sudetic crisis and Anschluss with a proviso that Ukrainian government decided not to follow aggressor’s plan and try to repulse the enemy. Considering that Ukrainian Armed Forces quality and quantity are inferior to that of Russia Western tangible support is urgently required. If American and European partners and friends of Ukraine continue pursuing the “appeasement policy”, the world-wide disaster will become imminent. Thus, what is the valid explanation for European leaders to celebrate the Victory Day in the country, which President descends to the techniques and methods used by Adolf Hitler and his supporters? There are good reasons for contemporary civilized society to call Putin “the major aggressor of the XXI century” and often compare him with Hitler. Why should high representatives of nearly 30 states, notably those of West European democracies, participate in such a Parade of lie and propaganda? It is curious that unlike Russia, the USA and West European countries celebrate Victory Day on the 8th of May, what makes arrival of the leaders of the above-cited states to Moscow on the 9th of May absolutely groundless and illogical. Such an act may be estimated as consent with Russian interpretation of the Second World War as well as reluctance of high officials having accepted Putin’s invitation to restore historical justice and pay fair tribute to the memory of each person who sacrificed his or her life for peace on our planet.
Today Russian historians tend to interpret the events of 1933-1945 in a manner of “Short course of history of Bolsheviks’ Comminst Party” published in the 50s. They groundlessly heroize and exaggerate achievements and exploits of Russian soldiers in the Great Patriotic War, deliberately downgrading the contribution to the victory made by other anti-Hitler coalition member-states. Therewith Soviet and Russian historians have identified the Great Patriotic War with the Second World War what allows the creators of Russian propaganda to pay no regard to the pre-war period and, consequently, conceal information confirming the USSR’s role in the initiation of war in Europe and, lately, in the whole world. Therefore the duty of the Heads of States having being invited to Moscow is to restore historical justice, to impartially evaluate Stalin’s role in unleashing of the Second World War, to explode the myth about Russia’s individual overthrow of Nazism and finally acknowledge all the victims and damage inflicted by Stalin’s ruthless dictatorship.