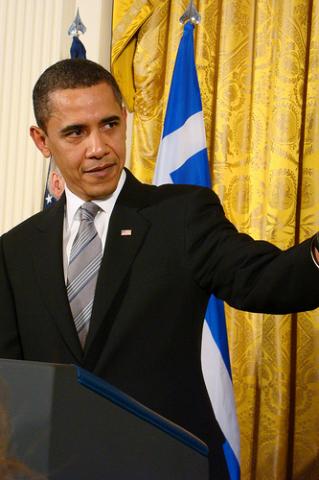 A move by President Obama this week to proceed with a handful of recess appointments has top GOP leaders crying foul, complaining that the move is questionably legal because it ignores a clever procedural technicality used by Republicans to prevent such appointments.

But if the White House feels confident enough in the legality of its actions and has chosen to brave the political criticism and risk legal challenges, it’s worth noting that it’s only done so with four appointments. According to the White House, more than 180 nominees are currently pending before the Senate. And Ezra Klein, writing for the Washington Post,notes that there are empty seats on the Federal Reserve’s Board of Governors and at key banking regulators.

In particular, the Federal Housing Finance Agency, the regulator of Fannie Mae and Freddie Mac, has for years had an acting director who has opposed more aggressive help for homeowners facing foreclosure — measures such as cutting mortgage debt for borrowers who owe more than their homes are currently worth, provided that doing so makes financial sense.

The regulator, Ed DeMarco, has opposed such measures on the grounds that FHFA’s mission is to protect the bottom line of Fannie and Freddie, which guarantee about half of the country’s mortgages. And yet he’s also defended the mortgage giants for giving millions in bonuses to top execs while they’re being propped up by taxpayers.

After some political pressure from lawmakers, DeMarco did sign on to a plan this fall that would allow more borrowers to access the Obama administration’s refinancing program, but it’s not clear how significant the expansion will be.

The Obama administration made an attempt to replace DeMarco with a permanent director in 2010, nominating a North Carolina banking regulator, Joseph Smith, for the job. Republicans blocked the nomination and Smith withdrew from consideration. The administration hasn’t tried again since. Getting DeMarco removed and replaced by another acting director within the agency isn’t easy, either.

But so far, the White House has stayed mum on whether any more recess appointments will be made. As we’ve noted, so far most of its programs to help homeowners have floundered — whether they be loan mods, loans to jobless homeowners, or funding for state-level programs to fight foreclosure. We’ve asked the White House for comment and will update when we hear back.

The questions being asked right now in Washington, however, aren’t about why the administration hasn’t done more.

Republicans, following the lead of their Democratic counterparts under the previous administration, have been trying to block President Obama from making recess appointments by holding what are known as “pro forma” sessions, as we explained in August. The sessions sometimes last for less than a minute and are held every three days to keep Congress technically in session — even while for all practical purposes, most lawmakers are back home and on recess.

The White House has argued that the appointments were necessary to keep key agencies functional, and that the “pro forma” sessions are essentially a gimmick. Republicans, meanwhile, have accused the White House of an “entirely unprecedented power grab.”