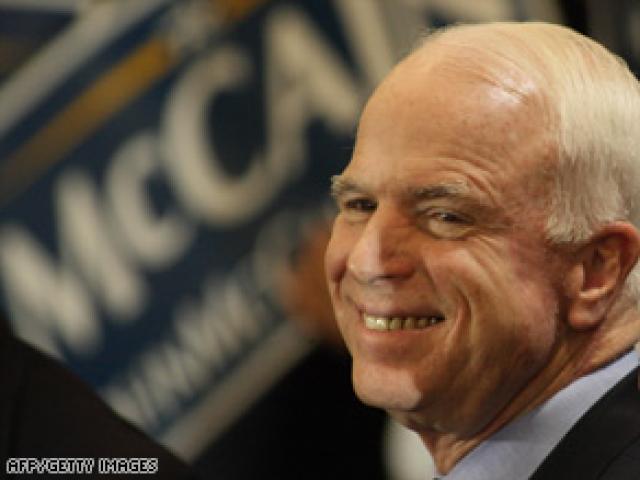 Today is the big day for Republicans in a winner takes all proposition. Super Tuesday is now upon us and the candidates are making one last push for the Party’s nomination. Romney and McCain have their sights set on California as the largest prize and possibly the deciding factor in this campaign.

In recent weeks, John McCain has enjoyed an unprecedented expansion in support for his campaign even though many in the Republican Party are saying that they would rather vote for Hillary Clinton as opposed to John McCain. This has to be a welcome development for the Clinton campaign, now they only have to hope that McCain takes the Party’s nomination.

Mike Huckabee has all of his hopes pinned on the southern states. However, it seems that he may have a little trouble getting any results from his favored southern states due to some wicked weather running through the region, including tornado warnings in Oklahoma. It seems that God might have something to say about this after all.

Ron Paul is dependant upon just the will of the voters but it is likely that he will not win the nomination and if it is true that the media and the establishment are running the numbers, and then Ron Paul will likely place very low in the Primaries. His supporters are well aware of what the outcome of this campaign cycle will be and it is hoped that Paul will decide to run as a third Party candidate.

The evangelicals are split between Mitt Romney and John McCain. There are those that seem to hold Party politics in much higher regard and it is John McCain’s maverick status, which has Dr. Dobson of Focus on the Family backing Mitt Romney on this Super Tuesday. It seems that Mitt Romney is enjoying a slight surge in the polls and that is even more evident in California.

It is possible that Republicans in California that may have supported Tom Tancredo and Duncan Hunter will find they agree more with any candidate other than the perceived pro-illegal alien John McCain. John McCain was one of the authors of the immigration reform bill, which was devastated by the people through an unprecedented outcry that the Congress and the Senate could not ignore.

John McCain cannot even bring this bill up in his speeches without getting booed at his own rallies. Because the McCain-Feingold bill is not on the radar of most of the public, it is not much of a problem for John, but the immigration reform bill is something that is still fresh on the minds of the voters and they do not want to see that bill continue to be resurrected.

This Super Tuesday is the decisive moment for the Republicans. No matter what happens, the Party’s nominee for President of the United States will be known today. However, the Democratic nominee may not be known until March or April.