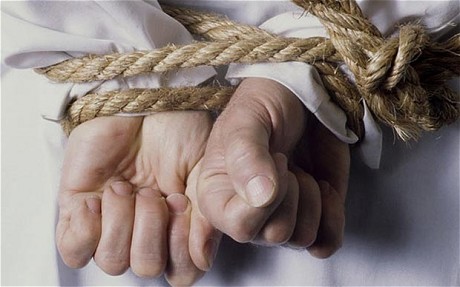 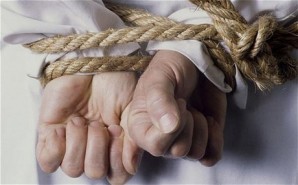 Would you go into a boxing ring against a tough opponent with both hands tied behind your back?  The question is so ridiculous that it hardly needs an answer.  Yet apparently that is the way some people think courts should be run.  They believe that an accused person should have no recourse to defence.

Serious crimes happen every day.  Police forces, prosecutors and courts investigate and mete out justice.  Suspected perpetrators are identified and lawyers are tasked with the job of defending them.  It is their job to challenge the evidence presented, expose flaws if there are any and argue for an acquittal.

Humans are fallible and our justice systems rely on people who make mistakes.  The catalogue of innocent people who have been found guilty of serious crimes is too long to list.  The more newsworthy cases have given rise to ballads, pop songs, books, films and campaigns.  Some innocent defendants were failed by feeble defence lawyers; some were framed by ruthless prosecutors; some were simply the victim of honest mistakes made by people who were trying to do their best.

The right to a defence is a cornerstone of all reputable justice systems.  Having a competent defence lawyer is not a luxury; it is a necessity.  A decent lawyer may not succeed in achieving an acquittal, but few of us would want to face a court without one.  Without defence there can be no fair trials.

In 1961, Clarence Earl Gideon, who had been convicted of robbery, successfully argued in the United States Supreme Court in the case of Gideon v. Wainwright that his trial was unfair due to his lack of an attorney because of his inability to pay for one.  The court ordered a retrial with a free public defender and he was subsequently acquitted.  That is how important defence lawyers are.

Lawyers can be expensive.  Innocent defendants can be bankrupted.  In some jurisdictions trials can drag on for years – in Italy the whole process often exceeds a decade.  The case of Amanda Knox and Raffaele Sollecito, who were charged with the murder of Meredith Kercher, in Perugia, Italy has been ongoing for almost seven years and it is nowhere near over.

At a trial in 2009, the pair were found guilty; at an appeal in 2011 they were declared innocent – not merely ‘not guilty’ – and were released from prison.  At this point they had both been behind bars for four years.  The prosecution appealed the acquittal – you can do that in Italy – and in 2014 they were found guilty again.  A further appeal to the Italian Supreme Court has been lodged and if that fails, the case will conclude at the European Court of Human Rights, necessitating a further delay of several more years.

Justice is certainly costly, whether you are innocent or guilty.  Both Knox and Sollecito racked up seven figure sums defending themselves and with no end in sight.  They both wrote books about the case but the proceeds did little more than pay off some of the bills that had already accumulated.

They have both turned to the internet and have set up websites to solicit funds to assist with their defence costs.  Their families and supporters have been doing this from the start.  Thousands of people have followed the case and have become convinced of their innocence and want to help.  Innocent or guilty, they are entitled to defend themselves.

This is where things get nasty.  As with all prominent reported crimes, ghouls gather, hurl insults and muddy the waters.  The internet makes this easy.  The Meredith Kercher case is arguably the highest profile miscarriage of justice this century.  A cabal of mainly anonymous trolls has clustered round a few websites that claim to honour the victim, Meredith Kercher but in reality do no such thing.  The worst of the followers have posted death threats and are being monitored by law enforcement agencies.

But the haters have a new game now.  They are lobbying the fundraising sites that Knox and Sollecito have been using to raise money for their defences.  Two sites, ‘gofundme’ and ‘youcaring’ have been intimidated and have taken down sites that were set up to support Raffaele Sollecito.  These organisations are exposed as easily manipulated and with no comprehension of the meaning of justice, or ‘innocent until proved guilty’.  I would go further and argue that even those who have been proved guilty beyond a reasonable doubt should not be denied the means to pay for their legal defence.

‘gofundme’ and ‘youcaring’ have signed up to the Franz Kafka School of Law.  A person falsely accused of murder cannot be allowed to raise money to defend themselves because they have been accused of murder.

Of course the haters have no interest in justice, just as they have no respect for the memory of Meredith Kercher.  They are obsessives for whom criminal justice has become a game.  Evidence is irrelevant; courts are an inconvenience; all they want is to see Amanda Knox and Raffaele Sollecito behind bars and they will do whatever they can in pursuit of this aim.

There are no words to describe the ghouls who would deny an accused person the right to a defence.  They were in the crowds cheering when Joan of Arc was burnt at the stake.  They supported Stalin as thousands were shipped to gulags.  They believe they are right regardless of evidence.  They do not even want to hear evidence, much less weigh or understand it.  And the companies that acquiesce to their demands to sever a defence funding lifeline do not deserve to exist.

There are rules in boxing to ensure that opponents are closely matched in weight and to ensure a fair fight.  Courts are different.  The prosecution has the power of the state behind it.  It starts with a huge advantage over the defence.  But at least there is a defence.

It may be hard to believe, but there are some who believe that the accused should have no defence.  Perhaps they would be content to face an opponent in a boxing ring with their hands tied behind their backs.  I wouldn’t, would you?