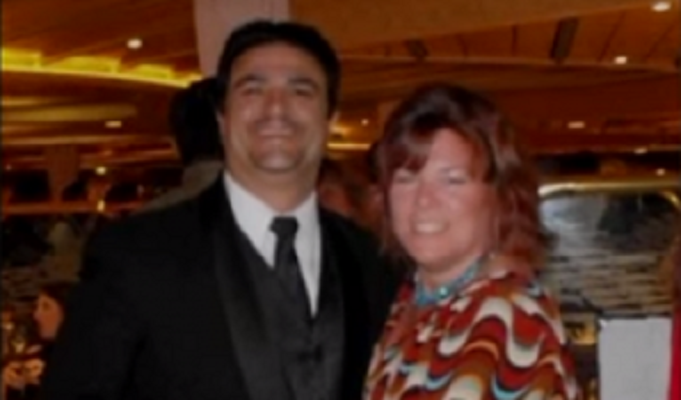 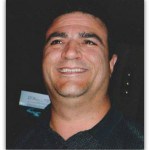 The Russell “Russ” Faria murder retrial began quietly on Monday in Troy, Missouri. Faria was convicted in 2013 of murdering his terminally ill wife, Elizabeth “Betsy” Faria, in 2011. The Missouri Eastern District Court of Appeals threw out Faria’s conviction in February of this year, based on claims of improperly suppressed evidence and alleged prosecutorial misconduct, paving the way for a new trial.

The atmosphere leading up to the opening of Faria’s retrial has been far different than that of his first trial in 2013, which was highly publicized. The case has now been sealed from public view, at the request of attorneys on both sides, which is likely the reason for the lack of immediate coverage.

The demeanor inside the courtroom is sure to be different this time around as well. One noticeable change will be the lack of a jury. At Faria’s request, his future will be decided solely by the judge. But the most significant variation from the first trial is most definitely the fact that the defense will now be allowed to present evidence pointing to another suspect.

During the first trial, the Judge suppressed evidence about another possible suspect named Pam Hupp, a person who just happened to be the beneficiary of the victim’s life insurance policy. Hupp claims to have been a longtime friend of Betsy Faria, and she was sure to make herself known early on in the investigation. According to Hupp, the Farias had a rocky relationship, claiming that Betsy confided with her that her husband had been abusive. Hupp described a “death game,” where Russ Faria placed a pillow over his wife’s face to show her how it would feel to die. Hupp’s farcical claims haven’t been supported by anyone else in Betsy Faria’s life.

Hupp became the beneficiary of Betsy Faria’s life insurance policy just four days before her murder. Russ Faria was completely unaware of this change. According to Hupp, Betsy wanted to make sure her grown daughters received the life insurance payout and she didn’t trust her husband with the money.

Hupp’s actions shortly before the murder were overlooked by police. According to witness statements, Hupp showed up at Betsy’s chemotherapy treatment on the day of the murder insisting that she drive Betsy home. When Betsy assured her she already had a ride to her mother’s home, Hupp left only to show up later in the day at Betsy’s mother’s home, once again insisting that she drive Betsy home. Betsy accepted the ride on Hupp’s second attempt, making Hupp the last person to see Betsy Faria alive.

Hupp was never considered a suspect by police. In fact she was viewed as a credible witness against Russ Faria from the start. The jury never heard any of the details about the life insurance policy or about Hupp’s insistence to drive Betsy home. Two jurors, Ken Masterson and Debbie Bray, came forward after the trial, asking for answers, wondering why they weren’t told about this important evidence.

Pam Hupp successfully collected the life insurance policy, and to this day she hasn’t given one dime to Betsy Faria’s two daughters. The daughters filed a lawsuit in April of 2014 claiming Hupp defrauded them out of $150,000 in life insurance.

St. Louis Circuit Judge Steven Ohmer is the presiding judge for Faria’s retrial. Ohmer is the same judge who threw out Faria’s conviction. The judge’s decision was based largely on the evidence pointing to Hupp. Other evidence of an alleged affair between lead prosecutor Leah Askey, and one of the lead detectives on the case named Michael Lang, also worked to influence Ohmer’s decision.

Prosecutorial misconduct beyond that of the alleged affair may very well play a major role in the retrial as well. Russ Faria had an airtight alibi during his first trial. Four witnesses testified that Faria was with them watching movies at the time of the murder. Gas station security cameras and a fast food receipt also confirm Faria’s whereabouts that evening.

Prosecutor Askey, in a shocking display, stood up in court during her closing arguments and told the jury that Faria and his friends had planned the murder of Betsy Faria for years, and that they all worked together to fabricate a false alibi for Faria. With no proof whatsoever, Askey accused four defense witnesses of a heinous crime.

Oddly, none of these witnesses have ever been charged with a crime and Askey has never spoken outside of the courtroom about her wild accusations. Many may be unaware that prosecutors in US courtrooms are allowed by law to lie to a jury, as they are not under oath. This is why Askey has never spoken of these accusations again. If she ever does so outside of a courtroom, or while under oath, she will open herself up to lawsuits from the four people she will have slandered.

So the question remains, why haven’t the four witnesses, which Askey claims were involved in Betsy Faria’s murder, ever charged with a crime? Will Askey accuse them again during the retrial? If so, won’t the judge wonder why no charges have ever been filed? Won’t the judge expect proof to support Askey’s claims?

Prosecutor Askey sure has a lot of questions to answer. It leaves one to wonder, why isn’t she the one currently on trial?