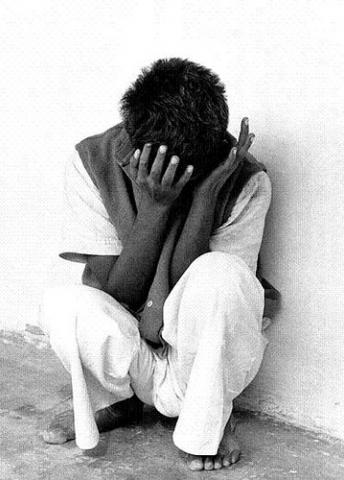 I remember the time when I had to go for this interview for a job in an agency that worked in the field of HIV & AIDS. After a round or so questions my interviewer (and eventually boss) asked in what way could people who were HIV positive be accommodated in the organization. Having never worked in this sector before I was a little stumped. My reply was that they could be any offered job that they were qualified for and were healthy enough to do.

For added measure I added that if any one of them was better equipped for the job than me, they ought to be taken in as any other candidate would be. In spite of that some what naïve answer, I was offered the job. It was only after having accepted the job and beginning work that the import of the question that was asked in the interview came through. For, stigma against those who were HIV positive were just about every where and the effects of stigma translating into discrimination in different spheres of life was equally pervasive.

It is not easy to discover the odor of stigma – an attitude that attacks like a mad dog, without reason and rationale but bites to kill and maim. In spite of every thing an understanding of stigma in a scientific age still eludes me. I remember the time when I first met a gay person, a chap who had done his MBA from a reputed institute and was dressed like any other man in the room and looked the same. He spoke for an hour on the discrimination that he faced from childhood, wanting desperately to be like other men, attracted to girls and women and not other men but it never happened. His parents tried every thing they knew from science to faith healers, when they gave up and he grew up, he tried every thing but nothing worked. Finally when stigma caught up with him even in the starched world of his corporate sector job, he quit to lend his talents to a Trust involved with sexual minorities.

I haven’t forgotten that man yet and I doubt that it will ever will any time soon. From him I learnt the lesson that stigma not only has no reason, it is no respecter of class either. Education will not necessarily eradicate it, in a grotesque fashion; it may actually amplify your hates and dislikes. I know many, many people who have probably never really known a single gay person in their entire life as friends or even acquaintances in any depth, but have read a book or two or may be just one book…. And based on what they have read ghosts and images appear that they then learn to shun.

There used to be a time when there used to be a lot of leprosy colonies and leprosy homes. Belonging to another century very literally – most were set up in the late nineteenth or early twentieth century, these colonies used to house cured or deformed leprosy patients who had been cast out by their families. Those who had children, used to send them out to stay in these homes where they could go to school away from their “tainted “parents. Those who were not lucky enough to find place there used to beg on the streets with open sores crudely bandaged. Similarly the water the Dalits drink is differently designed, and their tea cups in the tea-shop are located in different time and space. and the shelter under the tree for a landless Dalit is not really made of an equal summer. That was stigma, out in the open and pretty much in your face and it was correct.

But stigma is not always out up front, in your face. No one can explain women who became HIV positive after sleeping with no one but their husbands face stigma — or for that matter why their children do not get admission to schools. Why sexual minorities face discrimination just because of their orientation is different and not because they have been seen “having carnal intercourse against the order of nature” using the language of the penal code or why even well-to-do Muslims find it tough to make headway when it comes to buying property even in so called progressive cities like Mumbai.

Yes stigma is certainly an open sore; very much of the sort that we see on those chronic leprosy patients out there begging on the streets. But the greater stigma is the one lurking in the shadows. It lies in wait like an unseen phantom present every where but visible no where except in the nearest mirror. There it stares back at us glassy eyed, as we preen ourselves in front of it – about our education, our awareness and most of all our empowerment from all those notions that others but not us are captive to. That unspoken stigma is the bigger fear and it will not be so easily overcome without a long and arduous battle.