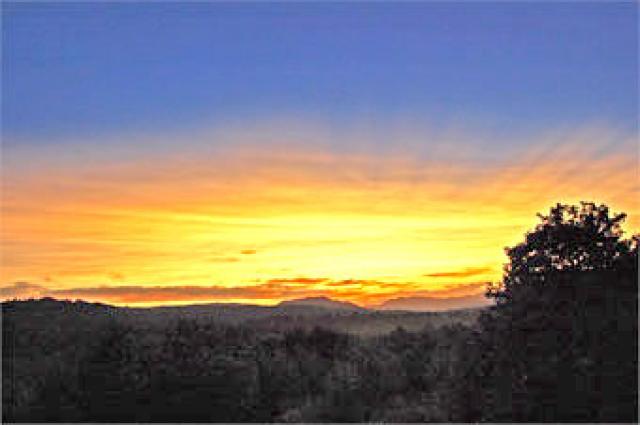 The doctors said “No longer than six months.”  Alzheimer’s and dementia made the next ten years of caregiving for my mother difficult.  Afterwards, I needed to strip off karma that had stuck to me like the coating of a candy apple.  My way is a hard physical challenge, one that takes everything I can muster to finish… if I can.

The first day was easy, a ten mile hike out of the headwaters of the Snake River on the Idaho, Montana border.  The next day, the first on the bicycle, the weather flexed it’s muscles. It rained, hailed, the wind blew, there were a few snowflakes and the riding was treacherous.

From Henry’s Lake, and into headwinds every day: headwinds sometimes strong enough to stop my progress, I rode down the east side of Idaho, across the southern border, north and west into Oregon and to Walla Walla, Washington.  While on the bike, Celinda, our grandson Michael and I would rendezvous in the evenings.  We slept in our tent, in the rain, hail, snow, in various campgrounds, the parking lot of a small store in the middle of nowhere, one motel and yards or homes of friends.  In Walla Walla, the bike and tarmac were traded for kayak and Columbia River.  From Walla Walla, Celinda took Michael back to San Diego and then headed home.  I was in the kayak and on my own.

The two man sea kayak, packed for the long trip, hardly had room for me.  With no room left for boots, I wore reef walkers…they’re like thick socks, the big toe in one part, the rest in another section, with a thick felt sole bonded on the bottom.  With so much gear onboard, the kayak was heavy, paddled hard… and… I’d never kayaked before.  Cycling is mostly a lower body workout and kayaking is mostly upper body.  The transition made for sore muscles and difficulty sleeping at night.

During the 180 miles to Portland, mostly into gale force winds of the Columbia River Gorge, life was dawn to dark paddling, being soaked with spray, eating what I had onboard, purifying my water and sleeping wherever I could.   One sixteen hour day produced eight hours of headway.  One night was spent on a mud flat, accompanied by an old tire someone had tossed over the bank.  Another night was on an island with, laid back, rattlesnakes.  I assume they were, I almost stepped on one.  It was coiled, but just stared at me from its hole in the bank.

Wherever night found me, I had to be aware if a dam upriver released a lot of water…I needed to be high enough not to be swept away.  If the dam, which could be many miles upstream, lowered the flow, it took hours to unpack, haul all the gear and the kayak to the new shoreline and repack.  That’s what I was doing when I almost stepped on the rattlesnake.

John Day Dam, my first dam experience, was exactly that.  Once I found someone, I asked what was necessary to go through the locks.  The person called the dam headman, who cussed all kayakers, told the man standing next to me,  “There’s no way any *&^*)%^$ kayakers are going through the locks at my dams.”   The man said he was sorry, then gave me the chapter and section in the rules book that stated it was against the law to deny any boat the right to go through the locks, including kayaks…just in case I wanted to pursue it.

A Native American, who was monitoring the Native American’s catches, and a fisherman, who both said the same thing about the Corps of Engineers that the headman had  said about kayakers, helped me haul the boat and gear a mile or so below the dam where I reentered the water.

The rest of the trip to Portland was wind, being wet, two more dams and making do with whatever was available.  In Portland, a longtime friend from Oregon helped me get prepared for the ocean ahead.  The rest of the journey seaward was good paddling and different scenery.  The gorge consists of massive cliffs and raw nature.  Below Portland, I paddled past two women on a boat, sunbathing in the nude…nature in the raw again.

At the mouth of the Columbia, it was impossible to get into the ocean.  Supertankers, huge swells and an onshore wind were more than I wanted to tackle in an overloaded 17 foot kayak.  I called my bike racing friend in Bandon, OR, packed the kayak into a rental car, exchanged it for a bike in Bandon and returned to where I’d taken the kayak out of the water.  Three days later, after riding to Bandon, I was in the ocean and headed south.

The Columbia was sun and sweat, even with flying spray.  The ocean was fog and cold.  My wet suit was too hot for paddling, but I was bone marrow cold without it.  When I got to Crescent City, CA, I wasn’t sure I wanted to go on.  Two days later, and with a weather report of calm seas and light winds, I headed south toward Eureka where my sister was living.

The weatherman and nature weren’t in agreement.  About twenty miles south of Crescent City, a fast moving cold front went through.  The ocean got mad, then buried me in froth and green water multiple times before unceremoniously hurling the boat and me on shore.

When attempting to get out of the kayak, after being thrown ashore, my right foot was trapped in the boat.  The next big wave was on its way.  if I couldn’t have freed myself, my death notice might have been recorded as happening on a deserted beach in N. California.  Jerking my foot out, I lost my reefwalker, and enough skin from my ankle to the end of my big toe to make a good sized meal.  I was fortunate to be wearing reef walkers, I’d have been trapped if wearing boots.

After being rolled over several times in the waves, which broke a piece of the bow and made it un-seaworthy, the kayak regurgitated my gear into the pounding surf.

After reclaiming my belongings from the ocean, I found three pairs of socks and a wet boot, tightly laced, can stop blood flow when nothing else does.  That night I slept in a makeshift driftwood shelter and wet sleeping bag.  My injury complicated the next day’s twenty-two mile walk, before catching a ride, on the way to my sister’s in Eureka.

In Eureka, I rented a car, retrieved the kayak, drove to our daughter’s in San Diego, stuffed my bike into the already over-packed car and drove to Columbus.  I exchanged the kayak for the rest of my bike gear, drove back to Eureka and, two days after leaving, continued where I’d left off.  From there it was mountains, deserts, more wind, California, Nevada, Arizona and New Mexico.  Sleeping accommodations were whatever was available, many of them with goat heads at no extra charge.

Four months after leaving the headwaters of the Snake River, I rode into our yard in Columbus.  Most of the karma had been stripped off by wind, water and sand.  Since then, it’s been my responsibility to understand the differences between pity and compassion and then apply that knowledge in my life.

The entire trip is in my book,YOL BOLSUN, MAY THERE BE A ROAD.  It’s a daily diary covering four months in 429 pages, but too long for here with has lots of stories for other times.