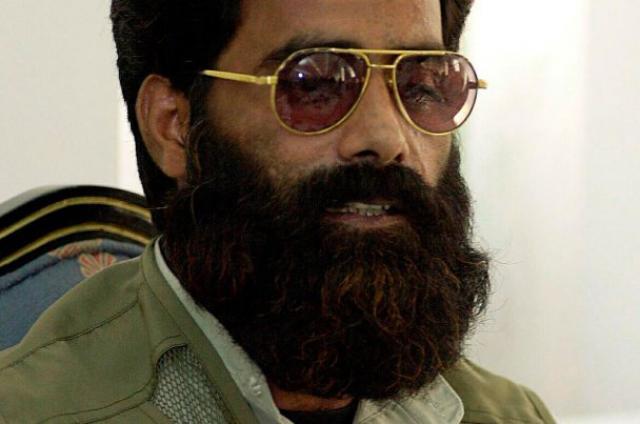 Really, the global terror platform Al-Qaida is passing through its worst stint. After Osama’s death, the budding Jihadis have greater expectations in Ilyas Kashmiri, the much exaggerated new Osama bin Laden, in leading them the Jihad against the non-Muslims. However, time has put a full stop to Kashmiri’s Jihad. Ilyas Kashmiri, who is also the perpetrator of 26/11 Mumbai terror attack, was killed in a US drone strike, at South Waziristan tribal region.

Kashmiri is a wanted accused in Pakistan and carries a 600,000-dollar reward on his head, but he was also killed in the land of Pakistan. The Pak government has to answer where he had been living so far. The killings of Osama and Kashmiri point out a simple fact: Pakistan is a nation created to safeguard these kind of ruthless terrorists.

Five months ago, the international terror shop Al-Qaeda, appointed Ilyas Kashmiri as the chief military strategist for Pakistan and Afghanistan. His role was to plan, execute and spearhead blatant terror attacks against the West and India. He was then the chief of the Pakistan-administered Kashmir chapter of the Harkat-ul-Jihad al-Islami. But bad luck, he had gone before achieving his jihadi intentions.

Ilyas Kashmiri is a terror product (born in 1964) from the Kotli District of Pakistan-occupied Kashmir; he also fought the Soviets in Afghanistan (as a junior commander), and the Indians in Kashmir as well as in Indian soil. According to many terror reports, Kashmiri was part of the Special Services Group of the Pakistan Army in the 1990s.

During the early 1990sKashmiri and another Islamic terrorist, Nasrullah Mansoor Langrialwere detained by the Indian Army near Poonch in Indian Kashmir and then jailed. However, two years later he escaped and returned to Pakistan. However, he continued his dirty Islamic Jihad against India in the form of bomb explosions. According to some unconfirmed reports, when Pervez Musharraf was the Army Chief, Musharaf rewarded him with cash. Do you know the reason for this award? Kashimiri presented the head of a dead Indian army officer to Musharraf. This incident clearly depicts how brutal is Ilyas Kashmiri? And also the terror mindset of Pakistani Army.

In 2000, Kashmiri was jailed by ISI due to some internal clashes in the Pak terror network. However in 2004 Ilyas Kashmiri was discharged from jail and returned to the 313 Brigade in Harkat-ul-Jihad-al-Islami and rebuilt its vigor. Meanwhile he also worked in partnership with Taliban.Ilyas Kashmiri shifted his root of operation from his hometown Kotli, in Pak-occupied Kashmir, to Waziristan on the Afghan border.

Ilyas Kashmiri was in frequent contact for some time with David Coleman Headley, one of the key perpetrators of Mumbai terror attack on Nov 26, 2008 which killed 166 including foreigners. Headley is now under the custody of American agencies. Kashmiri’s communications with Headley implied that they were in the process of plotting fresh attacks in India. Since the Mumbai attacks, Kashmiri has been on the US radar also. Actually, the Pakistani government knows the whereabouts of this global terrorist in Waziristan. As the Islamic terror network is very much associated with ISI and Pakistan Army, they never told the truth. But, they failed to protect this inhuman terrorist and now Kashmiri was killed in a US drone strike.

After the death of Osama, Kashmiri’s death appeared another set back for the international Jihadi network. The Jihadi intellectuals are in a talent hunt to fill the vacuum created by these two terror bigwigs.