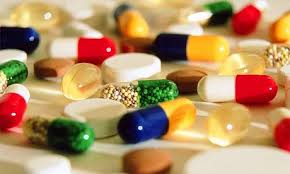 The Technical Evaluation Committee attach to Ministry Of Health has planned to purchase 12 essential drug items for government hospitals on last September by spending Rs.8.73 million more then the usual amount according to president of Health Services Trade Union Alliance(HSTUA) Saman Ratnapriya.the technical evaluation committee which meet 29th of September 2013 at the ministry has taken this decision, but due to the pressure of some health trade unions the committee has cancelled this decision he has revealed

“These drugs are including the list of 122 Drugs banned by Health Ministry three weeks back citing that they are in low quality .after banning those drugs Ministry Of Health has trying to purchase the 12 drugs mentioned earlier to avoid creating a drug shortage in government hospitals” HSTUA President has pointed out.however the ban imposed on 122 drugs supplied by five indian drug companies temporarily suspended last week by the ministry it self stating they are unable to find a quality drug suppliers in a hurry.