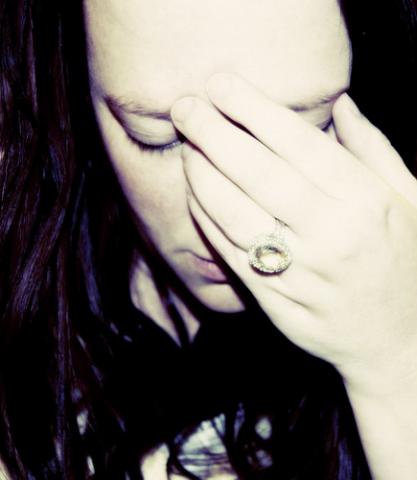 According to  the American Psychological Association, one-third of Americans are living with extreme stress and nearly half of Americans (48 percent) believe that their stress has increased over the past five years. An national survey released by the APA revealed stress is taking a toll on people — contributing to health problems, poor relationships and lost productivity at work.

The survey also showed money and work continue as the leading causes of stress for three quarters of Americans, a dramatic increase over the 59 percent reporting the same sources of stress in 2006. The survey also found that the housing crisis is having an effect on many, with half of Americans (51 percent) citing rent or mortgage costs as sources of stress this year.
Psychologist, Katherine C. Nordal, Ph.D, noted,the prevalence with which Americans increasingly report extreme stress levels in alarming.   “Also, people say that their levels of stress and lack of willpower are preventing them from making lifestyle and behavior changes that are necessary for improving and maintaining good health. It’s clear that people need tools and support to better manage extreme stress in order to prevent serious health consequences. Unfortunately, our current health care system does not do a very good job in this regard. And insurance companies often don’t cover preventive services or the kinds of services people need in order to better manage chronic illness,” she went on to say in a press release.
Research supports the idea that having   a positive outlook can extend one’s life  and stress is also linked to six leading causes of death, according to a report issued by the APA:heart disease,cancer, lung ailments,accidents, cirrhosis of the liver, and suicide.
Dr. Beth Erickson,Ph.D, a psychotherapist, speaker, and author based in Edina, Minnesota, notes it’s important to cultivate a spirit of gratitude, in order to help combat stress during the holiday season.  "Those who approach the holidays – and indeed, life – with this perspective are virtually guaranteed to be happy, whatever their circumstances.  Norman Vincent Peale called this the power of positive thinking.  Approaching life this way allows you to focus on the blessings you have experienced this year, rather than on the scarcity that could impoverish your life economically, mentally and emotionally.  A wonderful way to instill this in children is to ask what they are grateful for this past year, even if there are fewer presents under the tree or less Hanukkah gelt. Their learning this lesson can be the very best gift of all," she said.
Dr. Erickson believes it is possible for individuals to protect themselves against the toxic effects of stress. She offers helpful tips to manage the stress in one’s life during the holiday season: http://onealmedia.wordpress.com/hot-holiday-survival-tips-for-2009/
Filed under: Health & Science, US
Share Tweet Pin G Plus Email
previous article: Sri Lankan President To Present Extended Version Of His Previous Election Manifesto
next article: What products are likely to go bad first? Shopping online, warranties, and consumer survey reports