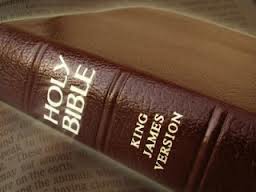 When Yeshua’s blood dripped upon the West end of the Arc, along with the veil being ripped in the Temple, this gave all of mankind access to forgiveness of sins, and individual access to the throne of Yehovah.  This also opened the door to gentiles to be “grafted in”, so that they also may be part of the renewed covenant with Israel.  But salvation is of the Jews first, and the gentiles must follow along within the Hebrew parameters.  Yeshua will reject all doctrines “made up” by gentiles.  Case in point, Catholicism, Protestantism, and all others begun by gentiles.  The (only) way of salvation is what the Apostles of Yeshua preached in the book of Acts.  Doctrines of salvation derived from (a misunderstanding of) the epistles, especially by gentiles, are all in error.

Picking up from the previous chapter, the seventy week ministry of Yeshua was not yet completed, as was revealed to Daniel.  From the date that Yeshua was baptized (Sunday February 16, 27 AD), to the outpouring of the Holy Ghost (Sunday June 20, 28 AD), was 490 days or seventy weeks, not 3½ years as evil gentiles have taught.  That is another point of the (evil) false doctrines started by Catholicism (Eusebius of Caesarea).  Yeshua (Yehovah) fulfilled the four Spring moadim (appointed times) of Passover, Unleavened Bread, and First Fruits while on Earth, and remained on Earth forty days after the First Fruits.

Ten days after Yehovah ascended back to Heaven in His new “Glorified” existence, He sent down His (Holy) “Ghost” upon the Temple Mount, with the Spirit making an audible sound.  Just as Yehovah was a consuming fire on top of Mt. Sinai, cloven tongues of fire sat on each of the 120 disciples in the “house of prayer” of the Temple.  Exactly as Israel was given a “new tongue” at Mt. Sinai, each of the 120 spoke in tongues upon the Temple Mount.  This completed the fourth moadim, which was called Pentecost.

Therefore, the roots of Christianity began in 2181 BC, when Abraham was about to kill Isaac as a sacrifice, at the same co-ordinates on Mt. Moriah that Yeshua would be crucified 2, 208 years later.  The “replacement” ram had its head caught in a thicket, and Yeshua had His head pierced with a crown of thorns.  In 1598 BC, with the Exodus from Egypt, the Passover lambs were chosen on the tenth day of the new month (and year, Exodus 12:2).  On the fourteenth day, the lambs were roasted in the afternoon, and their blood was put on the door posts, else the first born in the household would die.  After sundown that night, Israel ate unleavened bread (bread made in haste) and the lambs, as the death angel went throughout Egypt.  The First Fruits offering was delayed until Israel could possess the Promised Land.

Israel was “baptized” (mikvahed) as they passed through the main body of the Red Sea (not the Gulf of Aqaba).  Fifty days after leaving Egypt, Yehovah shouted down His commandments from Mt. Sinai, giving Israel the new language of Hebrew, which they did not have until then.  This was the beginning of the four Spring feasts given to Israel, and fulfilled by Yeshua.

To commemorate the shouting down of the commandments, the first day of the seventh month (Tishri) was assigned as the Day of Trumpets.  It’s the day that “no man knows”, until the first sliver of the renewed Moon is seen in the land of Israel.  Because the Moon’s cycle is 29.53+ days, we don’t know when the first sliver will be visible.  If there is cloud cover on the 29th day, and the expected Moon cannot be seen, by default the 30th day (since the last renewed Moon) is assigned as the first day of the new month.   On the tenth day of Tishri, is the Day of Atonement (Yom Kippur).  The fifteenth day (the day that Yeshua was born in a sukkah) through the twenty-first, is the moadim of Tabernacles.  The twenty-second day (when Yeshua was circumcised) is called “the Last Great Day”.  Yeshua will fulfill those three Fall feasts upon His next two advents.  That is what the book of Revelations is about.

Since the 1800’s, the false doctrines of a pre-tribulation rapture has been taught by evil and ignorant men, ignoring the words of Jesus and Paul.  Here is how things will go.  First, the Temple will be rebuilt in Jerusalem.  Expect it to begin in July 2015, between sundown on the 25th, and sundown the 26th, 2015.  This begins the 3½ year “mild” tribulation.   Near the Temple’s completion, about July 3rd (or 4th) 2017, the hidden Arc of the Covenant will be taken out of hiding and revealed to the public, and be set into the temple, for the Jubilee year of Israel.  I’m guessing that the anti-Christ will be revealed in 2018, probably around the time of the Feast of Dedication (Lights).  This is when the “beast”, the man of sin, will declare himself to be “god”.  This begins the 3½ year “great” tribulation.

The anti-Christ in the Bible, I believe will be who the Muslims will call “Al Mahdi”.  He is supposed to be a champion to the Muslims, by overcoming all oppressors, and bringing justice and peace to unite the world.  It sounds to me like the Illuminati (Jesuits) will start the ball rolling, and the Beast will later overtake them and the world.  The false prophet in the Bible (Revelation) would also be a Muslim, named “Isa”, pretending to be a Jew.  I think his purpose would be to deceive the world into thinking that Jesus is subordinate to the Beast.  Both of these evil characters would be empowered by Satan, making their rebellious stand on the Temple Mount (2 Thessalonians 2:3), deceiving and killing mankind, and blaspheming against Yehovah.

Enoch, and Elijah will preach against the anti-Christ.  They are the two witnesses, which come down from Heaven about the time that the anti-Christ desecrates the Temple.  They are the only two that were taken to Heaven, and have not died a human death yet.  After they finish their testimony (the second 3 ½ years), the anti-Christ will be able to kill them, and they will lie dead in the street unburied for three days and a half.  My guess (and I mean “guess”) is that after 3½ days, the two witnesses will arise from the dead in Jerusalem on the Day of Trumpets (renewed Moon sighting, day one of Tishri), and ascend to Heaven to give their report to the High Priest (Yeshua).  For every renewed Moon sighting, two witnesses must appear before the high priest, and confirm their sighting of the lower crescent of the Moon in order to make the starting of the new month official.

Only at this time, after the two witnesses return to Heaven, does the angel with the seventh trumpet blow, and the eighth and final trumpet (for the rapture) has yet to sound.  After the seventh trumpet, at some unknown period of hours or weeks, Yeshua will appear with His angels in the sky to kill the armies of the anti-Christ that are assembled at Armageddon with swords from His mouth.  The anti-Christ and his false prophet will be the first to be cast into the Lake of Fire.  Satan will be bound for 1,000 years, in the bottomless pit (Rev 20:1-3).

Only now will the dead in Christ be raised, and the saints changed from mortal, to immortality, AT THE LAST TRUMPET (1st Corinth. 15:52)!!.  There are seven trumpets that will blow before the eighth and final trumpet blows.  There is no “pre” or “mid” tribulation rapture.  All those that think that they will be taken out of the Earth before things get bad are mistaken, and will be blind-sided by reality.  This is how Jesus described it, and how Paul wrote it, and how John revealed it.  These other jackleg preachers teaching otherwise are liars.  Read Matt. 24 and Rev. 19, then compare.

In the next chapter, we cover the millennium and certain added evil gentile doctrines.