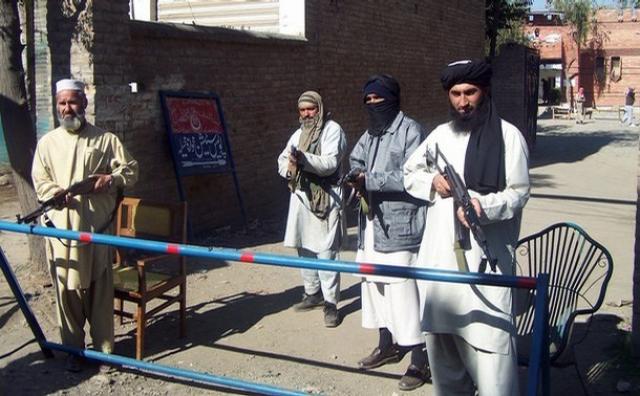 : The parliament had passed the Nizam-e-Adl regulation in order to bring peace in Swat valley and yesterday the provincial government of North Western Pakistan has announced the establishment of Darul Qaza (Islamic Supreme Court).

The Provincial Information Minister, Mian Iftikhar Hussain made the announcement yesterday when he appeared in a press briefing and he termed it a historical moment.

He thanked the political parties which backed the regulation in the parliament and he congratulated the people of Swat valley because it was their demand.

But today the Taliban in Swat valley have rejected the establishment of Darul Qaza and they have started patrolling the Mingora city, the capital of Swat valley.

They had abducted two security men last night; their dead bodies were found near Khwazakhela today, however, some unknown assailants have set on fire three trucks of army.

The government has imposed a night curfew in Swat from Sunday to Monday.

On the other hand, heavy exchange of fire also reported in some parts of Swat between the Taliban and security forces.

The insurgents again started attacking the grid stations and schools in the area, according to media reports.

Meanwhile, the Pakistani security forces have claimed greater success in Buner where it is battling the insurgents and some 80 militants have been killed so far, according to reports.