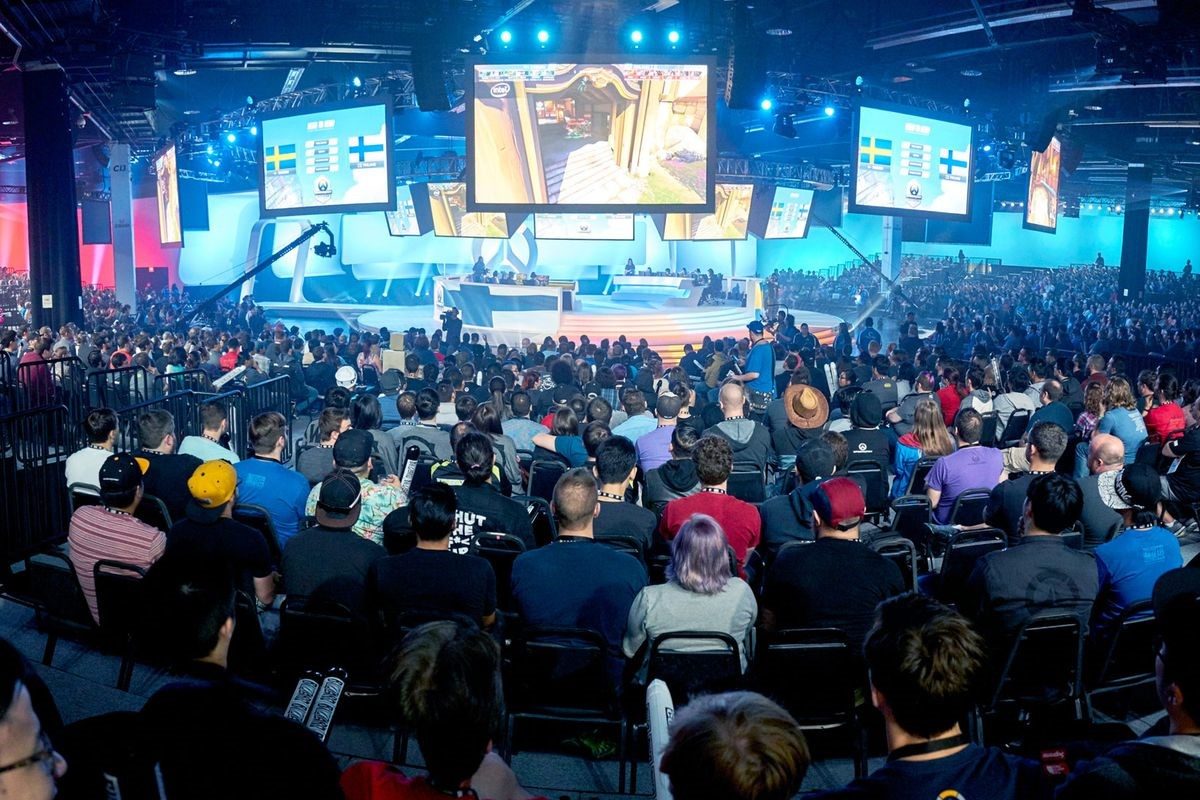 One of the biggest stories in the worlds of tech and gaming in recent years has been the dramatic, seemingly unstoppable momentum of the rise of eSports. From its Southeast Asian roots in the early years of the twenty first century, eSports is now a global phenomenon, and stands on the brink of becoming even bigger.

Despite these successes, there has long been a rift between eSports and the world of more traditional sports – but with football clubs setting up their own gaming teams and pushes for eSports at the Olympics, are the two worlds about to merge for good?

The Rise of eSports in Football

There has, traditionally, been much hostility and suspicion towards eSports from more traditional sporting environments, who see themselves as ‘real’ sports in a way that their digital counterparts are not. One of the key arenas in which this is beginning to change, however, is football. More and more clubs from around the world are getting involved, with Premier League clubs such as Manchester City and West Ham hoping to achieve success at eSports tournaments as well as on the pitch.

Although some clubs have been criticised for their failure to fully understand or appreciate the difference in culture between football and eSports, others have received more positive recognition. In particular, AS Roma’s partnership with Fnatic, and FC Copenhagen’s specialist eSports team North, are seen as positive examples to be emulated.

The Drive for eSports Credibility

Across the world, there are increasing pushes to have eSports recognised as a credible sport like any other.

In the UK, Chester King, chief marketing officer of the International eGames Group has become a figurehead for the drive to have eSports added to the list of recognised sporting activities by Sport England.

As well as the backing of King, eSports is also benefitting from the interest and backing of other notable names. For tech entrepreneur Tej Kohli, eSports represents an innovative merging of disruptive technology and competitive sports, that will help to erase boundaries and open up new possibilities both for players and spectators. For figures such as Chester King and Tej Kohli, investments, campaigning and other forms of backing for eSports are a crucial way of ensuring that it is seen as a viable new form of competitive sport.

Are eSports Heading for the Olympics?

While some of the proponents of eSports have their sights set on gaining recognition, others have an even more ambitious foal – competing in eSports at the Olympic Games.

One of eSports’ most successful rising stars, 22-year-old Lee San-hyeok – who plays under the pseudonym Faker – has now set his sights on the Olympics, arguing that eSports should be represented in the future. This follows its debut as a demonstration sport at the 2018 Asian Games, where it met with both intrigue and suspicion.

An eSports debut at the Olympics might not be as far-fetched a target as some would imagine – the committee behind Paris’ bid for the 2024 games have made discussions between the International Olympic Committee and eSports representatives a part of their platform.

While the growth of eSports as an industry, and as a pastime for gamers and spectators, looks set to continue – but the idea that we may soon see eSports treated the same as competitive football, tennis or cycling is looking more and more likely.