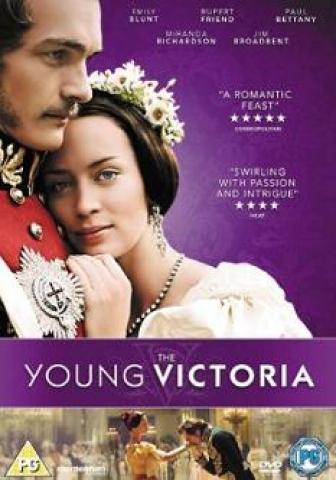 The young Victoria is a very good  movie about the queen’s younger years. It starts when she is in her late teens and is struggling with her mother and her care taker, Sir John Conroy. This man does all he can to controll her and eventually become her regent, so as to be ever more powerful.

However, we find out that Victoria is very strong willed and will not let het fate be decided for her so easily.

I found this movie very good, for it shows just how uncertain times were back then. It seems all so obvious to us in the 21st century, that Queen Victoria was a great sovereign, with the longest ever reign. Yet at the time, nothing was more certain.

For instance, her uncle, the King William IV could have died before her 18th birthday, subjecting to her to a regency, which could have easily lasted till she was 25.

If Lord Melbourne, one of her supporters, had not been in power, it would have equally been difficulter for her.

Had she not decided to marry Prince Albert, she might have not reigned as effectively, nor had a constant and ever faithful companion. Not to mention, that had she not married at all, she would have died childless, just like Elizabeth I, leading to high tensions for her succesion.

However, all in all, it is her strength of mind and her courage to confront patriarchal traditions that permitted her to become such a remarquable and efficient sovereign.

If you haven’t seen the movie yet, I recommend that you do so or get the DVD when it comes out. This is a great way to learn about historical facts. Of course there are some liberties that were taken, but no where near as many as taken by The Tudors TV show for example.