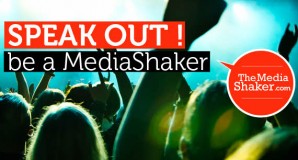 Here in the digital age, there is a showdown between two famous California industries: Hollywood and Silicon Valley. The results from the major sectors of film production, marketing and distribution will have global ramifications. The specialized website TheMediashaker, which is focused on the entertainment industry in the digital era, launched a new debate and asked the question: is technology directing the camera?

With unprecedented accessibility, the audience for movies and television is larger than ever. Nearly all the financial barriers to entertainment consumption have been torn down, with the movie cinemas and expensive cable packages re-packaged into user-friendly, affordable digital options. But by this same innovation, there is also nearly unlimited choice. From subscription services like Netflix to streaming sites like Hulu Plus to pirated bittorrent sites, the internet has created a vast landscape by which viewers can consume media.

If this new consumer reality, that the audience is more often watching from their couch than the cinema seats, is true, Hollywood must adjust to this new reality. Lately, major studios have adopted a risk-averse, blockbuster-driven policy. The box offices are bigger than ever for these major superhero releases, but so are the budgets, meaning there is less wealth to spread to smaller, independend-minded movies. Those scripts which could push Hollywood to the next step creatively have instead been pushed to the margins of Hollywood.

Even for blockbusters like X-Men: Days of Future Past there remains the subtle scourge of piracy. Before the internet, Hollywood studios had only to fear cheap knock-offs and bootleg films shot in the theater. Now, many bittorrent sites offer HD-quality downloads of unauthorized films and television shows. Streaming sites host similar content, offering for free the same digital content that would cost sticker price on Amazon and in stores. Over the past few years, a concerted effort has been made to curb internet piracy, but the problem persists.

Hollywood and Silicon Valley are based in California, but with globalization both industries have reached and infiltrated many international markets. You can see it in the box office totals, where internationals generate hundreds of millions for the biggest films. Where it is less apparent are in the bittorrent sites and illegal downloaders that exist globally. What’s more, only the biggest-budget, star-studded films get regularly distributed to markets abroad.

All these major themes raise more questions than answers. How can Hollywood restore funding to creative and independent films and capitalize on the wide digital audience? How will Hollywood work with Silicon Valley in order to mollify the piracy issue? More than all, how can entertainment (Hollywood) use the digital sphere (Silicon Valley) to increase financing for global distribution?

This month, www.TheMediaShaker.com has a new debate which will attempt to answer these and more questions. The debate will feature columns from longtime industry watchdogs, interviews with major players and plenty of blogs and updates as the site looks for solutions for “Siliconwood”.