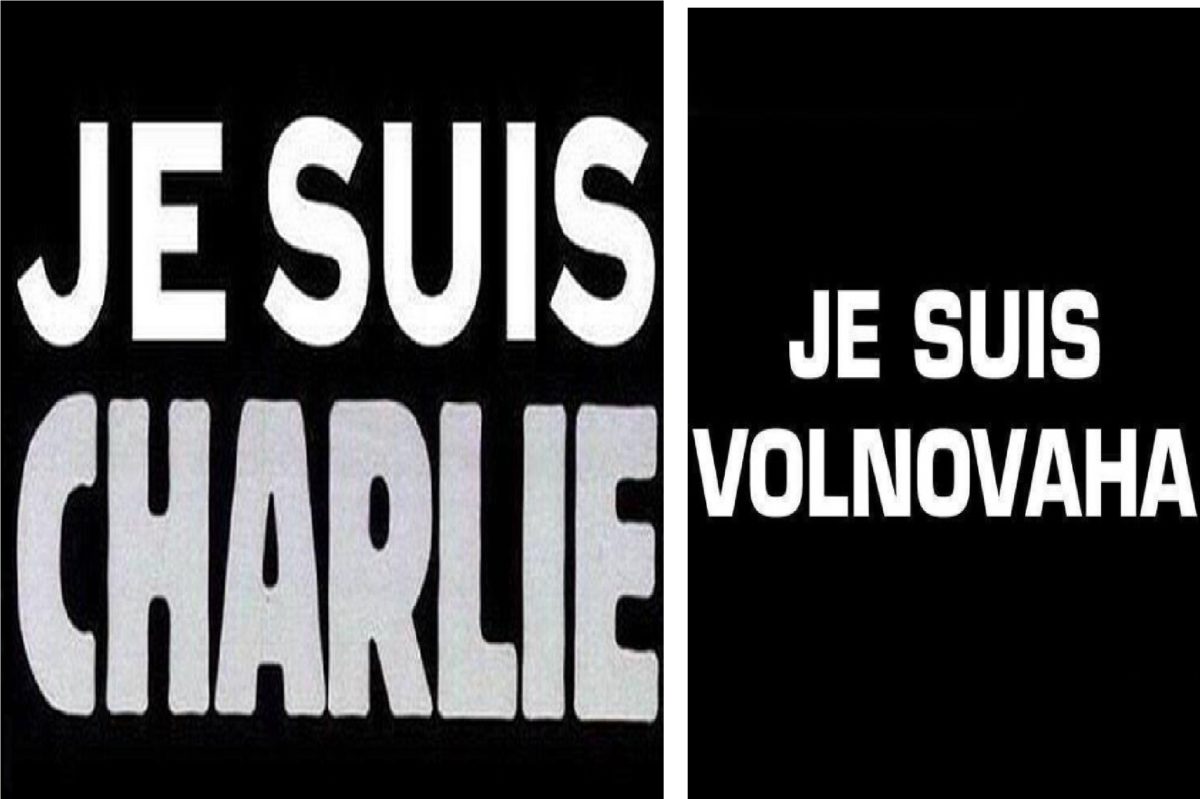 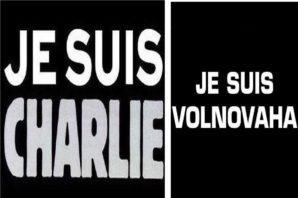 Paris, January 11: more than one million of people are out on the streets of the capital of France in memory of victims of act of terrorism against editorial office of Charli Hebdo.

Kiev, January 18: more than one million of people are out on the Maidan to express their solidarity and indignation because of murder of Ukrainian civilians near the city of Volnovakha.

On January 11 I was in Paris. I’m writing this message on January 18 from Kiev. Both in Paris and in Kiev I saw faces of people. They expressed grief, being simultaneously firm to resist terrorists – to these barbarians of the XXI century.

Many people held banners in their hands: “Je suis Charli”, “Je suis Volnovakha” (“I’m Volnovakha”). Here in Kiev, like in Paris, people are restrained in emotions, and at the same time resolute and staunch.

Grieving over victims of tragedy, people told about artillery fusillade of the peace bus with a use of high mobility missile system as a bloody episode in a chain of tragical events in the East of Ukraine. 13 persons, including children, were lost.

People understand that all today’s events in the East of Ukraine are handwork of army of unfulfilled people limited in choice of employment and own destiny, which became the tool of aggressive imperial policy of the neighbouring state. Putin’s regime supplies them with modern weapon and encourages them to direct military and terrorist actions.

There is no doubt that Ukraine becomes the European country and the outpost bearing the main weight of terrorist attack from Russia.

Now, it’s the high time for effective solidarity with Ukraine!