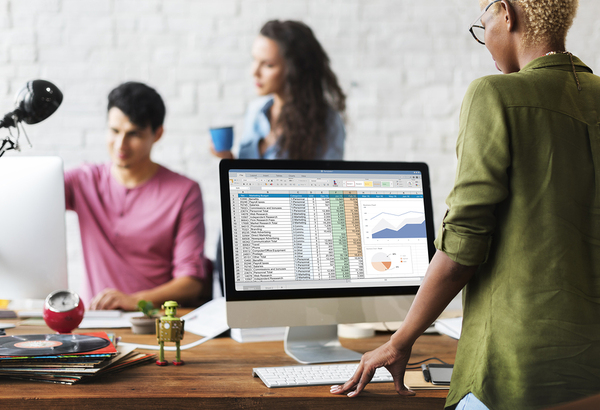 Females in the tech industry are still a minority, but for one woman, she is paving the way with solutions for workplace communication and standing up for women in tech. Although “females in tech” is a phrase commonly used to reference the low number of women in STEM fields, “males in tech” is rarely used as they make up the majority. Females will no longer be pushed aside in board meetings — instead they show up to have their opinions heard and valued. For Saumya Bhutnager, she’s the epitome of strong and successful females in tech.

Bhutnager positions herself independently from others in career by standing out instead of blending in and holding true to her values. She doesn’t ask for praise in her work, but hopes to make a difference. Her company, InvolveSoft, is a workplace community platform that helps streamline communication between employees and managers from top down and bottom up approaches. Bhutnager began the start of her company with her dear friend, Gaurav Bhattacharya. With a background in sales and marketing, his skills complemented hers in coding and natural language. When a techy meets a communicator, they tend to make the perfect pair. Fortunately for them, the duo powered one of the most successful startups in the Los Angeles area. With the tech industry having a reputation for being ultra competitive, diving into that market wasn’t so easy. Bhutnager and Bhattacharya both continue to demonstrate hard work and determination in their work, and that raw passion is what keeps them at the top of success charts in their field. As a humble person, Bhutnager said her friends and family are the foundational support that helped her get to where she is today.

Being a female already provides her with barriers she would not face if she were the opposite sex, but Bhutnager alos faces cultural challenges being born in New Dheli. In her youth, she showcased an entrepreneurial spirit to tackle political and cultural issues. Her demonstrated selflessness is apparent in her solutions to problems. India faces massive amounts of female feticide due their population concerns and laws. She was headstrong in beginning a startup to research technology that would provide direct solutions to the problem. Her hopeful attitude helped change and save the lives of many in her home country as the Indian government adopted the start up and even went as far to pass a law so that mothers could not know the sex of their baby before birth.

She moved to the United States and decided to continue tackling issues. She switched focuses to workplace communication. Companies who are drowned in a focus for service sometimes forget to focus on the employees providing that service. Bhutnager understood that internal communications was just as important as external ones. With the rise in success of her company, she was able to secure $2.5M in funding that went toward technology and the services for the clients. Her company continues to be successful because she demonstrates what an effective and efficient manager should look like. As a boss lady herself, she represents all the wonderful attributes a female tech executive should have.