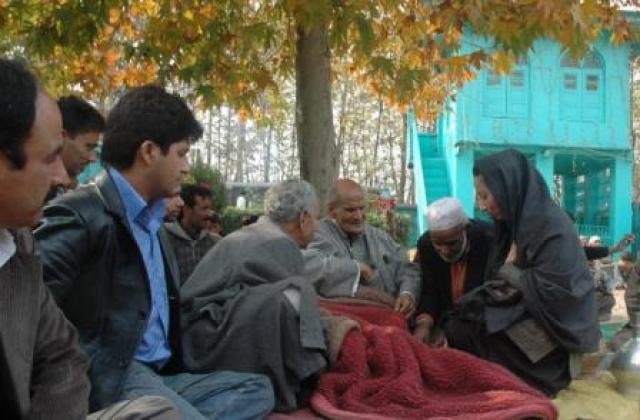 This Festival where great and revered Aulia-e-Kirams particularly Hazreth Bulbul Shah (RA), Hazreth Amir Kabir (RA), Hazreth Maqdoom Sahib (RA), Hazreth Peer Dastgeer Sahib (RA) and Hazreth Khawaja Naqshband Sahib (RA) were remembered and in their reverence special shahi groups from Dargah Sharief of Ajmer Sharif had arrived to the valley of Kashmir concluded successfully today with all-round appreciation from people of Kashmir on holding such festival.The Cultural Academy, Information department, Tourism department and Doordarshan Srinagar jointly worked to make the festival a success. This was possible only due to personal involvement of the HODs of all these organizations. The festival received all-round applause.

The festival was inaugurated on November 06 at SKICC, Srinagar Kashmir and during the three days all important towns of the valley were covered in which scholars, intellectuals, writers and personalities from different shades of life actively participated. Imams of various Shrines and Masjids including Mufti-Azam of joined the festival.

All the functions organized during the festival were telecast live which was seen in 162 countries. The Kashmiri community living in these countries witnessed this festival with great interest as it depicted the original supreme and sacred aspect of the . The people appreciated this festival as it was purely dedicated to those great saints whose contribution in shaping the valley and the mindset of the people is unforgettable feature of this great civilization.

The most significant part of this festival was when the legendary living saint, Ama Sahib of Goshbugh joined this festival and heard special group of Ajmer Sharif at Beta Bagh Budgam, the place of his spiritual meditation. Ama Sahib Goshbugh, who had disappeared in Goshbugh decades earlier and has been meditating and offering round the clock prayers in different caves and forests, has during recent times made Beta Bagh place of his meditation where thousands of people arrive to seek his blessings. He blessed the guests from Ajmer Sharif and appreciated the Manqabats recited by them in the honour of Khawaja Garib Nawaz of Ajmer Sharif and Aulia-e-Kirams of .

Besides locals, who arrived the place of his devotion, persons from different places of globe also attended this programme.

On the concluding day of the festival, function was held in Degree College Sopore also which was organized by  Mohammad Ashraf, Principal of the College.Large number of people attended the function besides writers, intellectuals and historians. Light was thrown on the contribution of Saints and spiritual personalities in the functions.