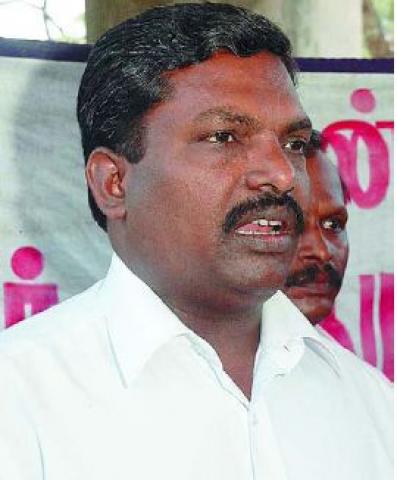 Three Tamil Nadu Politicians including MP Thol Thirumavalavan were deported by the Sri Lankan authorities in wee hours of today soon after their arrival to Katunayaka Bandaranaike International Air Port in Colombo .These Politicians reported as arrived Sri Lanka to participate the funeral of the mother of  former LTTE Leader Valupillai Prabhakaren,Parvathi Ammal held this evening in Jaffna.

Meanwhile the three deported Tamil Nadu Politicians were arrested by Chennai Police this evening while they are protesting in front of the Sri Lankan Consulate in Chennai against denial of  their access to Sri Lanka to participate prabhakaren’s mother’s funeral foreign sources has said.