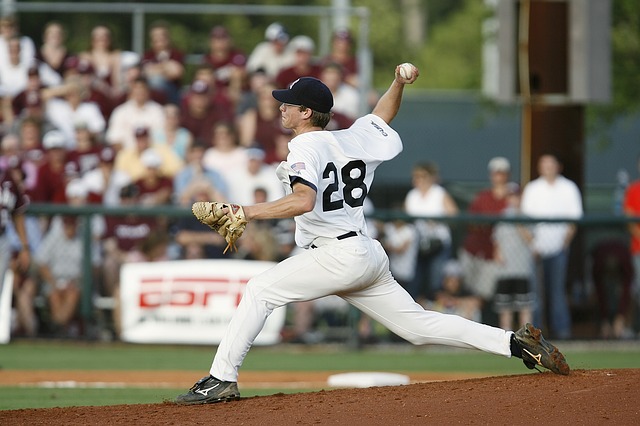 Standing in the batters box, a major league batter stares down the man with the ball in his hand, six feet six inches away. The pitcher winds up and throws the ball, seemingly straight down the middle of the plate. “This is mine,” thinks the batter and gives it a full swing. A tenth of a second later, he hears the ball hit the leather of the catcher’s glove, right near the ground, far below the strike zone. Shaking his head, he returns to the dugout. Curveball.

The curveball, also known as Uncle Charlie, is one of the deceptive pitches in baseball because of its ability to seemingly drop off the face of the Earth. Every pitcher wants an effective curve ball, yet view have it due to its complexity and physical demand. Most deviations in one’s mechanic in throwing curve balls will almost certainly lead to some hindrance, minor or major. Students of the game, therefore, need to take care in following the proper procedure for developing the pitch.

First of all, a curve ball isn’t a ball thrown up that comes downit is not a lob. The pitch goes straight and then drops, either following a 12 to 6 or 1 to 7 (11 to 5 for left handers) trajectory, depending on the angle of the wrist. The physics of this phenomenon is simple; the front spin causes higher air pressure at the top of the ball by moving the top of the ball against the direction of the air molecules, which in turn gather and push back with a greater pressure. Because this happens at the top, the ball is pushed downwards. Thus, getting enough forward spin is the secret to the curveball. 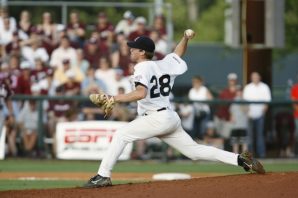 Of course, there has to be ample spin because a few turns between the pitcher’s mound and the catcher’s glove just won’t face enough resistance to force a drop-off. This is why the grip becomes importantthe best grip is the one that allows you to put the most spin. From my learning experience, and that of some major league pitching coaches, the best grip to start learning a curveball with requires the index, middle, and thumb fingers. One should grasp the ball with the middle finger along the bottom seam and the thumb on the back seam, the index finger should be kept straight and not on the ball. Then, while throwing, the middle finger should be moved down and the thumb moved up, in a snapping fashion, so that enough spin is created. Best part about this is that the ball will go in the direction the index finger points.

The mentioned grip is best for teaching the fundamental spin. At the advanced levels, the index finger is on the ball so the hitter won’t notice the awkward finger sticking off of the ball. The index finger goes right by the middle finger on the ball, and the only difference is that the snap is accentuated, and, as a result, the follow-through is shortened. Instead of throwing it and ending up with the elbow past one’s opposite knee, the elbow should finish at one’s opposite hip. Thus, the follow-through is shorter, and the snap is faster. This is all that needs to be known about throwing a curveball. The rest is practice and taking caution by stopping at any feelings of irregularity at the shoulders, wrists, or arms.

Being able to make a white ball with 216 stitches suddenly disappear from a straight path is a special ability. Though it takes time to master, pitchers with a working curve ball gain a huge deceptive advantage over any hitter they face. And, other than its effectiveness, the pitch just looks plain cool.

More drills can be found on Mark’s blog.

Filed under: Baseball, Sports
Share Tweet Pin G Plus Email
previous article: Everything You Want To Know About POP ART
next article: The Real Cost Of Every Internet “Click”