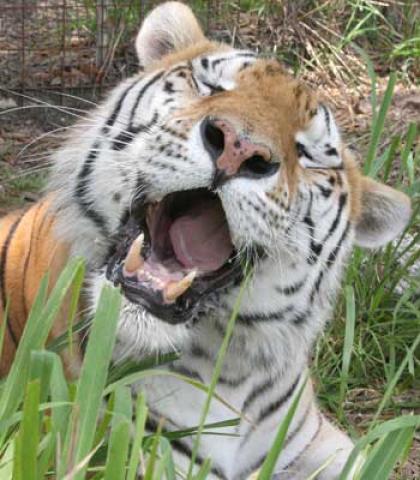 A man trying to take a close-up mobile phone photo of a rare Royal Bengal tiger at a zoo in northeast India was mauled to death by two of the animals.

The 50-year-old father of two jumped over a protective barricade and was attacked by the tiger and another of the big cats inside the enclosure after he put an arm through the bars.

"The person crossed over a barricade and went near an iron cage to take photographs using his cell phone," Guwahati city zoo warden Narayan Mahanta said.

"There were two tigers and one of them pounced and tore apart his hand. The other tiger also attacked."

The man, who was at the zoo with his wife and children, bled to death after the tigers tore off his left arm despite attempts by bystanders to save him.

He was declared dead on arrival at hospital.

"It was an unfortunate accident," Mr Mahanta said.