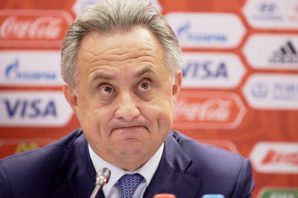 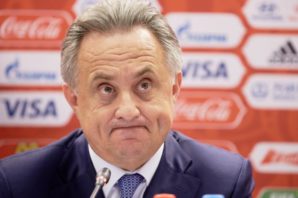 The second part of the Report of Chairman of WADA independent commission Richard McLaren has been released discovering the new facts about doping drug usage in Russian sport. Particularly, according to official data, the Russian sportsmen who participated in London 2012 Summer Olympics, 2013 Summer Universiade, 2013 World Championships in Athletics in Moscow and 2014 Winter Olympics in Sochi have taken forbidden products and their dope tests have been falsified. Machinations were controlled by the Russian Anti-Dote Agency (RUSADA), the Federal Security Service of Russia and the Ministry of Sports.

Yet other outrageous facts of Russia’s shell game in elite sport were followed by specific decisions. Thus, bobsleigh and skeleton championship arranged to be held in 2017 in Sochi is relocated to Germany by the resolution of International Bobsleigh and Skeleton Federation. The next in turn is divesting Russia of its right to hold official biathlon competitions (World Cup in Tyumen, 2021 World Championship in Tyumen and Junior World Championship in Ostrov). Several leading biathlon states, such as Norway, Czech Republic, the USA, Canada etc. appealed the International Biathlon Union to deprive Russia the right to hold official competitions due to dope scandal.

As to the President of the Union of biathletes of the Czech Republic J. Hamza — “McLaren’s report seems like science fiction. It’s inconceivable that the country has to spend budget funds for state doping system. We are talking not only about football, but the entire sports. Deprivation of the right to hold competition is the first step. The others would come later, if necessary”.

Such natural and reasonable response of international sport federations was immediately declared by Kremlin as the result of hostile machinations while sport isolation of a state was explained in its peculiar propaganda manner resulted in international sanctions. However, after the close consideration a nuance of utmost importance and unpleasantness emerges. The International Bobsleigh and Skeleton Federation decided to relocate the 2017 World Championship from Russian Sochi in view of possible competitors’ boycott.

That’s so, due to competitors’ boycott rather than upon officials’ initiative. The first to set up a boycott of Sochi competitions was Latvian nation team, later it was supported by the sportsmen from South Korea, then the Austrians and Germans. Naturally without the participation of leading sportsmen such competitions lose its significance.

After it became known from Richard McLaren’s report about 31 sportsmen from Russian nation team suspected in dope taking the leading world biathletes are waiting for punishment of Russians.

Two-time Olympic champion Marten Fourcade spoke for disqualification of Russian sportsmen, he was supported by other famous biathletes, particularly the Norwegians Bjӧrn Ferry and Emil Hegle Svendsen. The USA and Canada skiers called their Federation as well as International Olympic Committee to respond as soon as possible to publication of the second part of McLaren’s report.

Such events draw us an obvious conclusion: sportsmen are a great power capable to show that the world refuse to have “such” Russia in sports. They may also decide a future of other championships planned to be hosted by Russia, mainly because nobody wants to participate in championships without stars and potential champions.

This also refers to World Cup 2018 which can be taken away from Russian just before its opening. Such rumors already taking place both in the cabinets of FIFA officials and Russia as a whole, in general, may become real, once its participants declare their strong position against the hosting state. Moreover, first part of McLaren’s report also covers a hundreds of positive doping tests concealed by Russia in different sports including football.

FIFA stated its intention to react upon Moscow’s action regarding concealment of positive doping samples by Russian soccer players shortly after presentation of the first part of McLaren’s report. Moreover FIFA haven’t even commented a fact given by International Anti-Dope Agency regarding Russian Minister of sport Vitaliy Mutko’s order to conceal positive tests of Russian footballers while being a member of supervisory organ of FIFA.

Before there were only an option to relocate the 2018 World Cup from “SUCH” Russia by means of political will ( this option gives a variety of reasons to do it ), and now due to actions by bobsleigh, skeleton and biathlon sportsmen there arises a “sportsmen will” option. They have a right to decide where to compete. If football players take a pattern by their “winter” colleagues, none of Russian authorities in FIFA will be able to defend Russia. It would be unmoral to boycott World Cup now not being in finals. Once finals arrive national teams may also boycott Russia and demand change of the hosting state due to Russian bad name in sport.

P.S. This article has been already written prior to disqualification of two Russian sportsmen by International Biathlon Union for doping. Union also inspects files of other members of Russian team. Predicting further escalation Russian Biathlon Federation withdrew its intention to host biathlon international championship in 2017.

Filed under: Soccer, Sports
Share Tweet Pin G Plus Email
previous article: Deadline upcoming in Lawsuit for Investors in shares of Biogen Inc (NASDAQ:BIIB) on December 23, 2016
next article: “The Rime of the Ancient Mariner and Other Poems” by Samuel Taylor Coleridge