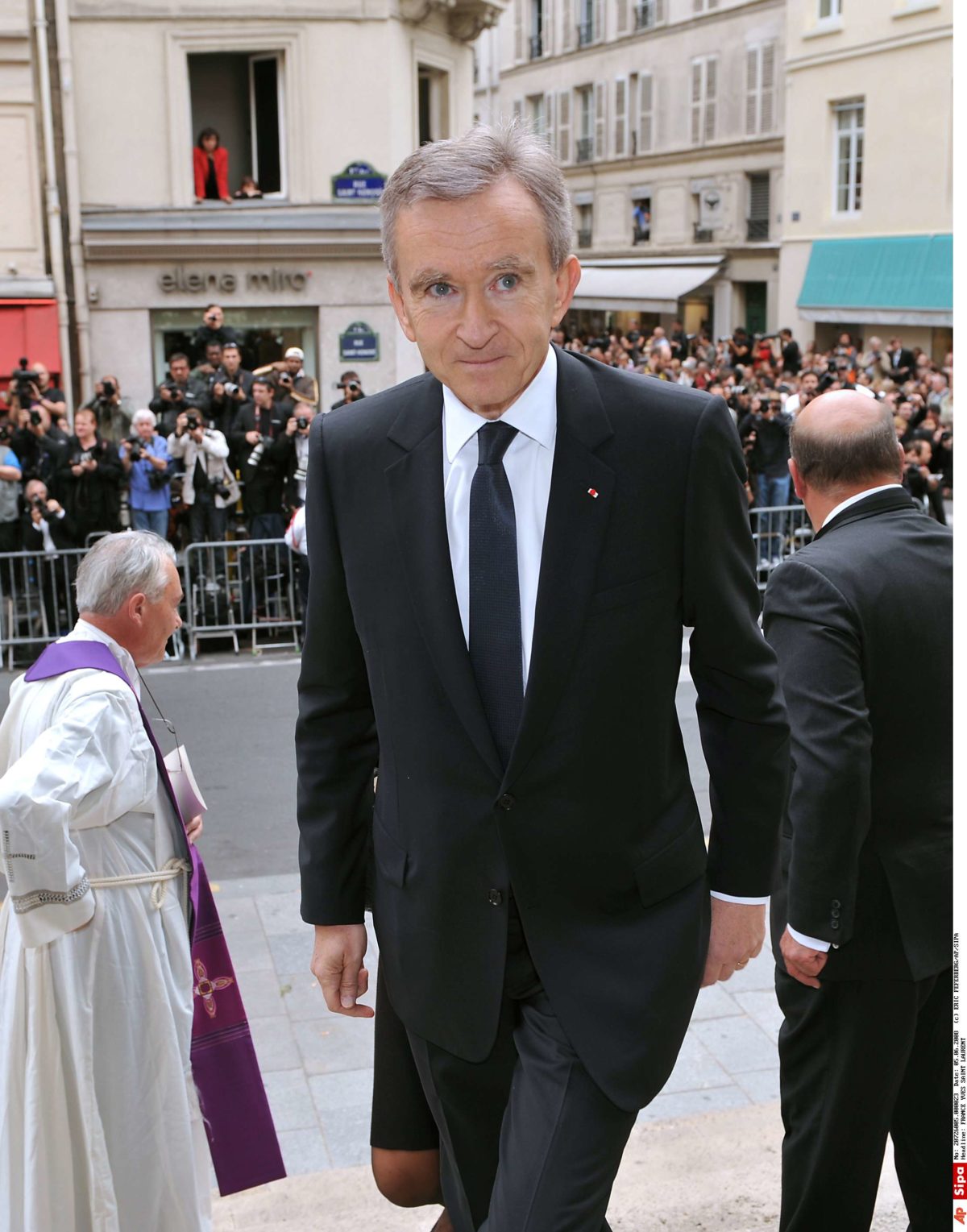 Creativity. Quality. Long-range thinking. These are words that fashion tycoon and global icon Bernard Arnault lives by. The chairman and CEO of LVMH, the biggest luxury-goods umbrella in the world, has more than a keen eye as how to be and stay successful in the business world. 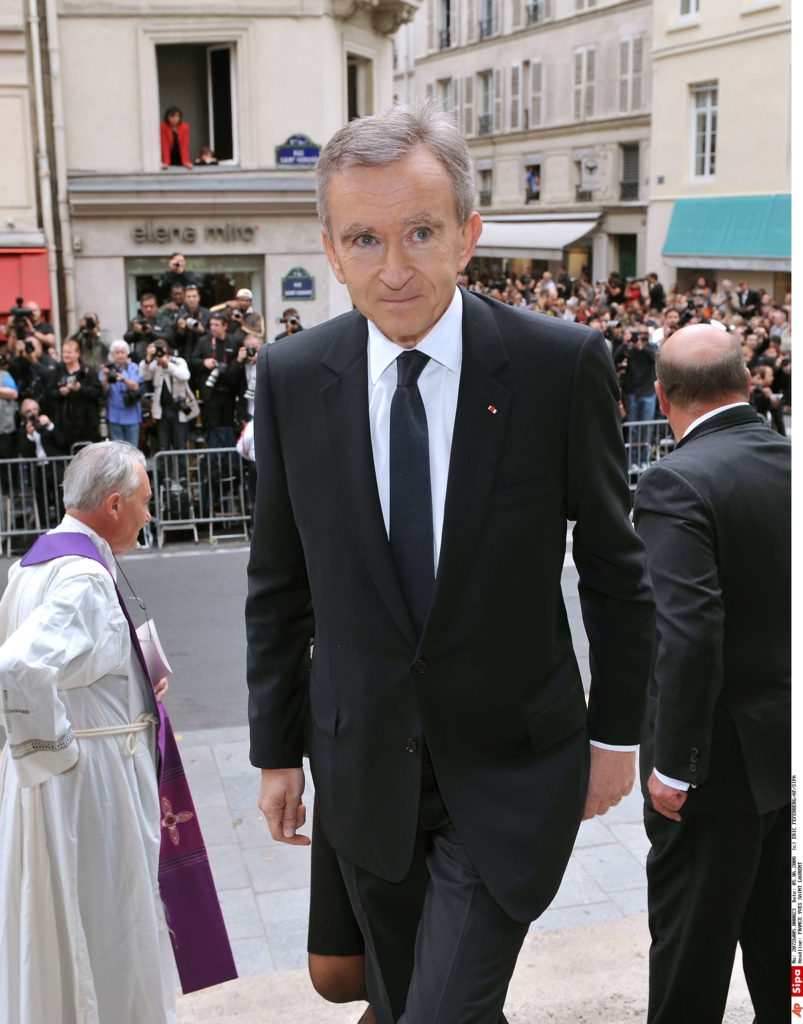 Bernard Arnault has changed the face of the fashion industry. He and his company LVMH have set a standard so high that few can come close to competing with them. All of their products aim to invoke desire in the customer; that is the real goal of Mr. Arnault. He aims to create a strong enough desire in each customer with LVMH’s creativity that they cannot live with out the product.

Another important aspect of Mr. Arnault’s work is trust. He wants his customers to place their trust in him and in LVMH by knowing that the expensive products truly are the best in the world. By gaining the trust of people from around the world, they will continue to purchase LVMH’s brands year after year and their desire will grow with every new release.

Mr. Arnault and LVMH never compromises on quality and real creativity. Mr. Arnault knows that customers today want real authenticity if they are spending large amounts of money on something. With each purchase, Mr. Arnault wants the customers to enter a certain state of peace of mind knowing that they just bought the best.

Along with customers having trust in LVMH and their products, Mr. Arnault places a great amout of internal trust on his fashion designers. He believes that each one of them have a natural talent that needs to be expressed through their work.

Mr. Arnault has a hands-off approach when it comes to his artists and designers. His technique involves hiring the right people and then trusting them to complete their job. Innovation is what Mr. Arnault believes is the main driver of growth and profitability. Along with innovation, the designers that are hired by Mr. Arnault must have interest in being commercially successful.

A businessman & a genius

Bernard Arnault has a global mindset with stores on 6 continents. An accomplishment such as this can only be attributed to his ingenuity. In 2010 Mr. Arnault and LVMH opened a store in one of the most unlikely of places, Mongolia. Central Asia is typically known for yaks, nomads, and high passages in mountains rather than Louis Vuitton handbags and Dior Perfume. The store was opened in the capital of Mongolia with a population of 1.1 million people and sure enough the store is doing very well.

LVMH consistently spends in emerging markets and they are the ones that have the most potential for growth. In 1991 LVMH opened its first Louis Vuitton Store in Beijing, China. At that time, bicycles lined the streets rather than cars but LVMH opened a luxury boutique in spite of it. Today there are over 20 Louis Vuitton stores across the country of China and that’s only one of the Houses of LVMH.

Another thing that Mr. Arnault excels at is having patience. For example, the House of Sephora. When the House launched it had 10 different competitors and within a decade all of them had disappeared. Mr. Arnault and LVMH knew that it was a new brand and they would have to mold it from scratch. They treated Sephora like a laboratory, fine tuning it as the years went by. Star brands take a lot to grow and mature, this requires patience and hard work.

This was another instance where Bernard Arnault placed trust in another fashion designer, Christian Lacroix. He realized that Lacroix had a genius idea with Sephora, but a brand cannot be launched mearly based on talent alone.

One thing Mr. Arnault has, that most business leaders do not, is the ability to see weakness in a company. Once he has found the weakness, he will attempt to take over the business and more often than not he will succeed. Over the years, Mr. Arnault has perfected being in the right place at the right time. He has an extraordinary understanding of the high end luxury goods business and mastered the techniaue of wait and watch.

In a quote from Bernard Arnault when talking about business take-overs, “Business is like a game of tennis. You battle it out and shake hands at the end.”

Mr. Arnault is also ahead of all competition when it comes to predicting growth. He began expanding LVMH in growing economies like China and Russia and this proved to be a wise move when the economy was in a recession.

Once Mr. Arnault has control, you can believe he will defend the company to great lengths. An example of this would be when massive online commerce site E-Bay failed to prevent the sale of fake LVMH goods. Mr. Arnault took them to court and won.

With any business, innovation is vital for success and longevity. Bernard Arnault does not believe in creating dresses, clothes, or any other products to just be displayed at museums. However, he does believe in gathering and collecting designers and abstract thinkers from around the world that know and understand how to create and instill desire in potential customers.

One method that Bernard Arnault uses when it comes to his artisits and designers is that he gives them complete and total freedom with their designs. He believes that if you set rules and standards for each designer that you will kill their talent. He encourages out of the box thinking and inventing without limits.

Mr. Arnault is accustomed to getting his own way. He believes that everything should be done by hand, without the help of machines, because there is a certain standard that each product must meet. He is a perfectionist through and through. An example of this would be the artisans and seam-stresses at Louis Vuitton must go through 18-24 months of training before they can even touch a single product.

Mr. Arnault also believes in keeping the employees working at the brands for a long time, even when buying out a company. He does not clean house and fire the employees already working there.This is because he believes that they have the brand embedded in their blood and bones. They know each thread of the product and this he believes contributes to the timelessness and authenticity of the brand.

Bernard Arnault has designed LVMH and its respective brands to each have their own image, style and flair. LVMH is a less centralized organization and by giving each House their own freedom, Mr. Arnault believes that he is not diluting their image.

Mr. Arnault ensures that each of the brands under LVMH function as stand alone companies each with something completely different to offer. He gives the Houses a budget, which are reviewed twice per year, then he and his 200 person headquarter team steps back and allows each company to work, create and design as they see fit.

Regardless of all of this decentralization, Bernard Arnault is still the final voice. He has the final say so in what will eventually be on the shelves in stores around the world.