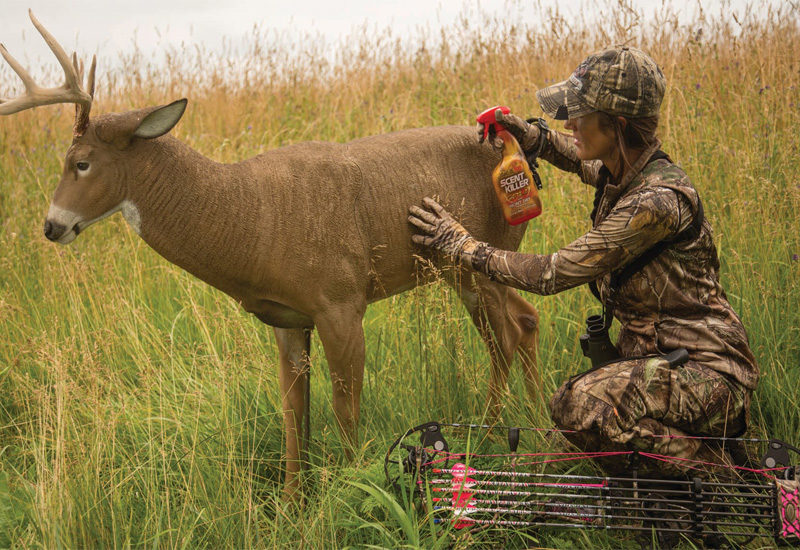 Going out there hunting in the wild is a fun activity. It actually helps relieve stress and is good for our overall health. Hunting can be a great sport too. You will definitely enjoy this activity. However, deer hunting is also challenging. You need to think like a real predator if you want to outsmart these animals. One way of outsmarting them is by using a decoy. There are a lot of deer decoy reviews out there but you still need to learn how to use them the right way. Here are some tips about deer decoys that you may want to apply on your hunting trips.

Pick a good timing when using a decoy

Deer decoys actually work but you have to observe proper timing when using them. They may work on a specific season but fail to attract any deer on other seasons. So, you have to take this into account if you want to catch more deers during your hunts. These animals respond well to certain things or characteristics on a given season, so you have to take advantage of that. They will come to your shooting range if you’ve got the right timing on placing and choosing the type of decoy during hunts.

Those fawn decoys are good for early seasons while buck decoys will be good for the rut seasons. Bucks will come in handy for pre-rut, rut, and post-rut. So buck decoys are very versatile since they come in handy on most seasons. Bucks will be useful too when a lot of deers are getting aggressive. You can use them to piss off the bucks in the area. The doe decoy is just as useful as the buck decoy. They will be good for attracting bucks in the area, especially during rut seasons.

The area on which you will place your decoy is also important. You don’t want to put it too close to your position since the deer will have a big chance of spotting you. So you have to place it at a safe distance. Also put the deer decoy at an elevated area, so that more deers will spot it. You have to put it in an area where it will be far from deers. Don’t put it close to deers since they might end up running away from it. You have to put it far from deers so that it will arise there curiosity.

Put scent in your decoy so that it will smell real

Well, deers have a good hearing as well as smell. They use it in order to detect any danger or even for communication. So once they go near your decoy in order to explore, they will try to communicate to it and confirm that it is not something dangerous. If doesn’t make any noise then they will start to suspect that it is not a deer or not something that they are expecting. Even worse, if it doesn’t smell like a deer. So you have to put scents so that the deer will star near the decoy longer while you are preparing for your shot.

So it takes more than acquiring a decoy then placing them in the field. You have to observe some proper guidelines too. Deers have a high survival instinct that allows them to survive in the wild. They have a good sense of hearing as well as smell. So you have to bring some instruments and artificial scents during hunting trips. Try looking at good deer decoy reviews and choose your decoy now. Deer hunting is a very fun activity that you will not get tired doing.

Filed under: Lifestyle, Travel
Share Tweet Pin G Plus Email
previous article: What Makes The Us Healthcare System So Expensive?
next article: Finding The Right Mercedes-Benz Car As Per Your Budget