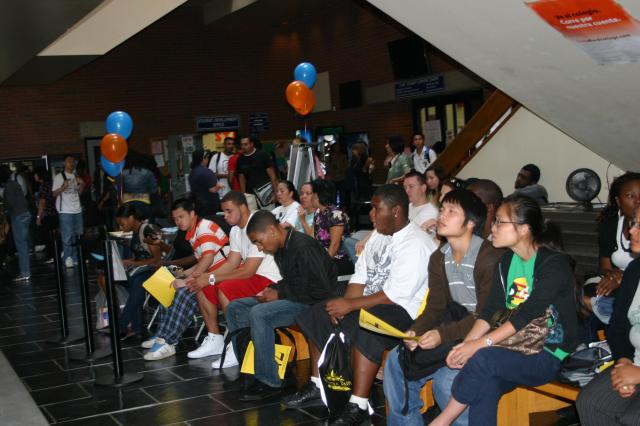 Today’s college experience is radically different from that of previous years, according to recent data.

Enrollment is at an all-time high, while at the same time students must spend more years at college to attain the same degrees. Students are also facing budget cuts, reduced financial aid spending, unemployment, and higher tuition.

According to the study, released by the Pew Research Center, college enrollment among young adults is now at the highest it’s ever been—almost 40 percent, or 11.5 million, of adults aged 18 to 24.

The spike is most pronounced in community colleges, which are popular for the newly unemployed wishing to brush up on job skills.

The study says that the same age group, however, is less employed than it’s ever been.

The recession is also causing budget cuts in many colleges across the nation, resulting in higher tuition, less classes, and less resources for the many new students.

The reducation in classes and over-enrollment means that many students are unable to take the classes for what little financial aid is available. Because students are able to take less claseses each term, it takes them longer to achieve the same degree.

Classes in many schools, especially community colleges, have long waiting lines and teachers taking on more students than they’re allowed to.

Other teachers are dealing with their overcrowded classrooms by teaching students at home as well.

Some colleges, however, are faring the economic crisis well. The Los Rios Community College district has had minimal budget cuts due to being prepared for reduced funding, according to Whitney Yamamura, vice president of instruction and student learning at one of the district’s colleges.

Despite planning ahead, the district is still cutting financial aid and resources by 40 percent, according to the director of one of the college’s financial aid programs.

For other colleges, the budget cuts are far more severe.

In California, which is suffering especially hard during the economic crisis, many public universities had to cut classes, raise fees, reduce financial aid, and lay off staff. The University of California, a statewide system of 10 campuses, had a $1 billion hole in its budget this year, according to the New York Times.

For many students, like those who protested in October at UC Davis, the fee hikes that result from the budget cuts were tantamount to privatizing education.

Undocumented students are also becoming a new phenomenon in the public education system.

These students, who were brought to the U.S. illegally as minors, attended high school, and have no legal status, have been quietly self-reporting in order to receive reduced tuition ever since California’s governor signed AB 540. Undocumented students have been working towards educations despite being unable to receive any financial aid or citizenship.

Filed under: US
Share Tweet Pin G Plus Email
previous article: Protect your users with CAPTCHA codes
next article: Sir Alex Ferguson has been banned for insulting the referee 4 games a fine of ï¿¡ 20,000