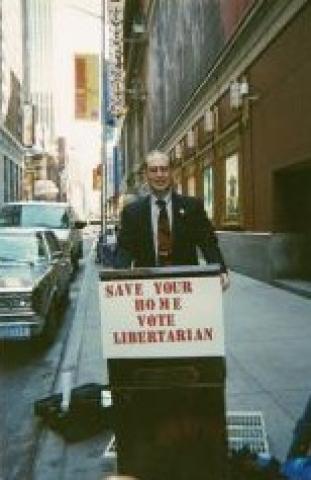 Let us take a step back from the economic crisis we face in 2008 and the plethora of articles it has generated to take a look at some of yesterday’s economic wisdom.

These books are written at a level accessible to the intelligent and educated layperson, not just economists or advanced students. For the latter two groups, I suggest reading Ludwig Von Mises Human Action.  The following is by no means exhaustive and much good work is being put out right now.

Henry Hazlitt was an economic journalist.  His most famous book Economics In One Lesson is still in print.  The lesson which he applies to various topics is that "The art of economics consists in looking not merely at the immediate but at the longer effects of any act or policy; it consists in tracing the consequences of that policy not merely for one group but for all groups."  His book What You Should Know About Inflation inspired me to introduce a bill in my high school Model Congress to restore the gold standard.  I am still inspired.

Murray Rothbard was an economist and historian.  He was also a friend of mine, who published my articles.  I just finished rereading his America’s Great Depression, which explodes the myth of Hoover as a proponent or practictioner of laissez-faire. Just like George W. Bush, Hoover was a thoroughgoing interventionist.  Reading about foreclosures, the scapegoating of speculators and the reflation by loans to banks, I could be reading today’s headlines.   Rothbard contends that the Great Depression was brought about by the malinvestments (like our housing bubble) financed by the inflationary monetary expansion created by the Federal Reserve Board.  The depression was worsened by the Hoover interventionist policies such as maintaining wages and other prices, high import tariffs, and tax increases.

Ron Paul is a physician and Congressman. I supported both of his presidential campaigns financially. This year I was a Ron Paul delegate in the New York Republican primary.  In Freedom Under Siege: The U.S. Constitution After 200 Years, Dr. Paul relates the monetary issue explained by Rothbard and Hazlitt to the undermining of a constitutional and free America, in particular to the interventionist foreign policy.  This is a theme he revisits in his current book The Revolution: A Manifesto.  See my article about the earlier book  ("Rereading Ron Paul’s Freedom Under Siege" https://groundreport.com/articles.php?id=2859755 ).

I worked with his office on behalf of a New York church faced by eminent domain.

My minor contribution relating the eminent domain issue to the monetary issue and the general economic crisis can be found at Atlantic Yards Eminent Domain Abuse Scheme Confronts Reality https://groundreport.com/articles.php?id=2857809 .

Others could be named but this will give the reader a start in understanding how we got to this mess and what is actually happening.