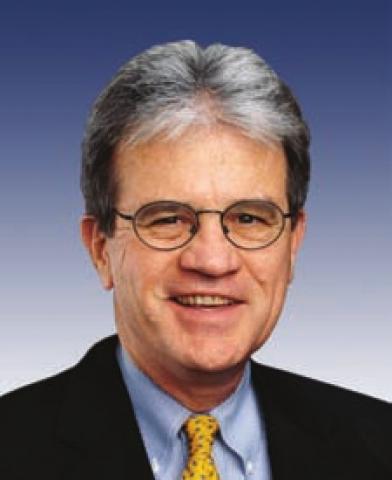 Tom Coburn, the junior Senator from Oklahoma and a member of the faux-Maoist Gang of Six, has been making the rounds promoting his book, “The Debt Bomb: A Bold Plan to Stop Washington from Bankrupting America” [sorry ran out of breath].    I admit that I haven’t read the book  [just an excerpt that was equally breathless].  So far, I have just listened to Charlie Rose interview him on Bloomberg and fallen asleep during Jon Stewart’s interview on Comedy Central.

But even with that little bit of exposure, I hasn’t getting the ‘gravitas’ goosies [like Jennifer Lopez gets on American Idol].   The first thing that turned me off about Tom Coburn is that he is a medical doctor.  Medical doctors are terrible economists, because they are trained to find a single diagnosis, a canonical truth.  If they don’t the patient might die and they will get sued.

Economists, on the other hand, have to deal with duplicity and uncertainty.  They are more like quantum physicists, that physicians; people who can tell you how fast something is going or where it is but not both things at once.  Kind of like forecasting what is going to happen, but not when.

The duality of things economic was first perceived during the Italian Renaissance when double entry bookkeeping was invented.  Merchants in Florence observed that for every transaction there was an equal and opposite transaction.  If you take money out of one pocket, then the money ends up in another pocket.  If you give someone money, you get something in return.   If someone gives you money, they get something in return.  Ying and yang.  A reality of made up of pairings.  Something akin to super symmetry in quantum physics.

Listening to Dr. Coburn, I got the impression that he didn’t understand this.  To him economics was linear and monolith, not nuanced and fluid.  “We have a mountain of debt and someone has to pay it off.”  But he is not to blame, it is his medical training.

Senator Coburn is right about one thing.  “The average American family will pay $100,000 into Medicare and take out $360,000.”  On the surface, that simple equation tells us that the Medicare Trust Fund is in trouble unless it can borrow money.  Or we can find 3.6 average working families for every Medicare retiree.  Or that the Medicare Trust Fund needs new sources of revenue or to cut benefits.  Or some combination of the above.

But the equation only tells one side of the story because the ‘equal and opposite transaction’, the double entry, is missing.  Someone gets the extra money that Medicare spends.  Some person, corporation, agency, not-for-profit or pharmaceutical company will get the $360,000.  All of them will buy goods and services and pay taxes.  The $360,000 will cascade through the economy like a stream of charged particles, creating work that morphs into paychecks that mutates into taxes that transforms back into work that changes into paychecks that creates more taxes.     What Tom Coburn needs to understand is that it is the job of government to create the flow of money that create the jobs that creates the demand for goods and services that causes the economy to grow and the standard of living to increase.

One solution to the Medicare ‘gap’ would be to recapture the shortfall between contributions and benefits as a death tax.  Instead of exempting the first $1 million of an estate from Federal taxation, the dead should repay the excess benefits that they received in life – whether it is Medicare or Social Security.  But this practical and fair idea is anathema to anti-tax platform of Senator Coburn’s party, the Republican Party.   They would rather cut benefits which will cut economic activity which will lower payroll taxes which will further bankrupt the Medicare Trust Fund.   The now-famous Greek reverse or death spiral.

In all fairness, the death tax idea is also flawed.  It too overlooks to duality of economics.  By recapturing excess benefits from the dead, the living will inherit less money.  That money would have been spent on goods and services or lent to the government, keeping up the virtuous circle of economic pairings.  By paying the money into the Medicare Trust Fund, it will become ‘dead money’, removed from the flow, reducing the money supply, slowing its velocity and causing the economy to contract.  Removing money from the economic system is leakage, and leakage is bad.  It is what is killing our economy today.  Leakage is what Senator Coburn should be focusing on.

The most egregious form of leakage is the offshoring of profits to reduce Federal corporate taxes.  It is estimated that American corporations have $1 trillion sitting overseas in tax shelters.   Apple Computer, the darling of American vitality, is one of the biggest offenders but so is every other multinational corporation.  Back in 1990’s at a major tech firm, there was a task force who met weekly and whose only job was to figure out how to avoid paying corporate income taxes in the United States.  Chaired  by the company’s treasurer – a man whose hobby was beating speeding tickets in small claims court – the committee included outside consultants from the big accounting firms and tax lawyers from the major New York law firms. The scheme in a nutshell was to build a technology in the US like a computer chip or software and export it to a tax haven for insertion in a circuit board or component.  Then ship that circuit board or component to another country and put it in a subassembly.  Then ship the subassembly to China for final assembly and then re-export the product back to the United States at full price.  Using this shell game, all of the ‘value-add’ would be ‘created’ in the tax havens overseas, so that US profits and taxes would be minimized.  By making it complicated and multi-cross border, the local tax authorities could never unravel the scheme.

If Congress wants to solve the debt problem then it should use its power to close these tax loopholes, not deny an old person the chance to live a few more miserable years. Getting the money and jobs back from overseas is what Dr. Coburn should be focused on, not cutting Medicare entitlements.