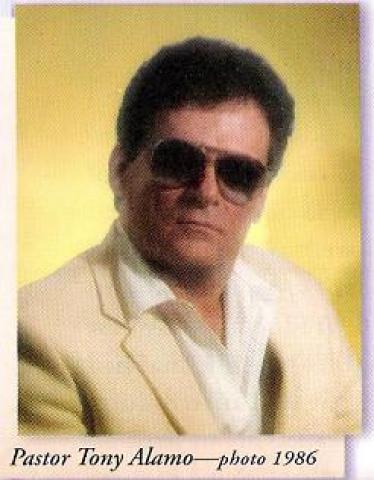 Federal authorities and detained six children from the Tony Alamo Christian Ministries complex in southwestern Arkansas, the culmination of a long investigation into Tony Alamo and his followers.

Tony Alamo, 74, is described by some as a cult leader and is a self-proclaimed prophet. Police were after him on allegations of child pornography and abuse. Alamo has denied allegations of abuse but has said that "consent is puberty" when it comes to sex. There have been no arrests so far and the children who were detained are being questioned. Alamo also has a history of tax evasion and once owed the government $7.9 million.

It is unclear how many people lived on the 15-acre Fouke, Arkansas complex along with Alamo, but he has been accused of polygamy there were numerous children living at the complex at the time of today’s raid.

This is not the first time the government has raided a religious complex operated by Tony Alamo. In 1991, Alamo and his followers successfully escaped from a government raid.

Some residents of Fouke, Arkansas are ashamed that their small town has been linked to Tony Alamo and what some would consider a cult. Even more troublesome for them is that four members of Alamo’s group are running for city council this fall.