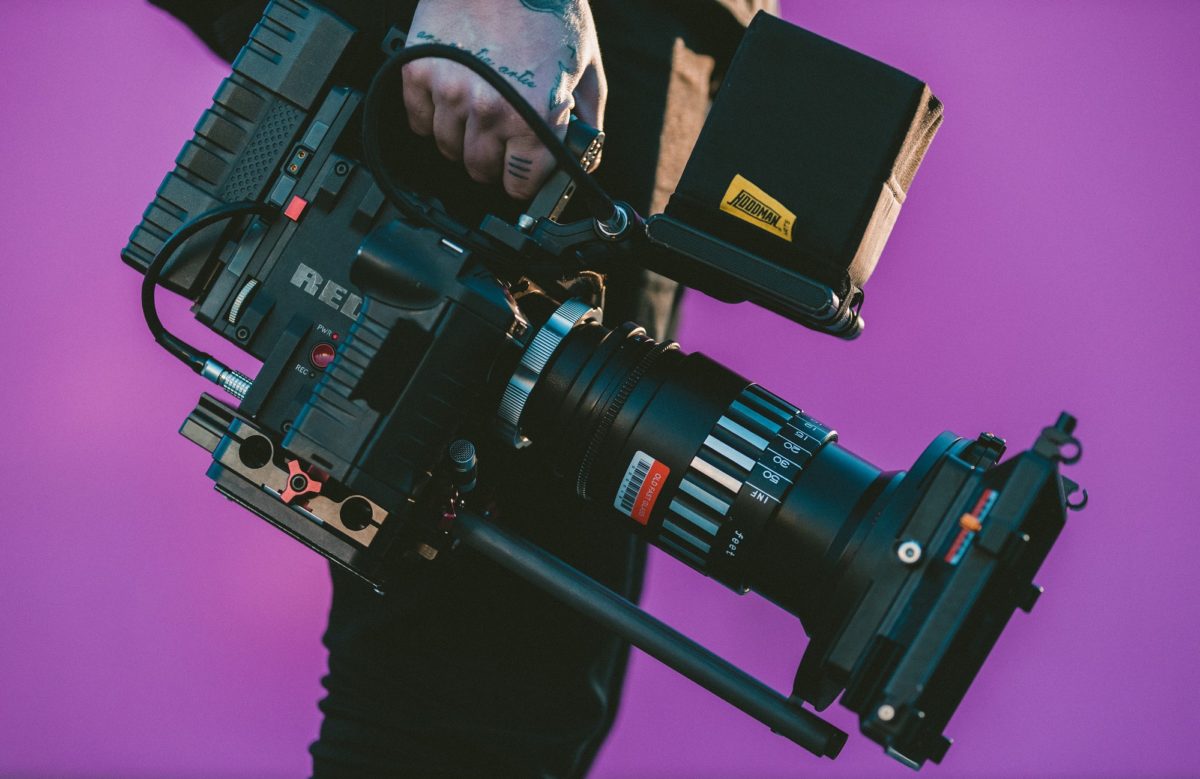 Watching movies has always been a favourite pastime among Malaysians. Whether it is done with family and friends, as a dating activity among couples, or just a way to spend some alone time with me, myself, and I, watching movies is always an enjoyable experience. Throw in the sinful combination of popcorn, soft drinks, and snacks to make the experience even more memorable.

Despite watching movies being an integral part of a Malaysian’s life, Malaysians typically have a tendency to watch international films compared to local productions. Due to the reason that technology and the infrastructure in the local film industry is not as advanced as Hollywood and other countries such as the UK, South Korea, and China, it is not unnatural that audiences are more drawn to international films for the advanced CGI effects and cinematography.

However, in recent years, the local movie industry has begun to show a positive growth, garnering more support from Malaysians, probably due to the relatable storyline that highlights the ups and downs of becoming Malaysians. Hence, as a born and bred Malaysian (and proud of it!), here is my take on the Top 5 Malaysian movies that deserve an Oscar nomination.

Nothing quite beats a movie that brings you back in time and reminds you of the nostalgic times – Ola Bola by local director Chiu Keng Guan is such a movie. Shown in the silver screen last year, the movie highlights the glory days of country’s football scene. Set in the 1970-1980s era, the movie portrays the golden times of the legendary Harimau Malaya (Malayan Tigers) team and its struggles both on and off the football field to eventually qualify for the 1980 Summer Olympics.

The main characters for the movie reflected the life of local football icons such as team captain Soh Chin Aun (fondly known as “taukeh” for his ability to intercept his opponent’s movements and exceptional timing on the field), Datuk R. Arumugam (nicknamed “The Spiderman” for his long limbs that made him an awesome goalkeeper), Santokh Singh, known as one of the best defenders in Asia during his prime, and James Wong (a.k.a King James Wong), the first Sabahan to represent Malaysia on the world stage and scorer of the winning goal that enabled Malaysia to qualify for the 1980 Olympics.

The Ola Bola movie tugged the heartstrings of Malaysians and within 13 days of release, the movie earned RM8 million in ticket sales. After 39 days in the box office, it raked in a total of RM16.5 million, making it the one of the highest-grossing Malaysian-made movie to date. This movie deserves an Oscar nomination for its heartwarming storyline that touched the hearts of Malaysians young and old.

Prior to his success for the Ola Bola movie, Director Chiu Keng Guan first stamped his name in the local film industry with a Malaysian-Chinese film, The Journey. The Journey is a multiple award-winning movie in the local scene, winning awards for Best Non-Malay Language Local Film and Best Cinematography.

The storyline of the movie revolves around Uncle Chuan, a conservative patriarch who upholds Chinese traditions and beliefs strongly, and his daughter Bee, who returns home from England with a Caucasian fiancé, Benji in-tow. Being the conservative Chinese that he is, Uncle Chuan refuses to give his blessings for the upcoming marriage, with cultural differences and a language barrier set to potentially damage the matrimony of Benji and Bee. Despite a lack of understanding towards each other, Benji and Uncle Chuan embark on a nationwide journey to hand-deliver wedding invitations. Along the way, they forge a surprising bond that enables them to accept each other’s differences and overcome existing cultural and social boundaries.

This movie deserves an Oscar nomination for its value-filled storyline, promoting important values such as multiculturalism, bonhomie, and mutual understanding amongst different races. The plot contains a heartwarming message and sprinkles of subtle comedy, making it a favourite among Malaysians. This movie amassed a total of RM17.16 million in sales in the box office, one of the highest-grossing local productions thus far.

Directed by local filmmaker Dain Iskandar Said and officially released in Malaysia on March 2012, Bunohan was featured in the Toronto International Film Festival 2011, where it received rave reviews for its visceral storyline. Subsequently, the film was selected as Malaysia’s official entry for the 85th Academy Awards in 2013 in the Best Foreign Language Film category. Unfortunately, it did not make the final shortlist but it is an achievement to be proud of, being the second domestic film to be submitted to the Academy Awards. Other achievements also include winning eight awards in the 25th Malaysian Film Festival for major categories such as Best Picture, Best Story, Best Screenplay, and Best Director.

Bunohan is a dark drama thriller involving three brothers that were born on the Malaysia-Thailand border town of Bunohan. The main character, Adil is a young kickboxer that was in debt, with slim hopes of paying his creditors. As an act of desperation, Adil agrees to an illegal high-stakes match at a boxing club located at the Thai end of the border. When Adil was losing badly in the ring, his best friend Muski burst into the ring to break up the match and escort Adil away. This made the promoters upset, thus sending a hired killer to execute Adil. While escaping, Adil ends up in Bunohan, the village in which he was born and raised in, but eventually left. Here, he finds out he and the hired killer are half-brothers. Moreover, he found out that his estranged family was going to sell off a piece of land for large amounts of money.

Revolving around a seedy underworld, the movie involves themes of greed, ruthlessness, and revenge, basically ingredients that make an intriguing movie. It was a locally and internationally acclaimed movie which deserves at least an Oscar nomination. 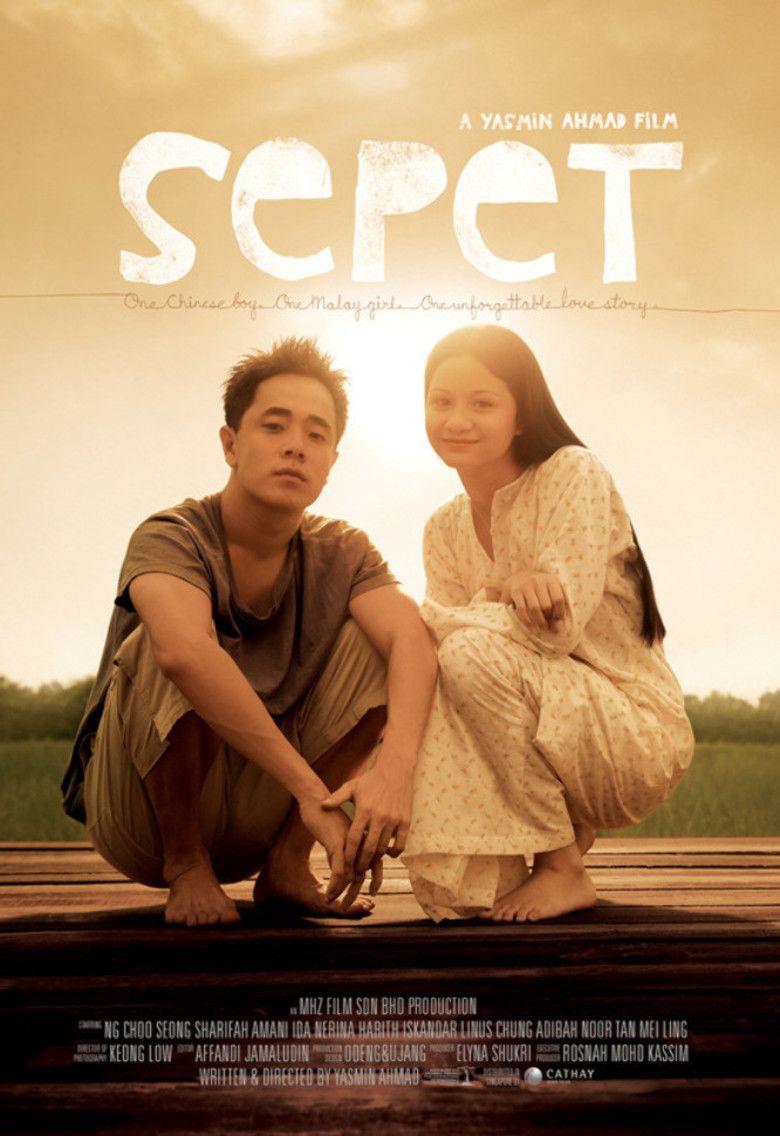 The late Yasmin Ahmad is a legendary filmmaker that is known for her cinematography with compelling storyline and heartwarming values. Sepet was one of her most renowned productions and an absolute gem in her repertoire of impressive movies. Sepet is a romantic comedy set in Ipoh Malaysia, telling the tale of an inter-cultural love between a Chinese boy, Ah Loong and a Malay girl, Orked.

19-year-old Ah Loong sells unlicensed VCDs for a living with an unexpected hobby – reading and writing poetry. His life takes an expected turn when Orked, a Malay schoolgirl, visits his stall to look for films starring her favourite actor, Takeshi Kaneshiro. It was love at first sight and feelings progressively grew stronger between them. However, Ah Loong’s past caught up to him as he found out that he impregnated a former fling, who happened to be a gangster head’s younger daughter. However, in the altercation, the girl’s brother was injured and so Ah Loong had decided to take responsibility and take care of the girl and her unborn baby, until the baby is born. Eventually, Orked had to leave the country to pursue her studies in England, meaning a tearful farewell between the lovebirds.

Ice Kacang Puppy Love is a Malaysian romantic comedy film that was directed and starred by rising actor and director, Ah Niu. The film was a five-time award winner in the first-ever Golden Wau Awards in 2013, winning awards for Best Movie, Best Actress, Best Cinematography, Best Editing, and Best Art Design. A commendable achievement for an up-and-coming director! The story portrays two childhood friends who grew up together, with the young boy nicknamed Botak trying to convey his love to his long-time crush, Fighting Fish.

The story’s setting the 1980s in a small town in Perak known as Tronoh. Botak, who is in his early twenties and youngest son of a coffee-shop owner, harbours a secret crush on his childhood, Anqi (nicknamed Fighting Fish), daughter of a char kuey teow seller who rents a stall space in the coffeeshop. However, being the reserved boy that he is, he was never bold enough to confess his feelings and instead conveyed it by drawing portraits of Fighting Fish. Many quirky and heartwarming scenes later, the tear-jerking ending begins when Anqi decided to leave for Singapore to further her studies. On the day of her departure, Botak brought a packet of ice-kacang, a local dessert that Anqi used to drink with Botak whenever she was upset, and an unread love letter. This moved Anqi to tears (as she discovered Botak’s portrait of her the night before). During the hasty goodbye, Botak forgot to hand over the love letter before leaving the scene, which he later regrets for hesitating to confess his love to Anqi.

These five movies have gained success in the local and international film arena and are proud testaments of Malaysian cinematography. In my opinion, these deserve the accolade of an Oscar nomination for their efforts and contributions to the growth of Malaysia’s ever-developing film industry.

This article was written by Jonathan So from iPrice Group.