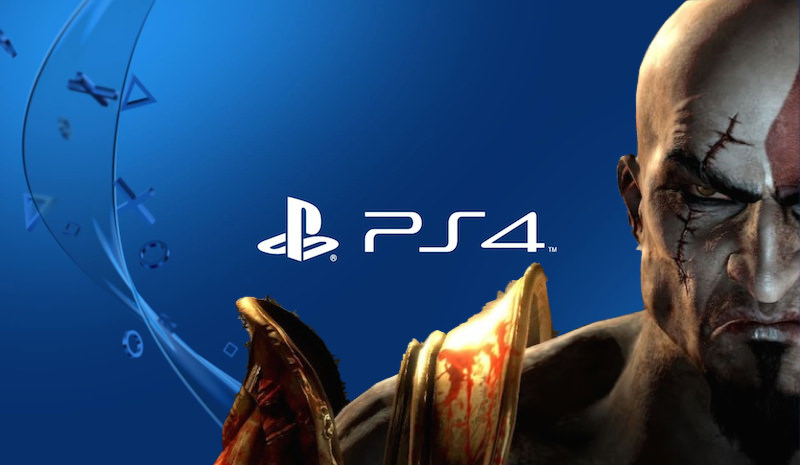 Every year greets us gamers with promises of fantastic games that push the boundaries of our graphics cards and brings the temperature of our PCs and consoles into the red-zones. We gamers grip our mice, keyboard, and controllers in anticipation of demos and release dates, but sometimes these games can be disappointing.

This list below is precisely that very same feeling as I put together the top games to look out for in 2017 – and hopefully none, if not a few, will be disappointing.

A PlayStation 4 exclusive, the open-world game takes place in a post-apocalyptic land that’s filled with roaming mechanical creatures known. Players control Alloy, a hunter, and utilize every skill and resource available to her to progress through the lands. The game is developed by Guerilla Games, the studio responsible for the amazing Killzone series. Their last Killzone game, Killzone Shadowfall had one of the best visuals in a PlayStation game, a trait many are hoping will successfully transition over to Horizon Zero Dawn.

The Legend of Zelda: Breath of the Wild (Nintendo Switch & Wii U)

What better way than to launch a brand-new console with a legendary story as a launch-title? The Legend of Zelda: Breath of the Wild breathes life into Nintendo’s latest console, the Nintendo Switch. Breath of the Wild switches it up from the previous style of Zelda games by giving players an open-world environment that lets them explore and replay dungeons whenever they want. It’s also the first Zelda game in the wild to feature full on voice acting in all its cutscenes.

Tom Clancy’s Ghost Recon: Wildlands puts gamers in the open Bolivian wildlands to conduct extreme reconnaissance where they are tasked to take out the cocaine cartel, Santa Blanca. Following in the footsteps of the Division’s open-world cooperative play and combining it with the tactical and (mostly) realistic gameplay of Tom Clancy games will be making Wildlands quite an entry into Tom Clancy’s Ghost Recon series of games.

Nier: Automata takes place in the post-apocalyptic universe of the fourth ending of the original Nier game on the PlayStation 3. It’s produced by Platinum Games, known for producing the action-packed and combo-driven Bayonetta and Bayonetta 2, and published by Square Enix (Final Fantasy series). Nier: Automata will have a very in-depth combat and weapon system, allowing players to strike their enemies with quick-attacks and long combos. Players can expect the most epic of boss battles against gargantuan foes mixed in with some platform-style of gameplay. The game is also an open-world game where players can explore and … fish.

Kratos, the guy that tore up half of Greece to kill the gods and the mythical beasts of Greek mythology is now back for the Norse mythology. God of War on the PlayStation 4 will let players see a new side of Kratos: As a father figure for his still-unnamed son. By the looks of the trailer, Kratos should be less angry than in his previous games. But I can confidently say that we’ll still see a whole lot of Kratos slaying mythical beasts across the lands.

After its great success with Grand Theft Auto V, Rockstar Games is now working on yet another great open-world game set in the old wild west: Red Dead Redemption 2. Unfortunately, not much is known about the game yet, aside from it featuring both single and multi-player gameplay and that it’s slated for a late 2017 release. What I know though, that it’s probably going to be very awesome: Open-world, wild west, from Rockstar? Yes, please.

Days Gone is an action-adventure survival zombie game that takes place in an post-apocalyptic open-world setting. Players will be controlling Deacon St. John, an ex-bounty hunter and drifter that lives a life on the road – never settling down. The game takes place in a world two years after a global pandemic that killed most of humanity and transformed the others into zombies. Players will be able to use a variety of methods to carry out their objectives and progress through the game.

One interesting fact about this game is that it’s made by SIE Bend Studio, responsible for the Syphon Filter series that started in 1999, and Days Gone will be their first game since 2010!

Ever since Gran Turismo 6 in 2013, racing game fans (myself included) have been awaiting the next release – which was finally announced as Gran Turismo Sport at the 2015 Paris Games Week.

The game will feature three game modes: Campaign, Sports Mode, and Arcade Mode. Gameplay will be available in both offline and online. Gran Turismo Online Championships that will be officially managed by the FIA (Fédération Internationale de l’Automobile) will also be present; the championships will be held twice a year and winners will be honoured at the FIA annual prize-giving ceremony in Paris. Gran Turismo Sport will also have VR support, but only limited a special VR mode.

The Last of Us Part 2 (PlayStation 4)

Save the best for last, right? After taking the gaming world by storm with one of the most fantastic storylines in video games, Naughty Dog is back with the second instalment of The Last of Us. Even if the game isn’t going to be launched in 2017, I just had to bring it up as one of the games people should keep their eyes on throughout the year as it develops. All we know about the game now is that it continues Joel and Ellie’s story five years after the first game, and nothing else. We’ll have to really keep an eye on this one.

***
This post was written by Lord Tan from iPrice group, a price comparison and meta-search engine based in Malaysia, Singapore, Philippines, Thailand, Vietnam, Indonesia and Hong Kong.