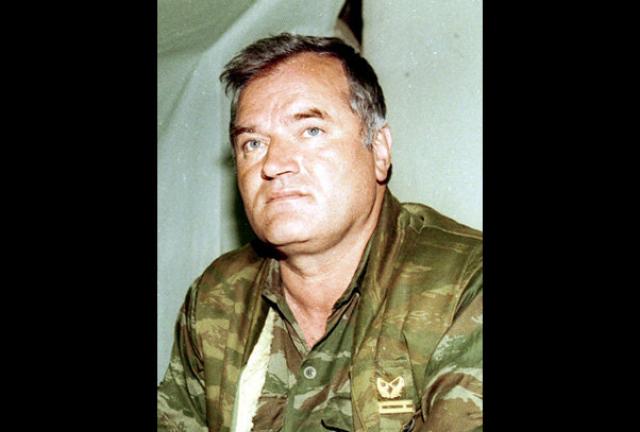 The arrest of General Ratko Mladic, commander of the Bosnian Serb army during the 1990s conflict, means the last top-level official accused of genocide and war crimes in the former Yugoslavia will finally be brought before the Hague tribunal.

Serbian president Boris Tadic confirmed that the former general had been arrested inside the country. The arrest was carried out by the war crimes department of the national Security and Intelligence Agency, assisted by Serbian police, in the village of Lazarevo in Vojvodina, northern Serbia, where Mladic was reportedly living with a cousin. The Serbian news site B92 reported that Mladic gave a false name but was cooperative when he was detained.

Mladic appeared in court later on May 26 at the start of extradition proceedings which could see him sent to The Hague within a week.

In an immediate reaction, the office of the prosecutor at the International Criminal Tribunal for the Former Yugoslavia, ICTY, issued a statement welcoming Mladic’s arrest and calling this “an important day for international justice”.

“Ratko Mladic’s arrest clearly signals that the commitment to international criminal justice is entrenched. Today’s events show that people responsible for grave violations of international humanitarian law can no longer count on impunity,” the statement said.

The Hague tribunal issued a separate statement describing the arrest as a “milestone” in the ICTY’s history which “brings the institution closer to the successful completion of its mandate”. It noted that only one of the 161 individuals indicted was still at large – Goran Hadzic, who is wanted to face charges over the killing of hundreds of Croat civilians in his time as head of a self-declared Serb entity in Croatia.

The statement expressed hope that Hadzic would be arrested “in the very near future”.

Mladic was generally believed to be hiding in Serbia over many years, and questions over why he managed to remain there undetected for so long have hampered the country’s efforts to move towards European integration. In a pointed reference to the implications for Serbia, Tadic said, “We have concluded a difficult phase in our history, and removed a stain from members of the Serbian nation wherever they live.” His remarks were quoted in the Belgrade paper Politika.

Moderate Serbian politicians welcomed the news, while the Serbian Radical Party condemned it and promised to stage a pro-Mladic rally in the near future.

Clearly mindful of the risk of protests, the head of Serbia’s police force, Milorad Veljovic, said heightened security precautions would be put in place in Belgrade and other cities, including around foreign diplomatic missions.

In Belgrade, an IWPR reporter said the city was quiet. People interviewed on the streets were divided about the arrest. Some echoed Tadic’s view that this would allow Serbia to move on, away from its recent history and towards accession to the European Union. Others, however, were saddened, saying Mladic was a hero who had fought for the Serb people.

In Republika Srpska, the Serb entity of Bosnia-Hercegovina, President Milorad Dodik issued a statement expressing confidence that peace and stability there would not be upset by the arrest.

"I hope Mladic will have a fair trial in The Hague, something which is guaranteed by human rights conventions,” he said. “The institutions of Republika Srpska have never supported or defended anyone who has committed war crimes, whatever their ethnic or religious background."

Bakir Izetbegovic, the Bosniak member of Bosnia-Hercegovina’s tripartite presidency, said, "This is a great day for all victims of war crimes in Bosnia, and for all states in the region. Justice is sometimes slow – in this case too slow – but it can be achieved."

Croatian president Ivo Josipovic said Serbia had taken a "major, important step towards EU accession" with the arrest, which would "greatly contribute to good relations in the region".

IWPR will be following this story with news analysis, comment and reactions from the region and from the Hague tribunal.