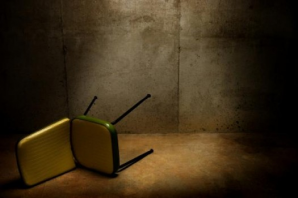 “An accused who maintained his guilty plea alleged that he suffered torture and other ill-treatment inflicted on his genitals at Camp Kami”, the report says.

You read some of the allegations of torture  inflicted by the Rwandan military intelligence unit (J2) on some detainees as published in a new report by Amnesty International – and it makes you absolutely sick.

“This report details unlawful detention, torture and other forms of ill-treatment and enforced disappearances, mostly of civilians, at the hands of Rwanda’s military intelligence, known as J2. It is based on information gathered during more than two years of research, including seven visits to Rwanda. The report documents more than 45 cases of unlawful detention and 18 allegations of torture or other ill-treatment by Rwandan military intelligence in 2010 and 2011. Some individuals who were disappeared remain in secret detention in 2012. Amnesty International believes that the actual number of people who were detained and who were at risk of, or subjected to, torture and other ill-treatment during this period is higher than those documented here”, the report said.

One prisoner at Kami Camp describe the torture of his genitals. Meaning his penis.

“An accused who maintained his guilty plea alleged that he suffered torture and other ill-treatment inflicted on his genitals at Camp Kami. He also said that he was repeatedly hit during his detention there and blindfolded for prolonged periods. He offered to show signs of the torture to the judges, but they refused and did not order the prosecution to investigate this further” (source: Rwanda Amnesty International report http://www.amnesty.org/en/library/asset/AFR47/004/2012/en/ca2e51a2-1c3f-4bb4-b7b9-e44ccbb2b8de/afr470042012en.pdf).

Most cases of genital torture include kicking and crushing prisoner testicles.

Doctors say the male genitals are at once the most vulnerable and most sensitive part of the male body. Some say it is the most extreme, sadistic and effective method of torture (see video: James Bond Torture Scene http://www.youtube.com/watch?v=lfibZbhfxRM ).