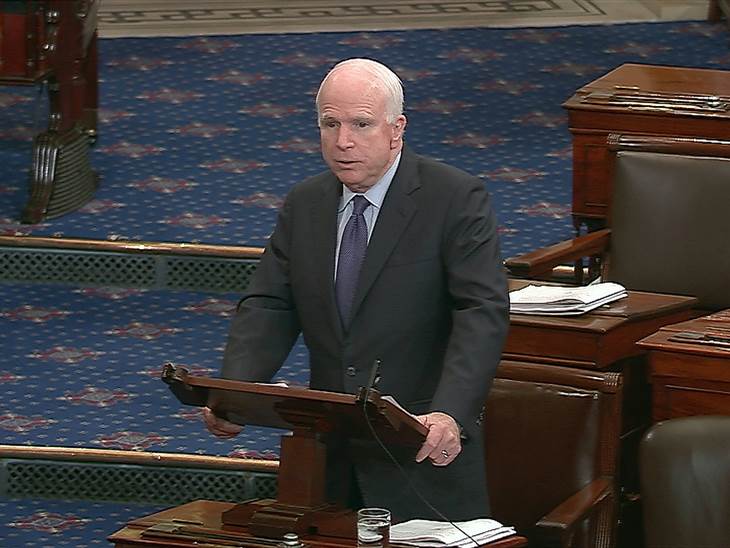 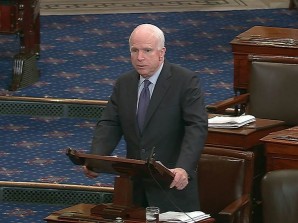 “:Madam President, I wish to begin by expressing my appreciation and admiration to the personnel who serve in our intelligence agencies, including the CIA, who are out there every day defending our Nation”, said McCain.

again. I thank them for persevering against persistent opposition from many members of the intelligence community, from officials in two administrations, and from some of our colleagues.

Filed under: Corruption, News
Share Tweet Pin G Plus Email
previous article: “Over the past couple of weeks, I have gone through a great deal of introspection about whether to delay the release of this report to a later time”, says Feinstein
next article: “I believe the American people have a right–indeed a responsibility–to know what was done in their name”, argues McCain