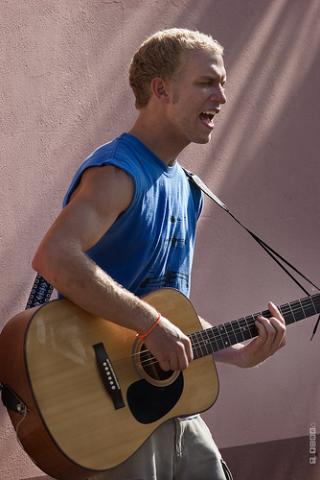 It’s fair to say that almost everyone has been guilty of stealing music from their favourite musicians at some stage.  As consumers, we’re generally not great at repaying our idols for their time and labour.

Before 2000, many would have most likely taped others’ records, tapes, and/or CDs while, post 2000, many may have made copies of CDs and illegally downloaded music.  In the minority of cases, it leaks straight from the production house into the scrupulous hands or others.  And in the majority of cases, it’s a matter of many people gaining copies of music which one person legally purchased.  Unfortunately (for musicians), Pandora’s Box was opened many years ago and there’s currently no way of turning back.

To state an obvious fact, the horse has bolted as soon as a song is turned into a MP3 file.

Where does this leave musicians of today that want to stay true to their craft – but make enough money to support the expensive process of making music?  Industry heavyweights like Trent Reznor (from alternative / Industrial band Nine Inch Nails) have weighed into this issue and lamented that musicians can simply no longer rely on download/CD/DVD sales alone to survive.  This is a really bitter pill to swallow because it means that our beloved musicians have to become astute businessmen as well as learning the G chord.

Those bands/musicians from before 2000 that are blessed with a sizable fan base have been able to run with updated “market conditions” through relentless touring, merchandise sales, live webcasts, and sponsorship* deals.

*Previously referred to as “sell-outs”.

However, for bands starting from scratch it is proving to be a different nut to crack.  The old adage of the cream will rise to the top still applies but it’s proving really tough for the public to even become exposed to the best in class in today’s cluttered society.

One prime example comes from the case of a UK-based Indie / Electronica / Alternative musician called Whitey (derived from his surname: White).  He first gained a record deal in 2003 and released a critically acclaimed first album.  In order to keep the momentum, he produced a 2nd album independently and promptly lost his record contract when someone unscrupulously got a hold of the CD, converted it to MP3 and then spread it throughout the Internet.  This has indeed a bitter pill for Whitey to swallow and left him in a financially (and seemingly emotional) dire position.

Even though Whitey had accumulated a sizable list of friends on Myspace, he went off the radar leaving his fans wondering.  After a 6 year hiatus, he re-surfaced and independently released a follow up album in 2010 – and then another in 2012.  Announcing to his fans that he was done with "ludicrously one-sided offers, arrogant A&Rs and hammering on closed doors", he’s been forced to turn to funding platform Kickstarter to get his 2013 album financed and released.

Music enthusiasts will recall in 2000 when Metallica highlighted the current state of affairs facing musicians with their fight against Napster.  However, it seems to really hit home when it knocks the wind out of up-and-coming musician’s sails.

What’s the solution?  The vast majority of professional musicians that are currently plying their trade are still working it out.  Fortunately or unfortunately, they’ve got to promote heavily through social media and explore all revenue generating avenues.  However, this isn’t necessarily the strong suit for the artistic type…

What does the author of this article think?  I think that consumers (i.e. us) need to exercise a little more compassion and become aware that they are in fact stealing when it comes to getting their hands on new music unscrupulously.  Support your favourite artists by seeing them when they are performing in town, buy direct wherever possible and think thrice before clicking on the download button.  Otherwise, we may well discourage the next [insert your favourite artist] to make a career out of music.

About Luke Simmons:
Luke is a lover of music, travel and all things exciting/interesting. He is also the co-owner of bytestories.com which is a new (and fun) website dedicated to sharing entertaining stories.  He created this site because he firmly believes that everyone has a story to tell…