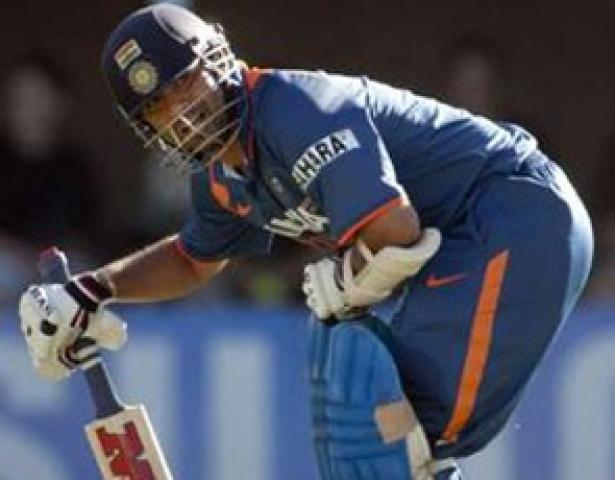 New Zealand – Auckland: An injured Sachin Tendulkar is also doubtful for the fifth one-day in Auckland on Saturday, after the rest for the fourth ODI against the Kiwis. Earlier, it was known that Tendulkar would refrain from playing even if declared fit for the game.

The Indian team management now doesn’t want to risk it, especially after India having won the series 3-0.

During the second ODI in Wellington Sachin’s woes started after he suffered a massive blow on his abdomen by a fast delivery from New Zealand pacer Iain O’Brien.
Despite the stiffness, Tendulkar decided to go ahead with the third match of the series. Not only he scored a magnificent century, his 43rd in limited overs cricket, but also aggravated his injury. As result, he had to miss the fourth ODI in Hamilton.
A Magnetic Resonance Imaging scan, conducted at a hospital in Christchurch, revealed that there had been traces of internal bleeding, ruling him out of the next match.

Tendulkar had said, “The report has indicated there has been internal bleeding in the stomach. But I should be ready to play in the next couple of days. It is painful that I have to miss a game when there has been good momentum. I have been hitting the ball well.”