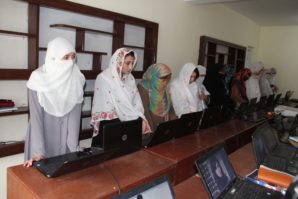 participants of training on hospitality and waiter 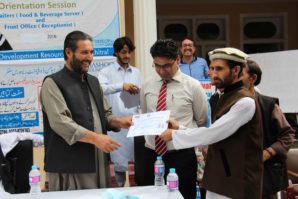 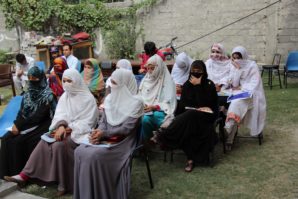 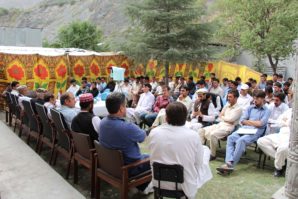 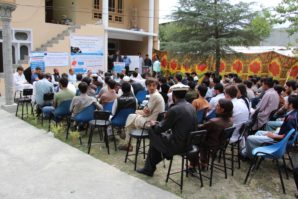 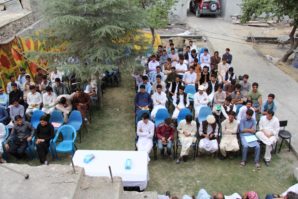 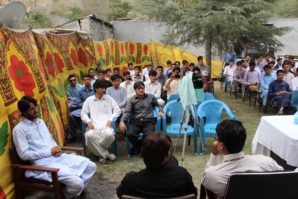 The purpose of the training is to impart skills to the selected youth belonging to disadvantaged families of Chitral’s remote and least accessible areas and seek their economic and social empowerment by providing healthy income earning opportunities by this training.

The inauguration ceremony was kicked  by Haji Maghfirat Shah, District Nazim Chitral  including notables of Chitral.  Shams Uddin, Program Manager HF welcomed the guest and shed light on the objectives priorities of the project. He also highlighted the importance and growing need of HMTP in district Chitral, where tourism industry is going to increase with complete opening of the Lowari tunnel. Regarding the project, he said that HF’s TUSDEC project is aimed at reducing poverty amongst the youth of Chitral by providing them income earning opportunities within hospitality industry. He further informed that about 100 students have been registered for the newly launched training program.

Addressing the forum, Aftab Ali Baig, Master Trainer said that Hashoo family is the pioneer in hospitality industry within Pakistan and that RoC has initiated HMTP for the first time in Chitral, which is going to be the hub of tourism industry in future.

In his address, Haji Maghfirat said that Hashoo Foundation (HF) has greatly contributing towards development of impoverished communities in district Chitral and that district administration will continue its support for materialization of HF activities in future. He also emphasized that HF has to undertake similar capacity building in HMTP training programs in district Chitral in future as well, which the youths of Chitral so desperately required.

Filed under: Business, Employment
Share Tweet Pin G Plus Email
previous article: Investor News: Regis Corporation (NYSE:RGS) under Investigation over possible Wrongdoing
next article: The benefits that can be gained from online shopping