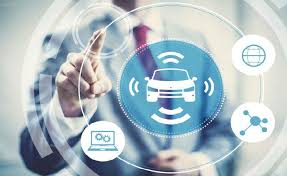 Let’s think for a while to live a life without transport, this thought will give you goosebumps because transportation has become a basic need of our life. We cannot imagine our life without transport even for a single moment. The basic purpose of transportation is to carry goods and people from one place to another. It played a very important role in human civilization. It brought revolution in human’s life. Transportation plays more important role than we think, it is not limited to people and goods but contributes a major role in the economy of all over the world. It has become a need of every business sector. Transportation has played a great role in the development of Political, social, economical and cultural fields.

Flying transportation has changed the world in big and small ways over the last 10 years. There was a time where passengers just have to sit on the plane and travel on very long flights. They could not move their bodies due to a limited space in the planes. Now the things have been totally changed. They have hundreds of option to facilitate themselves. They have a very long list of different airline companies that are providing a luxurious journey that makes you feel more relax, satisfied and reliable. Now you don’t need to sit for hours, you can have bed-style seats and even a cabin that looks like a room, and yeah! If you are feeling bored during traveling you can shop also in your fight because many airlines are having shopping stores in their planes.

Rail transport and road transport are both same in many ways. People take them equally most of the time, but they have a difference of time, services and costs. Rail transport is a wheeled vehicle that runs on rail tracks which carry passengers and goods from one station to another. Some countries are focusing on developing new railways. Rail transportation has got the rapid and wide change in more than half of the world. There are three basic types of trains;

High-speed trains are one of the great advancement in railway transport. It can operate 125mph or faster and connect large metropolitan areas of cities. they are compatible with regular passenger and freight trains.

Inter-city trains consider to be very convenient transport, it travels long distances and connects different metropolitan areas. It is comparable to airlines and operates at highway speed.

This kind of rail transport made our life easier, It connects suburban areas with metropolitan and central cities. It is used to be trade and supply goods to one region to another region.

Road transportation has various types of vehicles. Automobile is the most common vehicle of road. Automobiles are playing the most crucial role in the growth of economical, social and industrial in the world. It is getting rapid change in its technology. There are different kinds of automobiles which are now the basic needs of worlds, and even it describes your lifestyle and social class.

Watercrafts are the transport of water transportation such as a boat, barge, sailboat or ship; these are the bodies that move over the water such as a lake, river or canal, sea, ocean. Water transport mostly uses for a trade. Maritime shipping industry has more than 90% of world trade. This industry is contributing to expanding global economy and achieving a high level of efficiency. It has made our life easier especially for a business purpose. It this industry is getting tremendous growth in all over the world.

About: –William Morris is a Professional writer and he loves to Read a book and then he writes what they learn and experiences in his life. He is providing an Assignment Help to the student and he writes a many Blogs for the youth of 21 century.