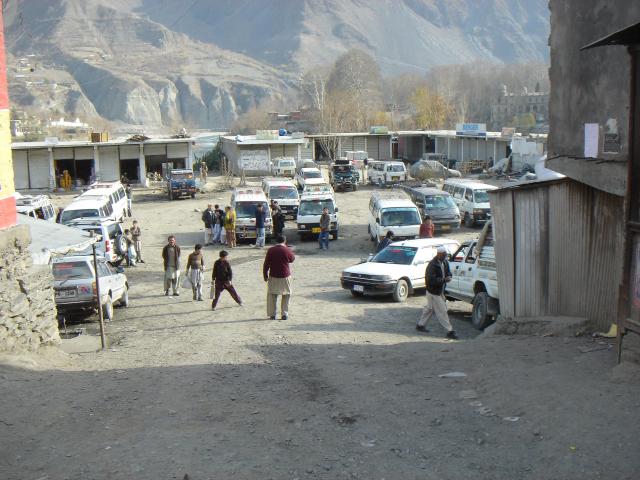 Shifting of Taxi stand lamented by masses and transporters.

CHITRAL: Residents of Chitral as well as transporters and Driver union strongly lamented shifting of present flying coach stand for and down districts to an unsafe and risky place on the bank of Chitral river. Mumtaz Khan president all drivers and transport union and Zahir Shah Manager of Peshawar Bus stand at Kroprasht  Bazar said that the present taxi and flying coach stand for Peshawar is situated in a very feasible and suitable place which is not causing for any problem in traffic. They said that there are 10 toilets, lady waiting room and other facilities for passengers. And it also near to city and passengers can reach their house by feet without spending extra money for hiring taxi. They said that some time flying coach reached to Chitral during midnight and passengers can get a taxi easily from this Bus stand or from nearby petrol pump as city is situated on walking distance but in case of shifting Bus Adda across the River at Danin, passengers will face a lot of problems. They will pay some 300 rupees extra to a taxi car to reach the Bus stand because it is situated on a distance from market and populated area. They said that not only the proposed bus stand will create problems for passengers but it also very dangerous because of situating on River bank and in case of flood passengers and vehicles can wash away. They said that we have legal license from Provincial Transport Authority but the present administration and Tehsil Municipal Officer disturbing us unnecessarily. They appeal chief minister Khyber Pahtonkhwa Amir Haider Khan Hoti for solving their problem and stop district administration from disturbing them otherwise they will be compelled to came on roads and also to block the roads in wheel jam protest. It is worth to mention here that the proposed flying coach has already been announced for Truck stand two years ago but Truck owners not accepting it and they still stand on main roads causing for traffic jam.