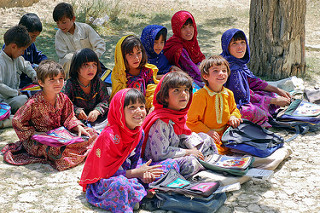 I was reading some articles on Pakistan’s literacy rate in which i read Punjab where i live has 59% literacy rate. Although i don’t believe it that literacy rate is 59 percent considering the men above 15 years of age. As we know that the criteria of counting a literate person here is that whether he/she can write his/her name or not and i believe by keeping these fact in view still the literacy  rate is far less than 59% but you can look at this Source : http://www.pakistantoday.com.pk/2014/04/04/national/adult-literacy-rises-to-57-percent-punjab-tops-balochistan-at-rock-bottom-in-literacy/ Today 23-12-2016 we had to travel on a local bus from one city to another city (Lahore to Multan) both lies in a same province. Upper Punjab has Lahore in it and lower Punjab has Multan. Remember literacy rate is different in upper and lower Punjab. To tell a little background about this scene we had 4 holidays coming up together from 24th (Friday) to 27th (Sunday) of December. And situation was that bus terminals all over Lahore were flooded by people, Advance bookings were closed, even the counters of different bus companies were closed and people only had a chance if they want to travel they can come little before the departure of bus timing and purchase their tickets. There was not a single bus service in whole town which had any seats to go anywhere. And obviously we didn’t stand a chance because i was not alone i had my family with me so i required at-least 5 seats.

From two days regularly i gave calls to the different bus service to get any time but i was in vain. Well i am actually going to share what happened during our travelling and what i observed. As i described before we have to reach at the bus’s place to get a chance and luckily because i get along with the mob i got a chance in a local bus service to travel on, i asked what the stops of your bus are and he said multiple names and one of them was “Multan” our concerned destination. It was dealt that people will give the rent for Sahiwal stop which comes before Multan and from there they will charge the rent for Multan. I purchased tickets of 5 people and got our seats dispersed in the bus. Anyhow it was the necessity of time that we had to manage that, as bus leaves the terminal the shit started happening as well. The bus conductor madly loaded the bus with passengers and there was not even a place to land a single extra foot in the bus. I was sitting in the second row and in front of me there was a top of engine of bus which was filled with passengers too i couldn’t even saw the windscreen of bus it was that much filled with people. I could saw students, old men, youngsters in the bus. No one except me and another man was complaining about the overloading of those passengers by conductor.

A karma happened when a person sitting beside me called “130” and complained about the conductor’s overloading which bring atmosphere of suffocation and so disturbing environment people were like pendulum in the bus. After asking little bit information of the bus, traffic police stopped the bus and after inquiry we came to know that we were overcharged as well. God may bless that person who called the police and that policemen who came in giving the challan to the conductor/driver and helped the people to debit extra charged money. He already thought it was his day and he could do these means of earning easily. Conductor tried every possible excuse to get away with that live robbery but policemen didn’t let him to do so.

Let’s plot twist in the story the shocking part was except that one man along with me and very few individuals no one was even bothering to take that extra charge back, at that time bus had almost 60+ passengers and number of persons who asked to give their extra charged money back were maybe even less than 5 persons. The person sitting on the right side of me was a “Molvi” person who was with a white beard and was cursing the people in the bus that they are listening songs in the bus they are not Muslims and stuff, the other person standing on my left had a badge of “nalen-mubarak” (this badge has a sign of foot of prophet Muhammad P.B.U.H) on his shirt he was trying to be Islamic and he rode on a bus which was already flooded by passengers and was cursing the bus service and passengers as well.

Okay now when policemen took hold of the situation and asked the whole bus that are you satisfied and have you been given the extra amount back? He repeated it 2 times then the old man with white beard said with higher voice “yes, everyone has received the amount let’s go” which was absolutely false. So me and that man who called the police shouted “no. people haven’t received their amounts back, there are still many people left” so policemen asked again “if there are people left and they are satisfied?”  no one replied but there were sounds of conversations like they were in state of decision whether to ask for our money or not but in the meantime that old man shouted again multiple times ” everyone has received its payment, now let’s move “. That man who called police gave a comment to bus conductor that give him that extra charged money, he’ll give that to the passenger, the policemen believing his argument was right asked the conductor to return him the amount and he’ll divide it to the rest of the passengers. The actual extra amount he took was 2000/- rupees but again by showing cunningness conductor gave him half of it and said that now this person (who called police) distribute it among the passengers now and policemen went after completing the business and bus started to run over road. That old man falls among the 41% people missing literacy.

After all this happened the old man started passing comments unconsciously that “gladly, i wasn’t overcharged. They already took 300/-Rupees from me so it wasn’t a mess for me at all.” Surely old man was ill-literate, other person asked “if that’s the case then why you were not letting other people take their extra charged money back? Isn’t it a douche act you just have done?” then shamelessly that old man started laughing that, “he didn’t have any problem with the rent”. I could see his moral values there what he was saying when he first came in the bus and what he has actually done to the people of bus. That’s truly representation of a sick typical ill-literate mind. Anyhow at the bigger picture of story people were greeted and were more confident even though they feared asking their money back. There was just one person in bus who knows the rules and was educated enough to deal with the situation because of that single person the bus people were given back the extra amount which was taken from them.

Conclusion says if believing report mentioned above we got only 1 person in 59% of literacy rate. Imagine what will happen if this literacy rate truly goes to 100% in Pakistan, imagine what happen if each and every people get justice over these issues. I would also like to ask you who was truly righteous Islamic person?